Outcome could be explosive for banks, opening the door to floods of claims.
By Ciaran Ryan 3 May 2019  00:34 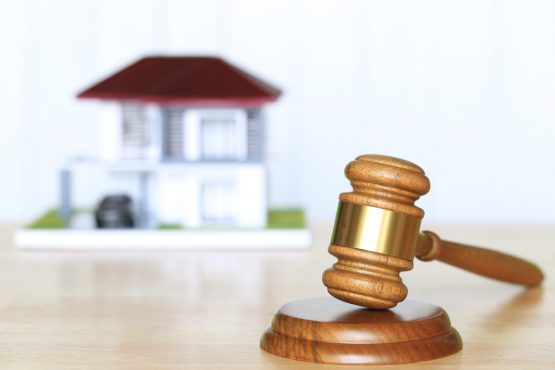 Legal consultant believes tens of thousands of homes may have been unlawfully repossessed in SA since 2007. Picture: Shutterstock

In a case due to come before the Eastern Cape High Court this month, Standard Bank is accused of double charging the arrears amount owed by a mortgage client, resulting in a guest lodge being repossessed and sold at auction for a fraction of its market value.

Guest lodge Homewood in Albany in the Eastern Cape was repossessed in January 2017 after falling R833 000 in arrears on an outstanding loan of R3.77 million.

The lodge owner is now asking the court to compel Standard Bank to provide a detailed breakdown of its arrears calculation, which he says was grossly overstated and resulted in him losing the lodge. He says he was forced to approach the court after the bank had failed to respond to several requests for this information. Standard Bank replies that the case has no merit, and has already been decided in its favour by the court.

Read: Are banks routinely overcharging on vehicle loans in arrears?

What is unusual about this case is that Homewood has accused the bank of ‘double dipping’ or charging twice for the same thing. This is believed to be the first time this has been argued in a South African court, though similar cases have been decided in favour of banking clients elsewhere in the world.

In its court papers, Homewood concedes that it fell into arrears on the mortgage loan after a fire broke out, prompting the bank to ‘accelerate’ the loan by calling up the full amount outstanding. Once a loan is accelerated (the full amount owing is claimed by the creditor), the law does not allow further instalments to be charged. Yet Standard Bank continued to add monthly instalments to his home loan account after accelerating his mortgage loan and obtaining judgment against him in January 2017.

The bank concedes in its court papers that it made an error in calculating the arrears due to a computer glitch.

Legal consultant Leonard Benjamin, who is advising Homewood, says this is an explosive admission by the bank, and urges home owners to carefully interrogate their monthly statements if they have been sued by the banks after falling into arrears.

“I believe many people have had their homes repossessed when they were not in fact in arrears.”

Homewood claims in its court papers that each time the bank adjusts its prime lending rate, it automatically capitalises any arrears – in other words, the arrears are added to the full amount outstanding, to be repaid over the remaining term of the loan.

This has the effect of extinguishing any arrears and increasing the principal sum of the loan.

The ‘double dipping’ comes in whenever there is a change in the bank’s prime lending rate. When the prime lending rate is adjusted, the banks typically capitalise any outstanding amounts owed (which should extinguish the arrears), but in many cases continue to run parallel monthly instalment charges. In other words, banks are charging twice for the same thing.

Benjamin came to this conclusion after Homewood’s arrears jumped from R833 000 to R1.39 million over a period of 18 months. The escalation made no sense, which is why Homewood is now asking for an exact breakdown of how the bank came to the arrears figure, which Benjamin says is possibly hundreds of thousands of rands less than what is being claimed.

The bank has conceded that it made an error in arriving at an arrears amount of R1.39 million, saying the correct figure was R833 000, though this too is disputed. The bank argues that it should not be compelled to provide the figures requested as the court has already ruled on the matter. It also denies that it’s arrears calculations on the adjusted figure of R833 000 is incorrect.

Yet it proceeded to cancel the mortgage bond based on an arrears amount that was more than R400 000 in error, claiming this is immaterial to its case. Homewood is asking the court to declare invalid the bank’s cancellation of the mortgage bond.

The bank then turns on Homewood and claims the lodge could not have been under any misapprehension that a mistake was made by the bank, and that the actual arrears amount was R400 000 less than originally claimed.

Going by this logic, every time the bank makes an error, it blames the customer for not picking it up.

In any event, Standard Bank argues, error or not, Homewood had stopped paying the monthly instalments and it was therefore within its rights to cancel the mortgage agreement. The bank also says it has supplied a comprehensive account statement. Benjamin says this is meaningless as it does not show how the arrears are calculated.

“I am astonished that double dipping has not been argued before in the SA courts,” says Benjamin.

“What this means is that possibly tens of thousands of homes have been unlawfully repossessed since the National Credit Act came into force in 2007, for two reasons: the banks have been incorrectly calculating arrears through double dipping, and then approaching the courts for judgment and sale in execution orders [giving sheriffs the right to sell repossessed properties at auction] based on this incorrect information. Secondly, once the bank adjusts its prime lending rate, all arrears are extinguished.

“The courts need to start paying much more attention to this, and the tremendous social upheaval caused by booting people out of their homes based on false figures and bogus legal arguments.”

The owner of Homewood also claims the bank has added unauthorised legal charges to his home loan account. Legal charges may not be added to a client’s bank account unless subject to ‘taxing’– in legal terms, this means costs must be authorised by an independent authority.

The bank is asking for the case to be dismissed with punitive costs, saying the allegations are speculative and unsupported by evidence.

“The bank has conceded that it made an error in arriving at an arrears amount of R1.39 million, saying the correct figure was R833 000, though this too is disputed. The bank argues that it should not be compelled to provide the figures requested as the court has already ruled on the matter. It also denies that its arrears calculations are incorrect.”

Not sure I understand this paragraph. The bank concedes that it made an error, but it also denies that its calculations are incorrect? Am I missing something?

I Know, the past few Moneyweb articles makes my head hurt , trying to figure out what the intent is of a given article is. I guess we live in a time where content is king , and not context ?

Hello Delmas: What does “context” mean in this context? I don’t get it.

The time has come to stop the banks from thinking that they are a law unto themselves.

…and borrowers should honour their loan agreements and contracts?

And the right to contracts that are not unfair?

Bob123, did you miss the point about the fire breaking out in the guest house, presumably reducing the borrower’s income and ability to service the debt.

In law this is known as vis majeur and normally overrides “normal” Ts & Cs.

“The bank is asking for the case to be dismissed with punitive costs, saying the allegations are speculative and unsupported by evidence.” and

“The lodge owner is now asking the court to compel Standard Bank to provide a detailed breakdown of its arrears calculation… He says he was forced to approach the court after the bank had failed to respond to several requests for this information.”

This would never have hit the press, and besmirched Standard Bank’s name, if they’d just provided the detail of the loan … which to be honest seems an entirely reasonable request.

Yep, Standard Bank are going to feel the pain for their foolish decision. Guaranteed.

Hope the courts set a precedent on these bank shenanigans forcing people out their homes and selling for a fraction of the value to their buddies.

Thank you Ciaran, very interesting article. Please let’s also not forget the over-charging by VW financial services on vehicle repayments. This article featured about 6-weeks ago and has mysteriously gone very quiet!

So the computer glitches in this case and unglitched in all others. Nope incorrect programming or deliberate double dipping. What about other clients who were robbed by this glitch. Yup blame it on the computer, machine learning to cheat? I give up. Moved on from Standardbank long ago.

Sadly I have a nasty suspicion it is not limited to Std. Who was that guy marketing an interest rate checker – maybe we need him back? Also smelly that the errors usually seem to be in the bank’s favour.

No, Paul, many errors are also in the client’s favour, but those errors are fixed first.

Those in the bank’s favour will sort themselves out.

While the blockheads at Standard’s superblock love coming up with slogans that bear no relationship to reality or Standard’s practice or procedures (“Simpler, better, faster”, “Moving forward” etc) their real credo appears to be “screw the customer”.

It is noticeable that why their IT is deficient in many respects, their programming always manages to benefit the bank at the cost of the victim, oops, customer.

The best thing that has happened to Standard Bank is the opening of lower cost, better service banks. The recent retrenchments and branch closings are typical Std reactions (with the pain, while unfortunate for the innocents involved, well-deserved), but hopefully the shareholders will get the idea that a customer-centric mindset is required.