Climate change is naturally on the agenda too. Image: Naashon Zalk, Bloomberg

An unclear commitment to addressing the risks presented by climate change could be just one of shareholders’ concerns that will have to be addressed by the Standard Bank Group (SBG) board at its annual general meeting on Friday.

While the bank’s policy on climate change is likely to be the focus of much of the meeting’s discussion, a number of activist shareholders are expected to raise other governance-related issues.

NGO shareholder activist Just Share has led the charge with a call to shareholders of the biggest bank in South Africa to vote against the re-election of five “climate-conflicted” directors.

It says the five directors – Trix Kennealy, Nomgando Matyumza, Priscillah Mabelane, Nonkululeko Nyembezi and Jacko Maree – are among the seven on the SBG board with close ties to the fossil fuel industry.

The worry is that with almost 40% of board members linked to that industry, discussion around climate change might not be as vigorous as it should be given the material and urgent risk it poses not only to the environment but to the bank’s business. It could encourage the toleration of an unacceptably high loan exposure to an industry that some say will be littered with value-less ‘stranded assets’ within years.

Although not focused on climate change, Active Shareholder, which advises NGOs on how to vote at AGMs, also has concerns about a number of the directors.

In his proxy voting advisory report, Mike Martin of Active Shareholder describes a board profile that reflects a lack of long-term planning by the nominations committee.

Only five of the 18 directors have served for more than six years; two have served between six and nine years, and three have served more than nine years. Of those three, chair Thulani Gcabashe has served for 16 years, Myles Ruck for 17 years and deputy chair Jacko Maree for almost 20 years.

Remarkably, despite their long tenures – well-passed the nine-year flag – the banking group describes Gcabashe and Ruck as independent directors.

Martin acknowledges that the Reserve Bank grants banks an exemption from the requirement to classify directors who have served more than nine years as ‘not independent’ but says he’s disappointed that SBG, which in previous years boasted that its governance “extends beyond compliance”, availed of the exemption.

“We have concerns with the independence of the board particularly in light of the long service of the chairman and the fact that the deputy chairman is not independent,” says Martin.

He adds that an additional concern is that three directors – Kennealy, Matyumza and Mabelane – are associated with another company, Sasol.

Martin worries that the overlap could have an unintended impact on attitudes to different issues.

In this regard he notes Sasol did not put the appointment of auditors to a shareholder vote until last year when it was obliged to by changes to the JSE’s listing requirements. Currently Standard Bank doesn’t put the election of its audit committee members to a shareholder vote. The Companies Act requires this but again the Banks Act provides an exemption. Not all banks, Absa and Nedbank for instance, bother to take advantage of this exemption.

Martin hastens to add that SBG is doing nothing it is not entitled to do but says that it seems intent on only doing what it is required to do. “It’s about attitudes and perceptions,” says Martin.

For activist shareholder Chris Logan of Opportune Investments, the worry is that ongoing generous remuneration is not aligned with the interests of shareholders.

Read: Maybe we’re not all in this together

“Each year the top executives each gets paid tens of millions of rands but right now the share price is at the same level it was 13 years ago,” says Logan who believes the well-paid management must devise a considerably new way of doing business; a way that will better align the interests of executives and shareholders.

They just have a problem with a black CEO and black directors.

Shareholders have been well rewarded. In the last 2 dividend declarations a total of R16 billion was paid to shareholders.

To say that the remuneration of directors and their actions are not in line with the interests of shareholders, that is a lie.

Zinger – can’t we just have a constructive conversation, without bringing the color of people’s skin into it. #obsessedwithrace.

@DR DRE – It seems like our very own government can’t have that constructive conversation you mention. Some people don’t like it when the shoe is on the other foot 😉

You can have that constructive conversation elsewhere with someone else, except me.

Another would be the banks tolerance for dealing with corrupt corporates like SAP.

Just one comment: Climate change is a load of bollocks!

Its a money making scam

Don’t be ridiculous. When a journalist starts using terms such as “climate deniers” and “climate conflicted directors” we know that the standard of written English has collapsed.

This is a very good study of how the left work. If one replaced fossil fuels with wind farms, then one can guarantee that our socialist protagonists would be very quiet indeed. This is not about conflicts of interest. It is about removing all opposition to the leftist cause. The left cannot offer any viable option to the use of fossil fuels apart from their rainbow unicorn windmill/ solar panel porkies. Their goal is the impoverishment and elimination of the middle class leaving the politburo lording over the peasants (that would be you). Empty shelves, no power, running water or food. The socialist outcome. Removing funding from fossil fuels by demonising the directors who stand against them would hurt Standard Bank shareholders. This would simply raise the return of those who will lend to this sector. The next step of the left would be to target customers of the bank. The problem with most people is that they are not particularly intelligent or astute. Most would believe the lying MSM than bother finding out the truth for themselves. Once the left starts coercing clients to leave the bank, the writing is on the wall. The bank will abandon their clients and present the diabolical left with another victory. The left have taken over education, organised labour, government, the media, SOEs and the last bastion of free enterprise is business. It is already infiltrated and weakened and constrained with BEE, diversity, labour laws, social license and other diabolical left wing concoctions. The left will destroy South African with the full consent of the electorate. Coming to a place near you. Soon.

Businesses are here to make money for their shareholders, period.

These climatologist activists must get out of our business. Go and ambush Firstrand or something.

The Left are a disease.

Mmmm, the left keep the right honest and accountable and on their toes – painful but necessary. 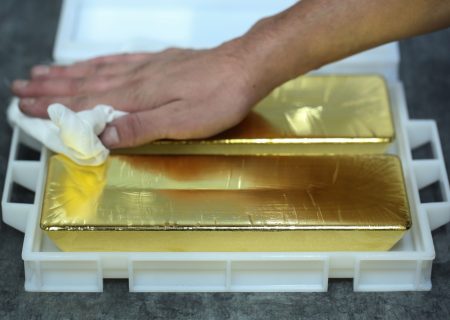