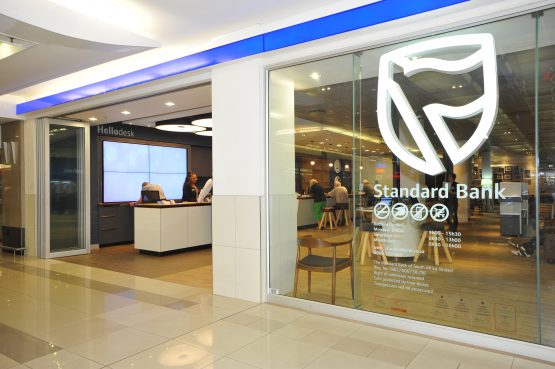 Standard Bank, one of Africa’s largest lenders, says it will only provide financial products to clients in the oil and gas sectors who commit to reducing their greenhouse gas emissions.

In its Fossil Fuels Financing Policy that was released on Thursday, the bank says clients who engage in oil and gas activities will also have to ensure that they have implemented oil spill preparedness and response plans in order to receive financing.

Among other requirements, the project owner would also need to provide updates on its performance related to water use, waste generation, energy consumption, and greenhouse gas emissions.

The project owner will also have to put in place sound labour practices such as ensuring that there are policies in place to protect workers’ health and safety and have policies in place regarding prevention of child or forced labour in their operations.

Projects that are deemed high risk will be monitored by due diligence committees to ensure that they comply with the financing policy. Post-financing monitoring will also be required on an ongoing basis, the policy reads. The bank will review the policy every two years.

The project is expected to catapult Mozambique to a middle income economy by 2030, but climate campaigners have criticised the bank’s involvement in the project, considering its potential risks for the environment, biodiversity and climate.

“The first project is still in its early stages of development with the second not started, but we will be monitoring them very closely [to ensure] that they are acting in a manner that is in keeping with our policy,” he said.

The policy also covers the requirements for the funding of coal projects. South Africa has the 14th-highest carbon footprint globally, largely due to its reliance on coal. Coal remains a significant source for power in countries where the bank operates, but over time it expects countries to move towards a diversified energy mix that would reduce reliance on thermal coal-derived energy.

Because of the country’s reliance on coal, Fihla says the bank will continue to support thermal coal projects for the purpose of energy generation.

But “when we do participate we will follow strict guidelines with regard to the nature of the operation, the use of coal, the transportation of the coal … to ensure that environmental rehabilitation can take place.”

Before funding projects that require coal, the bank says it will first evaluate the energy situation in the region and future energy demand in relation to government’s energy strategy, climate change, carbon commitments, and adaptation plans. It will also consider transition plans that reduce the client’s carbon footprint.

“The ideal is to move to much more cleaner ways of generating electricity, but it’s a journey,” Fihla said.

“We are fully aware that climate change is a material risk to our ability to generate value for all stakeholders over time, and to our purpose of driving sustainable development across the continent,” says Wendy Dobson, Head of Group Corporate Citizenship at Standard Bank.

Of the group’s total loans and commitments worth R1.53 billion at December 31, 2019, 0.27% was for coal-fired power generation, 0.35% was for coal mining (extractors) and 3.02% was for oil and gas projects. Lending to renewable energy projects during the period accounted for 0.80% of its loan book.

As noble and “earth friendly” it is, it wont stop the SA Govt crooks from securing finance from Russia, China, North Korea and other undesirables to fund their thieving schemes.

Watch this share price slowly start to tank…South Africa is not a first world country where we can make such decisions.. There are so many new banks that the big four are all struggling for clients, business and revenue.

Already you will notice queues outside all Standard Bank branches as their service levels start to dwindle..

Agree 100%, que’s aplenty plus once inside it isnt a pleasant experience and you wait for hours for your number to be called. In fairness ALL banks are terrible, the only time positive things are said by a banking customer is because their banks apps or internet banking allows them to do more themself, the minute you actually have to engage with anyone or a call centre at a bank to get anything done is where your sh$t starts.

Agreed, it is not as if they can afford to be picky as to whom they do business with.

What finacisl rewards will they get for the decision?

Management will continue to get very good salaries and possibly matching bonusses while the investor cuts spending/trims down and lives poorer!

It has been tanking for a while already.

Dropped 2% in the same day while other banks like Capitec (up 2%) and Tyme move up.