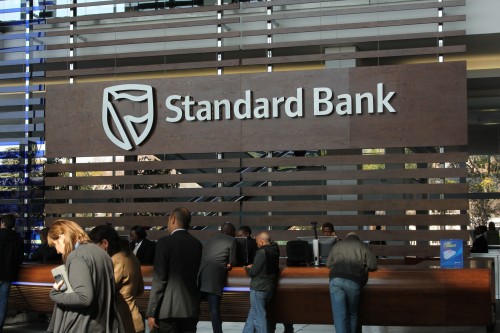 After reducing the CEOs’ pay in 2014 following losses at the bank’s London unit, remuneration “has been normalised,” Ted Woods, chairman of the remuneration committee, said in the annual report. The two CEOs “met most expectations fully in 2015,” he said. “Failures were limited in scope,” Woods said, without giving details.

Tshabalala and Kruger were each paid more than Barclays Africa Group CEO Maria Ramos, who received R28.2 million last year. The heads of FirstRand, Investec and Nedbank Group were all paid more than the dual CEOs during their latest fiscal years. When the compensation is combined, Standard Bank paid its CEOs more than any other South African lender, except for Investec.

To see what other CEOs of South African companies are earning, you can use Moneyweb’s executive remuneration tool.

does Std Bank still deduct the first 19hrs of overtime worked in their branch network?

This demonstrates the best, and worst of Capitalism.
Nobody, but nobody is worth R 30 million (even RA Rands) in a year.

It doesn’t really matter what they take in pay. The Gospel according to St Mavrodi allows everyone to have a pay increase of 30% every month.

mere mortals never get a pay rise, let alone a 43% pay rise, for an assessment of “fully met expectations” ….. in my days at Standard anything less than “exceeds expectations” was met with a “shut up and come back next year”