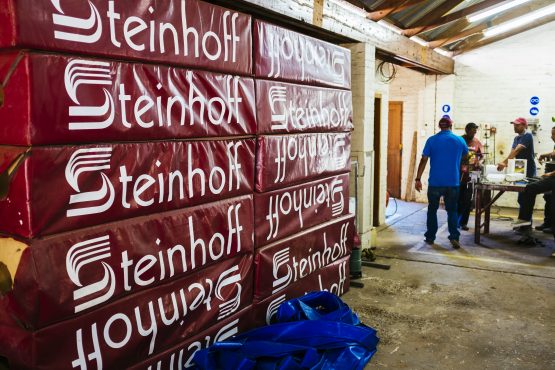 Steinhoff International’s European chain Pepco Group could be up for sale.

This is according to a report in Sky News saying that the group, which is at the centre of South Africa’s largest corporate fraud, is in talks to sell Pepco for €4.5billion (R86.5 billion).

Sky says Advent International, which sold Poundland for £200 million to Steinhoff a decade ago, has joined with Hellman & Friedman and Mid Europa Partners to retake control of Pepco.

If this deal is to go ahead, it will provide Steinhoff with much-needed liquidity after it was forced to write off billions leading to, and resulting in the collapse of its share price from R53.80 to under R5 in a matter of days at the end of 2017.

The fall in the value of its shares led several shareholders, including its former chairman Christo Wiese, to take legal action against the group.

News that Pepco is possibly for sale saw Steinhoff’s share price rally by almost 50% to R1.60 from its opening of R1.09 this morning.

Steinhoff on the rise

As said before, There will be nothing left for creditors and shareholders when ALL entities are disposed of and money gone.

Welcome back in the news Steinhoff.

We missed you and all the shenanigans

Creditors are seeing this through until at least 2021, at which point they will Simply defer repayment. Why get par when you can have upside.

This silly notion that Steinhoff is selling the entire pepco is Funny to me. They will float and give up 20% maybe 30%. Every day the ipo is moved out is better for Steinhoff since the bid already went from 3.4BN euro to almost 4.5 BN.

I’m still holding. Not sure if they will survive, but mattress firm is also looking good. The mattress craze in the us is strange to me, but there will be buyers for the remaining 50%. I mean Casper has an upcoming IPO and it’s bleeding cash.

Now to just get rid of conforama.

Fascinating case this. You will also notice Steinhoff changed its business purpose as that of an investment holding company (i.e hold majority stakes but not 100% in their underlying).

Good luck to all. Let’s see what happens. Change to get a holiday house or go to Clifton once a year.

Why hasn’t Jooste and the CFO been charged yet for the US$7 bn hole in the financials??? PwC did all the groundwork and now says it’s “confidential”.

Imagine if they went after Jooste and Wiese and the cadres : they would not need to sell…

Are Jooste and the other dozen or so CA’s from that board still listed as CA in good standing? I am unsure whether to renew SAICA until all the scum bags are delisted!

Have ABSA and SANLAM seen any money back from their billion plus personal loans to Jooste????

Fortunately : never had one penny in this cashflow contradiction of 20 years in the making

This is not a short squeeze.