Steinhoff deals come back to haunt it in PwC investigation 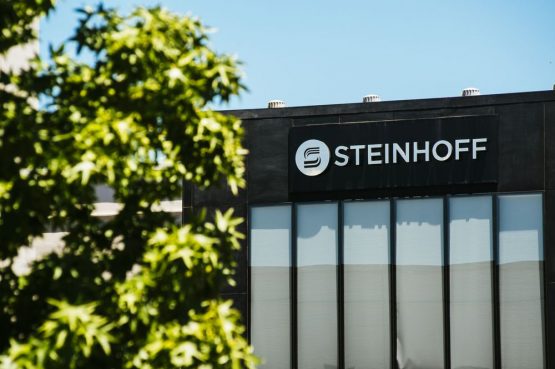 For 20 years, global retailer Steinhoff International thrived off deal-making — from the US and the UK to South Africa and Europe. Now, some of those transactions are back in the spotlight, and not in a good way.

The long-awaited summary of PwC’s more than 3 000-page forensic investigation into Steinhoff’s activities has identified what it described as fictitious and irregular transactions with parties that appeared to be closely related to the same small group of people. Irregular transactions with eight firms not tied to the Steinhoff group from 2009 and 2017 amounted to 6.5 billion euros ($7.36 billion), the 10-page PwC summary released on Friday showed.

The summary did not name the deals the auditing firm had found to be questionable, but said they fell into four categories, including profit and asset creation, asset overstatement and reclassification, asset and entity support, and contributions.

“In general terms, the PwC report finds that the fictitious and, or irregular transactions had the effect of inflating the profits and, or asset values of the Steinhoff group,” according to the summarized report. “The PwC report identifies three principal groups of corporate entities that were counter-parties to the Steinhoff group in respect of the transactions that have been investigated.”

PwC was mandated by Steinhoff to study the retailer’s accounts when it disclosed irregularities at the end of 2017. Swamped with work, the auditing firm was limited to investigating transactions dating back to 2009, the summary of the report shows. The full report will not be made public because it is “confidential and subject to legal privilege and other restrictions,” the accounting firm said.

Documents seen by Bloomberg show that companies linked to Steinhoff’s former Chief Executive Officer Markus Jooste sold car-dealership properties and forestry plantations to Steinhoff for far more than market prices in transactions that began as early as 2001. Jooste couldn’t be reached for comment as his phones didn’t ring when called by Bloomberg on Friday. His lawyer didn’t immediately respond to an emailed request for comment.

An example of the over-valuation of properties sold to Steinhoff can be shown in the transactions linked to one plot, 28 Lake Avenue in Benoni, east of Johannesburg. The land, a little bigger than two tennis courts, is on a street lined by dilapidated buildings in an industrial area. Three nearby stands on that road sold for an average of 670,000 rand ($46,600) in 2007, online records at Property24show. A company linked to Jooste bought it in 2002 for 4.79 million rand and then sold the plot to Steinhoff’s property unit in 2007 for 33.7 million rand, records show.

Over and above the three groups identified as counter parties in various transactions “other corporate entities have also been identified together with a finding that there was a practice of using similar entity names and changing company names resulting in confusion between entities,” PwC said in the report. “Various transactions were entered into to obscure the extent of the overstatement of the assets.”

Jooste in September told South African lawmakers that the origin of the company’s woes related to protracted dispute with a former partner. He also said he wasn’t aware of the financial irregularities reported by the company the day he quit. Instead, he blamed Deloitte LLP for wanting an additional probe into allegations of financial mismanagement in Europe just days before the retailer was due to report 2017 financials.

What a great article. I learned so much.

Thanks for taking the time to add additional things I didnt know!

The real test for regulators and prosecutors will not be the conviction of the perpetrators, but rather the successful confiscation of the illegally acquired capital.

Initially it will be Markus Jooste who is on trial, but soon the focus will turn to offshore trust structures that hold his assets for his benefit, but not in his name.

The Steinhoff saga will turn into the bbiggest test for the “efficiency” of offshore structures.

Integrity is key 1 year ago

Shareholders cannot rely on listed companies auditors to act impartially and point out ongoing irregularities, that is now clear. The JSE is also remiss as it failed in its watchdog role to protect investors. Years of abuse “in plain sight” by Jooste and his gang went not just unpunished but lauded especially in relation to his “excellent skills at deal making.”

There are plenty others out there on the JSE, rampant daily abuse wrapped in good PR speak endeavouring to disguise nothing more than fraud.

Ayo never should have made the boards, no transparency, no questions, outright fraud.

In Steinhoff’s and Ayo’s cases the fraud pertains to the creation of non existent value which shareholders including pensioners by default have paid dearly for.

But abuse of shareholders funds takes many forms.

In the case of Balwin, again another company with no rationale for being listed the fraud is the relentless and quickening stripping of assets out of the listed entity into the hands of major shareholders and directors under the guise of “changing circumstances” if the PR spin is to be believed.

That the CEO Stephen Brookes can say with a straight face that properties are “sold” to directors at staff discounts whilst home buyers pay market prices for the same type of units needs to be investigated by the JSE as each unit sold to directors at a discount is a chipping away of shareholder value.

That the business model of this company changes overnight and R 5 billion odd of properties are going into a rental pool controlled by large shareholders in the listed entity including the CEO and then the listed company is part financing the deal is an outright asset strip making the company meaningless for ordinary shareholders to remain invested in.

But after the Resilient conjuring act, the doubts over Capitec, EOH, Aspen, the guess is nothing will happen and shareholders will again wake up substantially poorer.

The JSE is a poorly regulated casino, taken advantage of by unscrupulous operators.

Obviously the JSE and Auditors won’t do anything..both get paid by Steinhoff for a service:
– Steinhoff pays the JSE for listing and the JSE makes money on each trade
– Why would any company pay an auditor to find and expose faults in their accounts?!?… They would pay the auditor who is most likely to help them with their books…

Don’t you see… the entire system is flawed!! Exact same cases are happening in the USA on the NYSE….

I fully understand SAICA’s problem. South Africans write new regulations faster than anybody can interpret or enforce it. There is a huge capacity to legislate, without any capacity to enfors the new lefislation. We have reached the stage where we need people who can regulate the regulators. The layers of legislation create more jobs than the industry they are regulating. This is the end game for capitalism.

Now that PWC has finished their 5000 page reports, maybe they’ll have time to properly audit Aspen and that other one? Hopefully this exercise reduces their blind faith in the charismatic senior management at these firms

I am astounded that the directors did not apply diligence on big corporate actions and investments. They claim that they were hoodwinked but it sounds like they were fast asleep at the job being lulled into fettered status through expensive travel and benefits – you are the big boys! Hah! I know one director who claimed that his key contribution was attention to details as in minutes corrections. Very comforting for massive losses from shareholders. At least the minutes were correct. The fact they did not apply their collective minds to these transactions is sheer negligence and they should be brought to account.

Why is Marcus Jooste still walking free? He should’ve been behind bars for lifetime, by now. Alas! He’s probably already out of the country, pulling a Gupta trick.

Markus Jooste could not have and did not act alone. Without careful planning and co-operation of CFO , COO and most likely Chairman of the board it would have been impossible. In order to fully understand the people involved people have to dig in the past companies of the directors. Wiese was involved in both Tollgate and Pinnacle Point to name just two instances. Both of these involved directors large loan accounts, pension money invested by unions, dubious valuations of properties, blind auditors, a web of cross sureties in companies, related party transactions and assets which eventually landed up in the hands of ex directors for a fraction of their true value. Markus Jooste is an amateur compared to others involved in this.

What ever happened to that guy Deiter that handled all of Steinhofs property portfolio. He personally must have amessed a huge portfolio himself.

KAPS forestry assets must also be put under question.