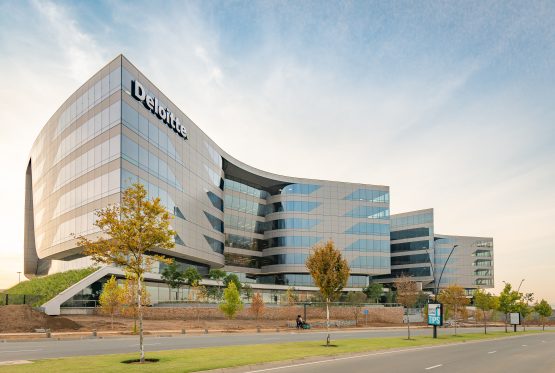 Was the audit firm ever investigated? At least one Steinhoff shareholder thinks not. Image: Supplied

The latest in a very long list of Steinhoff-related court challenges places audit firm Deloitte at the heart of the “accounting irregularities” that triggered the collapse of the Steinhoff share price in December 2017.

According to the court papers neither Steinhoff nor PwC has looked into Deloitte’s role in what was the biggest ever destruction of shareholder value in South Africa. PwC was appointed in 2018 by Steinhoff to investigate the events surrounding the accounting irregularities.

Although Steinhoff had promised the parliamentary portfolio committee it would investigate Deloitte’s role in the destruction of R200 billion of shareholders’ funds, the court papers reveal that PwC said it was given no mandate to investigate Deloitte.

The man behind the latest action, Cape-based lawyer and Steinhoff shareholder Jan Lamprecht, says in court papers lodged last week: “The conclusion is almost inescapable that Deloitte was never investigated at all.”

Audit firm ‘would not cooperate’ if investigated

He adds that in early 2018 when he started investigating Deloitte’s role, Steinhoff’s lawyers Werksmans Attorneys asked him to stop, on the grounds that Deloitte would not cooperate with the restatement of the 2014 and 2015 financial statements if it was being investigated.

Neither Steinhoff nor Deloitte responded to Moneyweb’s request for comment on the latest court action. Deloitte has previously indicated it only became aware of the accounting irregularities in late 2017.

Lamprecht lodged his intervention application in support of the bid by the founders of Tekkie Town to have the global retail group liquidated and the proposed settlement scrapped.

In his court papers Lamprecht states that implementing the settlement agreement proposed by Steinhoff would prejudice efforts to pursue claims against Deloitte for breaching its duties in terms of the Audit Profession Act.

The proposed settlement agreement – a Contingent Payment Undertaking (CPU) – brought in terms of Section 155 of the South African Companies Act, includes a ‘no-liability clause’ that would protect Deloitte from subsequent claims by shareholders.

Lamprecht claims that the requested waivers suggest that the findings contained in the PwC report implicate the directors and related parties.

He also suggests that Deloitte’s offer, disclosed in February this year, to contribute R1.2 billion to the settlement sum, “can be interpreted in no other way than an admission of guilt”.

The R1.2 billion contribution was made on the basis that Deloitte does not admit any liability for losses incurred.

All in all, Lamprecht believes the Section 155 compromise is not intended “to secure the interests of creditors but rather the interests of directors, officers and entities related to Steinhoff”.

He adds that for this reason the current management of Steinhoff cannot be trusted and that the rights and interests of all “interested parties” would be best served if Steinhoff was placed under the control of independent liquidators who would be accountable to court.

Lamprecht, who has already instituted a damages claim against Deloitte in the Gauteng High Court, says Deloitte was appointed to perform the company audit for 2014 and 2015. The financial statements made for those years “were made pursuant to a negligent performance by Deloitte of its duties”.

Lamprecht says he had relied on these financial statements when he purchased over R11 million worth of Steinhoff shares in November 2015.

Of course, Deloitte is guilty. They missed a US$7,4/R129 billion
hole in the financials. Now Deloitte refuses to “cooperate with the restatement of the 2014 and 2015 financial statements if it was being investigated.” What a disgrace!

All of the big five Consultancy groups should have lost their licenses long ago. They have been too complicit in state capture and accounting fraud.

I always wondered what liability would be picked up by the auditing firm at the time. Steinhoff is to big to fail. They need to get over these legal wranglings, save jobs and learn lessons to be ethical going forward.

If investors could not spot the train wreck Steinhoff was LONG before that December email, they should blame themselves for falling for a shyster like Jooste, not blame everybody else.

Everything is somebody else’s fault nowadays

The reported audited financial results reported what was really happening : lots of non-cash and non-trading income, incredible journal entries for intangibles.. Anybody that read the cash flow statement could see it quite clearly. The fraud was the unreported related party transactions. Auditors don’t audit for fraud. No I am not a retired Deloitte partner.

If the clever analysts who fine comb the AFS on a daily basis didn’t pick this up and still rated the share as a “Buy”, then how on earth could Tannie Sannie from Brandvlei pick it up by looking at the cash flow statement?

Tannie Sannie is not the one bringing billion rand claims. Those are sophisticated investors

Who said that the “Talking heads” actually do any proper analysis? They are paid to drum to talk up the market, not to tell the truth.

Sean Holmes as sell-side analyst at JP Morgan spotted the problems with Steinhoff around 12 (?) years ago. He was sued and derided by Steinhoff for his analysis and views. At the time, he was the only analyst with a SELL on Steinhoff.

Oh trust me, no one thinks you are a retired anybody. Keep it taaaktikaaal

Oh trust me, no one thinks you are a retired anybody. Keep it taaaktikaaal

Oh gosh! I have an obsessed fan who never moved on from high school

You are so correct Johan : most people though don’t understand the role of auditors :They are not doing a forensic audit when reporting the fairness of annual financial statements .

Not true, while an annual audit is not specifically named or mandated as a forensic audit some aspects of forensic audit is nonetheless implied. The audit firm signed off on multiple years of financials no doubt stating in their audit report that the financials were in line with accounting standards and that no material discrepancies existed. This was not true as the irregular transactions not only constituted fraud but certainly was not in line with accounting standards. It was the auditor’s job to ensure that such a massive misstatement of the financials had to be picked up and corrected. This is not only a case of white collar fraud, but also one of gross failure by the auditing firm.

If auditing firms are not required to analyse the client’s transactions for both completeness and legitimacy, then the entire exercise is meaningless. Simply stating that the compilation of the financials from the ledger adheres to accounting standards while not testing the ledger itself would render audit reports useless for the end user.

Agree with banana_republican. That’s why you have auditors. The bigger the company becomes and the more systemically important it becomes, the more thorough the audits should become. If intangibles are > 100% of NAV, the company pays almost no tax, it talks up growth in an ex-growth industry and debt keeps increasing, maybe audit/scrutinise a bit harder.

Maybe Tannie Sannie did not sell because Christo came onto the radio and assured listeners that there was no truth to the story in the German magazine. The red flags had been pointed out to Christo and instead of acting with due care he denied that Steinhoff had done anything wrong choosing to blame the article on a jealous competitor

Seems like in the Corporate world the recipe is the same …role players blaming another Likewise Ortotouch/Pickvest sage where the so callefdispute between Zephan(Nic Georgio) and Bosman Visser (Rikus Myburgh) led to the agony of 18000 investors and Hans Klopper implemented the BRP WITHOUT INVESTIGATING THE SO CALLED DISPUTE!!!!! If that was done the culprits would have been slain 10 years ago but for some reason this has been conveniently overlooked. Paper trail and bank statements can never be removed!

And, Steinhoff relays on a Gauteng High Court Judgment that companies and not shareholders must hold directors responsible but Steinhoff does not act accordingly against their own.

To borrow from Benjamin Franklin, it takes many good deeds to build a good reputation, and only one bad one to lose it. With almost all of the big consulting firms becoming more and more unethical, regulators should work hard together to better control the consultancy business by rewarding consulting companies who adhere to true business ethics and imposing heavy penalties on those whose conduct is unethical. Ethics is an issue that many of us tackle regularly; we are often faced with hard choices, choices that can mean the loss of a potential project or client. But we remain committed to our values: Transparency – Respect – Integrity – Honesty.