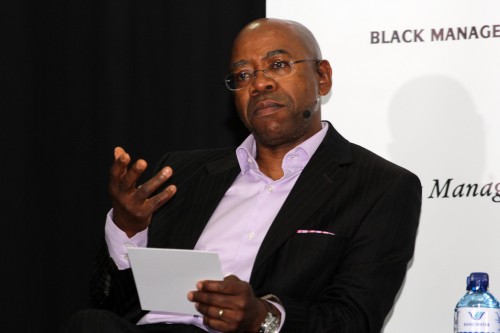 Business Leadership South Africa (BLSA) says it will ensure that those found to be liable for Steinhoff International’s demise are prosecuted.

“We need to isolate [and] expose the few that have acted in a manner that is less than wholesome and in some instances even in a fraudulent manner…. We will be the strongest proponents that somebody needs to go to jail for this, otherwise what we stand for will amount to nothing,” CEO Bonang Mohale told a media briefing where BLSA reiterated its commitment to fight corruption on Thursday.

His comments came just one day before Steinhoff’s annual general meeting (AGM) in Amsterdam. Investors hope the AGM will provide more clarity on the way forward for the embattled furniture retailer, after an accounting scandal wiped out more than 90% of its market capitalisation.

“In the case of Steinhoff in particular… with the facts before us – there is no doubt that the intent was corruption and if you intend on defrauding people you will find ways to hide it in a manner that ordinary boards will find difficult to unearth.”

Mohale said in line with the King IV Code of Corporate Governance, the amended Companies Act held individual directors personally liable. The Steinhoff debacle could be a “test case”.

The business community simply couldn’t accept being painted with a black brush because of the actions of a few entities, he added.

BLSA has engaged with firms previously implicated in corporate corruption, including Steinhoff, KPMG, SAP and McKinsey to understand the issues and to demonstrate its commitment to work with them to restore good corporate governance.

“In the case of Steinhoff for instance, this is probably the biggest blight in terms of magnitude – but also because of the people involved – because all of us have been conned.”

Mohale said on the surface, Steinhoff was one of South Africa’s greatest investors and probably had one of the most competent boards, which included individuals who knew how to run big, complex entities, but who were blindsided.

As part of a set of “ambitious proposals” to inform the current socioeconomic engagement agenda, BLSA said it was committed to working with law enforcement agencies on bringing state capture and corruption cases to court speedily, to protect anti-corruption whistle-blowers, working with the South Africa Revenue Service (Sars) to restore tax morality and expediting VAT refunds and to assist in ensuring social grants reached their intended beneficiaries.

In an effort to boost the economy, president Cyril Ramaphosa, on Monday announced that government aimed to raise at least R1.2 trillion ($100 billion) in new investments over the next five years.

Mohale said BLSA understood that the president was looking for $100 billion of foreign direct investment (FDI) as well as $100 billion from local investors.

“If we achieve these figures I think it can double our GDP growth that we’ve experienced up until now.”

Business wants to play a role in securing new investment, demonstrate that it is not on an investment strike and will ask its members to put their money where their mouths are, Mohale said.

He added that its members could help the president by ensuring that it was more understanding when dealing with state-owned enterprises (SOEs).

Since government was the lender of last resort, SOEs were unlikely to default and therefore unlikely to be unable to meet their covenants. Against this background it would ask some of the banks to restructure loans to SOEs in the long term, he said.

“It gives them a little bit of breathing space. We do that in our private businesses when we are falling into hard times but we also look at favourable terms as compatriots, as patriotic capital.”

BLSA would also ask its members to consider to avail resources – including suitably qualified and experienced individuals – to serve on the boards and management of SOEs and would work with government to optimise its SOE portfolio to cut waste and improve efficiency, profitability and cash flow.

Absolutely. The ANC and the public sector do not have the complete monopoly on corruption.

Can someone please give us the facts of the Steinhoff matter? Until that is done, BLSA and others threatening jail time for all and sundry are merely acting as kangaroo courts.

Hi BLSA. How can we believe you? Who and when did you last prosecute?

Yes, how about JZ for a good place to start – and don’t say it is already being done, add your support.

Before the Steinhoff aggressors are taken to court, the people involved in State capture who have been dipping into the cookie jar for much longer periods, they must be charged and their cases heard in court. Do not use the Steinhoff case to sweep the theft from State Capture under the carpet.

Picture it…Jooste, Wiese, Zuma and Malema in the same jail. Funding of the prison system will be controlled by them with a JSE listing in 2022

*lol* yes, it will be called the “JWZM” Exchange Traded Fund. It will be listed in a new “Crime” sector 😉

we can but hope.

Agreed – methinks also add all the ”delinquent corporate players” in the JCI (the thief) circus saga, every one that helped to conceal and defraud others (Randgold the victim), in fancy structures, shares, IBUK transaction, cash, fancy motorcars all over (driven by TSEC and JCI and Ferraris – without number plates parked in TSEC underground parking garage etc.). Investec local and the London branch with their fatty fingers now urgently needs to be investigated as KPMG with shady auditing reports protected Investec, against a insolvent JCI, by illegally ‘’funding them’’ and thereafter cashing in millions!

Its time to ”bring it on” – and I think Mr van Heerden should volunteer to come clean and /or start publishing compliant signed financials for JCI that has been outstanding for more than 10 years. KPMG, after all got paid millions!

All the above has been out in the public domain, and extensively reported on…without any action by the main players and or official reporting/regulating agencies…to date, this still remains the biggest UN-prosecuted fraud in South Africa…

Funny how old Gerry now wants to go after Juluis for a couple of million…the above fraud must now be in excess of R 35 billion!

“Old Gerry” does not want to go after Juju for a couple of million. He wants to ensure that the leader of a political party is held accountable for fraud and corruption allegations which the NPA has failed to do. This is a totally different situation than that of Steinhoff. Surely this should not have to be explained?

Does not matter how many people are prosecuted and sent to jail, I (and many other shareholders) am still down a significant amount of money and until I know how this could be recovered I have no interest in revenge.

We are all down a significant amount of money. Recovery will be dependent on the investigation and court cases.
If we follow djza’s comments then there will just be more and more of these companies. Bring them to court so that the full story comes out and the company can recover.

I think you are totally deluded. When you read about the investigation confirming a pattern of transactions over a number of years across a variety of asset classes that led to a material overstatement of income and assets values – does this not suggest fraud to you?

I am pretty sure the PWC report will reveal VERY serious fraud.

I can only assume you bought some share a bit above R2.

If it looks like a fish,smells like one and is as slippery as one,then surely BLSA asking for jail time cant be too far off the mark.Or is it because of who the face of BLSA is????.Now jog along!!!!!!!!!!

It’s not only steinhoff all companies on the Jse all of them should be taken to task eg abil bank getting away why?????????

The majority of South Africans read about State Capture and assume it is new and all about Politicians. It is far from the truth. Big business corrupted politics in this country many years ago. It is impossible to separate the two. Without money flowing from business politicians could not be corrupted. Sadly Steinhoff is not the only company some of the board have been involved in that has collapsed due to misrepresentation. Liquidations are big business in South Africa. Money is invested by unions, pension funds etc. this money is used to by assets. Value of assets are over inflated to attract more money from others and eventually some disaster happens leading to liquidations or partial sell offs. The people who buy these assets at rock bottom prices are usually related parties. it is wholesale theft. Not only of assets but of investors money. The stories are complicated and the reasons for the failure of the company differ but the bottom line is always the same. Certain people on the Steinhoff board have been involved in this for years. The oversight bodies turn a blind eye, the auditors are either fooled or complicit and the level of detail used to fool people manages to exclude proper investigation by competent authorities. Politicians are either paid off or in some cases included in the company at the start so that they are forced to offer protection. This is big business. It is what is ultimately drives state capture. 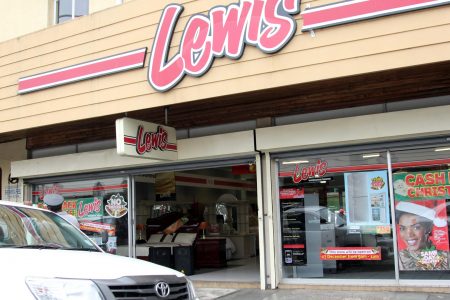