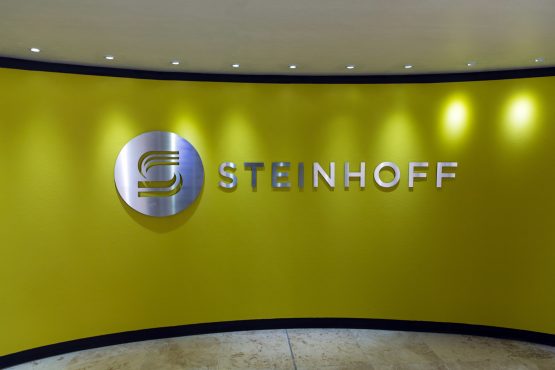 It was a case of ‘lots more of the same’ from Steinhoff’s 2019 annual financial statements. The fragile corporate entity that is Steinhoff International lives to fight another year – and payout more eye-watering fees to armies of legal and financial advisors.

In 2019 it continued to be technically insolvent and exist in the shadow of a qualified opinion from its auditors. And the highlights of the just-released 2019 statements continue to be the list of troubling related-party transactions that runs to pages, as well as a long roll call of legal claims against the company.

The fact is, since December 2017 the most interesting sections of Steinhoff’s results are not the rather dry figures contained in the annual financial statements (AFS) but the extremely long notes to those statements.

The web of related-party interests, which were first revealed in the 2017 AFS, made a mockery of claims to be King Code compliant by a board that had been stacked with corporate dignitaries.

Then there was the list of legal claims against Steinhoff, which featured surprising numbers of high profile South African business executives.

And this year comes news that a previously little-known entity, Conservatorium Holdings, has laid claim to part of Christo Wiese’s claims against Steinhoff.

Note 22.3 to the Steinhoff Investments financial statements refers to claims by Wiese-controlled entities Thibault and Upington Investments. The claims relate to the R24.69 billion that was invested in Steinhoff shares around 2016 when Steinhoff’s primary registration was transferred to the Netherlands. That investment is just under half the R59 billion claim Wiese lodged against Steinhoff in April 2018.

It seems the 2015 purchase of 314 million Steinhoff NV shares, which was done in Upington’s name, relied heavily on bank loans and that Conservatorium has emerged as the ‘owner’ of some of an undisclosed portion of those loans.

According to note 22.3: “During July 2019, Conservatorium Holdings LLC, the legal successor in title to Upington’s lenders was granted leave, through Dutch legal proceedings to levy a pre-judgement attachment on Upington’s claims against Steinhoff NV and SIHL. As such in March 2020 Conservatorium initiated intervention proceedings in the High Court of South Africa for Conservatorium and Upington to be named as plaintiffs in the proceedings.”

This latest revelation might add to concerns about pressure on Wiese to liquidate part of his substantial investment in Shoprite, where he is the second largest shareholder with a 10.7% stake.

On Wednesday the Steinhoff share price slumped almost 7% to 95c with one analyst describing the latest figures as yet more evidence that Steinhoff is a “zombie company”.

Fees, fees … and that expensive freeze

He said that with the group spending another R3 billion on legal and financial advisory fees in the 12 months to end-September 2019 it was difficult not to suspect the company was being kept alive merely to generate fees for bankers, lawyers and auditors.

In addition to the advisors’ fees, the creditors are being paid out almost €1 billion a year for agreeing to freeze their claims until December 2021.

The group’s chief financial officer Theodore de Klerk says calls for liquidation of the group might seem reasonable but that option is significantly complicated by the many claims facing Steinhoff.

“It’s difficult to sell any of the large assets because of the uncertainty about underlying claims,” De Klerk tells Moneyweb.

“If we sold Pepkor tomorrow we might get R40 billion but there are claims against it.”

He said in December 2017 Steinhoff was centrally funded, which meant that a liquidation would have done a lot of damage to the underlying operations.

The restructuring put in place since then means that all of the operations – Pepkor, Conforama, Mattress World, Pepco and Greenlit Brands – are now independently funded. And, says De Klerk, generated “pretty healthy” earnings in 2019.

He acknowledges the group is technically insolvent but says that from a liquidity perspective it is still a going concern.

He stresses that the group’s stated objective is to reduce debt and agrees that this will require large asset sales, but then there’s that very long list of claimants.

“It’s a difficult balancing process,” he says. “We have to find a solution for the litigation and then for the debt.”

As for the fees, De Klerk says: “It’s not something we like.”

When will the former directors be sued? Law suits against the company make no sense as the loss in value was not due to contractual problems with the group. It was to due shenanigans that the directors failed to detect or stop. Some even participated in the demise. Weise sueing himself seems absurd

The share price chart in the above article articulates the prospects of SNH best. It reminds of a hospital heart monitor. When the low flat line stays flat (as is the case for the past two and a half years) – it means the patient is dead. There is no revival prospects.

Could not agree more.
Wiese should rather sue Jooste in his personal capacity. Let the gold diggers go after the stolen loot in the Jooste family. Allow the company to survive for the sake of the shareholders.

The ex CEO, Markus Jooste, has since deployed his ill gotten gains, with the help of his son, by buying companies like FMCG group Load Stone and have since sold this.

The oracle of RSA 7 months ago

No point in suing the directors either , the losses incurred is way more than the wealth of the directors . And I am assuming Jooste would have moved his money anyway to protect it.

The best outcome here is if Jooste goes to jail and everyone feels justice has been served. The money lost by shareholders was worthless anyway , as the company didn’t generate real money , so that’s gone and anyone that suffered a loss will have to swallow that pill and accept it

Mr Lawyer to his partners: “If we manage this correctly, we can make it last forever.”

Exactly, they are loving it.

No chance of that, they will employ the Zuma Stalingrad tactic.

Jooste will have developed amnesia, important bits of paper have already disappeared, people will disappear or become forgetful.

A Dutch jail has about the same level of comfort as a City Lodge here.

More proof that Wiese was NOT as wealthy as he claimed and secretly ‘divulged’ to all friendly journalists – he wanted to be seen as richer than Rupert and also wanted to control the companies he invested in – – – – yet he was not the real owner of the shares – but now he is the VICTIM.

Shame – feel so terribly sorry for him.

From Zero to Zero. 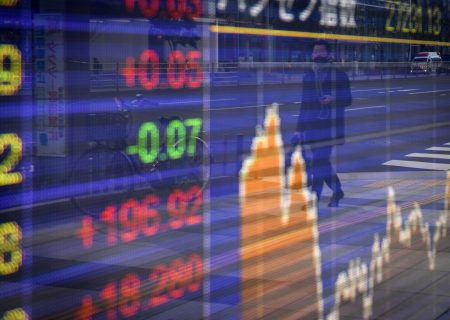 Mike Schüssler and Phumlani Majozi / 26 Jan 2021
An analysis of the impact of the lockdown measures.
29