Steinhoff pleas for investor support to save ‘burning building’

Chairman Sonn pledges to bring those responsible to justice.
By Richard Weiss and Janice Kew 20 Apr 2018  15:59 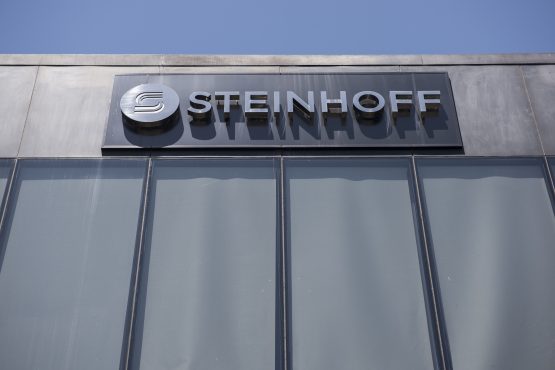 Steinhoff International Holdings NV’s chairwoman likened the retailer to a burning building when the accounting scandal broke four months ago, appealing for shareholder support for an ongoing investigation into the smoldering wreckage.

The owner of Conforama in France and Pep clothing stores throughout Africa said an investigation by auditors at PwC is well underway and had already uncovered the inflation of income and asset values over several years. More than 320 000 documents have been studied and 4.4 million records gathered in an attempt to find out what happened and who’s to blame, Steinhoff said.

Steinhoff was facing up to investors Friday in its first AGM since reporting a hole in its accounts in December. After laying out salmon wraps and fresh fruit juice, senior management gave an update on the state of the retailer’s finances and took questions on everything from debt levels to the reappointment of Deloitte LLP as auditors.

“We want to uncover the truth, show the world what has happened, prosecute any wrongdoing and reinstate trust in the company,” Sonn said. She reiterated that Markus Jooste, the former chief executive officer who quit when the financial irregularities were disclosed, has been referred to law authorities.

The shares reacted wildly, soaring as much as 23 percent before paring gains to trade 2.5% higher as of 3:47 pm in Frankfurt, where Steinhoff moved its primary listing from Johannesburg in 2015.

“The market is telling you it’s turmoil, that there is so much rot there,” Bobby Snodgrass, who holds about 100,000 shares, said in Cape Town, where Steinhoff hosted a live broadcast of the event. Investors “were misled by a charismatic leader and everyone listened to him. Those that saw red flags were at the trough and didn’t want to upset the apple cart.”

Steinhoff’s financial situation remains “very challenged” and the company has been “drained of working capital,” the company said. Even so, liquidity has been assured for now after 750 million euros ($922 million) was raised. The retailer has sold stakes in South African companies PSG Group Ltd., KAP Industrial Holdings Ltd. and Steinhoff Africa Retail Ltd. to shore up its balance sheet, though it said the strategy is unsustainable and debt needs to be restructured.

Ahead of a vote to re-elect directors, Sonn said it was important to retain executives with knowledge of the company to ensure survival. All board members have agreed to quit immediately if they are implicated in any wrongdoing. Besides, finding outsiders willing to join Steinhoff isn’t easy under present circumstances, she said.

Steinhoff is seeking to extend a 750 million-euro loan maturing in August and issued out of Hemisphere International Properties BV, the group’s real estate arm, the company said. Several of Hemisphere’s original bank lenders have sold the Hemisphere loan at discount prices.

A review of Hemisphere completed this month showed that the portfolio’s value is 1.1 billion euros, compared with a previous book value indicated at 2.2 billion euros. The company has also engaged with lenders of Steinhoff Europe AG, the European operational holding, as 770 million euros of loans come due in July and August. It is also talking to holders of convertible bonds.

One can understand the huge difficulties caused by the previous cowboy-style running of a large international group. What is however not said and not yet attended to, is to seriously and imminently cut operational expenses to the core in order to resuscitate positive cash-flow, attend to debt repayment and ultimate survival. Operations restructuring can no longer be ignored or extended.

“We want to uncover the truth, show the world what has happened, prosecute any wrongdoing and reinstate trust in the company,” Sonn said………a bit like she wasn’t there when all this went on?? I think uncovering the truth is what is expected of an NED before things go wrong – it falls to others to perform that role independently at this stage………..but what would I know???

I feel a bit sorry for Me. Sonn. This company was looted by the Skelmbosch crowd and their hangers-on. It has nothing to do with her and yet she somehow has to clean up the mess. To make matters worse, while regulators, lawyers and angry investors are snapping at her heels, it is hard to see any form of outside support coming her way. I wish her all the luck she deserves. Shame.

was the salmon good?

do’nt worry trust me
no big surprise the Anc is so corrupt , they had good teachers in the Afrikaaner