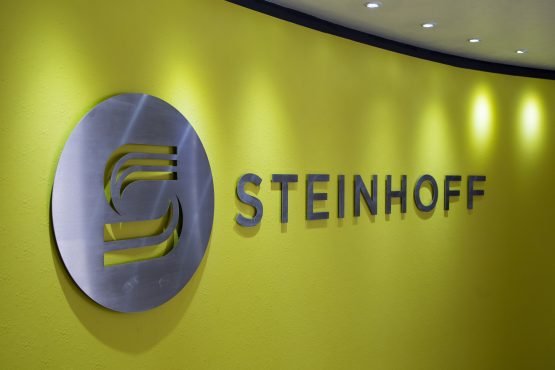 Steinhoff says the impact of litigation on the liquidity of the group is uncertain. Photographer: Dwayne Senior/Bloomberg

Steinhoff, together with certain subsidiaries, is facing a proliferation of legal actions including class actions across different jurisdictions. The material uncertainty with respect to this litigation resulted in a disclaimer of audit opinion from the external auditor. The inability to quantify and assess the validity of these legal claims further muddies the ultimate impact on the liquidity of the group.

A litigation working group has been established, comprising CEO Louis du Preez, supervisory director Peter Wakkie, and nominated supervisory directors Paul Copley and David Pauker. The working group, together with the group’s attorneys Werksmans and Linklaters (the litigation committee), will assess the merits of and responses to the legal claims. The litigation committee will also continue to explore ways of resolving and settling open claims.

Read: Dutch court to take on shareholders’ case against Steinhoff

A number of legal defences have already been filed, and steps have been initiated to recover from individuals and entities where appropriate. Perhaps the 2019 annual report will provide greater clarity.

The German litigation proceedings with the Seifert entities were resolved after the group closed the Poco furniture chain sale for a total consideration of €271 million.

A provision of €357 million (current: €175 million, non-current: €182 million) was raised in respect of the dilapidation of buildings, legal claims, contingent liabilities in respect of business combinations, and other provisions. No detailed breakdown was given, hence it is not possible to identify the provision for legal claims.

It is to be noted that the amount of €357 million represents the present value (at a pre-tax discount rate) of management’s best estimate. Not knowing the discount rate used, nor the period over which it was applied, makes it impossible to gauge the full extent of the provision for legal claims.

Steinhoff is also facing a string of legal claims for which it has not raised a liability. These are many and complex, but for the sake of brevity and to enable one to gain an understanding of the potential liability (and the devastation to the balance sheet had they been raised), I have summarised the legal claims in a table:

Contingent liabilities – no provisions made

* Vendor and shareholders’ claims have not been provided for. The management board, in consultation with its legal advisors, is in the process of quantifying and assessing the validity of all claims received, and potential settlement values. These values could not be reliably ascertained by the date of the annual report.

The financial review states: “The majority of the claims will not have an impact on the 2018 consolidated financial statements …” and further: “However, litigation remains a material uncertainty as to its ultimate impact on the liquidity of the group.”

I am of the view that the present value of these claims may have a significant impact on the continued viability of the group. Then again, the claimants would ultimately be picking at a skeleton.

The group will seek to recover losses and damages suffered. There will be no greater boost to corporate governance than for those who have ignored it to have their day in court.

– CE du Preez (with his ZAR30m salary) is just keeping his old firm busy charging large fees (see what Auditors charged)
– Claims by Wiese or his companies are to be fought – he should be joined as defendant.
– Wiese was part of the team – he is using is usual bully tactics, via the lawyers – to try and get a seat at the table when the spoils are to be divided – AVOID THIS PLEASE
– DU Preez is a Wiese appointment – please explain to him the concept of conflict of interest.
– As for GT Ferreira – he should simply take his pain and reimburse his wine farm people – HE pushed them into Steinhoff.
– Bad investment decisions should simply cost the investor money – not be an angle to try and recover from suffering shareholders.

Agree with your 1st three comments, especially re Weise.

The other comments – shareholders were lied to by Jooste, so their claims must stand and be awarded.

Steinhoff is being run by lawyers and we know what lawyers are all about ……. FEES

Please include Heather Sonn in your no – no members on the supervisory board. Not sure why she was elected to the board as her qualifications seem misaligned to her role, and, also according to Who who she has an affiliation to Pepkor – didn’t Wiese have a strong link to them as well

Until such time as the people see actual prosecutions out of all this mess, until people like Markus Jooste are actually sitting in prison for their corruption, fraud and greed, the investor would be well advised to steer well clear of this company.

It is actually shocking after all this time, plus the release of the auditors report that still no firm actions have been taken against anyone anyway! The board no doubt trying to minimise embarrassment?

Well, it seems the Group will soon have to apply for Legal Aid – what’s left in the fund after Zuma has raided it because even his latest church benefactors who are currently bankrolling his defense, will eventually be drained.
At least the new NPA head said she’s got enough money and resources (surprise/surprise), so if she can QUICKLY nab Markus Jooste and his three (or four) mates, track and freeze the stolen assets, the Group might breath again.
Maybe Legal Aid will have a little left for Jooste’s defense – otherwise Stellenbosch can pass a hat around….

As both Louis du Preez and the external counsel will be saying: “If we manage this properly, it could last forever”. Poor, poor shareholders

Disgusting – where are these guys? In SA?

What is your opinion of someone who purchased steinhoff at r20 and sold at r97? Because the share price went up, was this also fraud. Should they return the fraudulent returns? Better yet, should the shareholder also sue the company since the share didn’t rise fast enough before selling.

I’ll never understand suing companies when you lose money. It’s clearly not a riskless investment. Sue the individuals responsible, but this sounds much like a teenager not getting their way. Accept the losses and move on, but It is important that delinquent directors go to jail.

The share price went to R97 before the fraud was exposed…… free market movement based off financials which were supported by auditors.

The rise of the share to r97 was based off ficticious financials as well! Goodness graciou.

There is a double standard here clearly.

It is irrelevant that the auditors supported the opinion. Clearly based on all the restated figures, these opinions meant nothing.

My point stands. No one was complaining when the share rose and no one (analysts, PIC, retail investors) asled ANY questions about the questionable acquisitions and high debt before the collapse. You cannot just expect upside without downside. Again, the fact that you are relying on audit opinions for an investment case is not good enough. You’re saying fraud doesn’t exist until its exposed. Completely wrong.

Wiese would never have invested R30 bn of his own money in Steinhoff, had he known the earnings were fictitious. He has a forty year track record at Pepkor and Shoprite for solid earnings.

However, he and the board should have known that Steinhoff could not have made consistently higher profits, compared to the competitors, in such a competitive industry.