Steinhoff: Wiese and Schreiber to be sheltered

Group does a U-turn on its plan to regard them as individuals who could be sued for their alleged roles in its collapse.
By Ann Crotty 24 Mar 2021  00:01 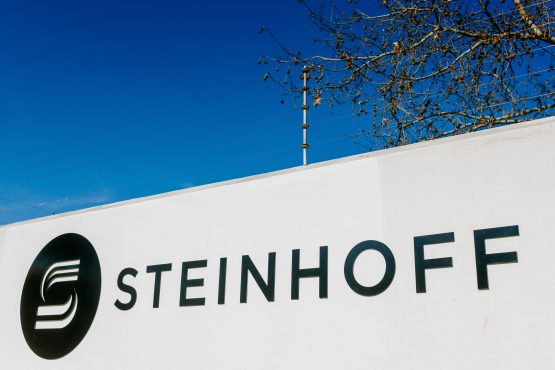 It’s not clear whether SA law allows directors to be released in the manner that has been proposed. Image: Waldo Swiegers, Bloomberg

According to the announcements, Steinhoff’s insurers have agreed to pay out €78.1 million to shareholder claimants “in exchange for certain waivers and releases”.

The waivers and releases are intended to ensure shareholders would not pursue their rights to take legal action against the directors.

A senior lawyer told Moneyweb it is unclear whether South African law allows directors to be released in the manner proposed by Steinhoff.

In none of the statements does Steinhoff explain why it has done a U-turn on its original proposal and now intends to release both Wiese and Schreiber from the list of individuals who could be sued for their alleged role in the collapse of Steinhoff.

Section 2.83.2 of the original settlement proposal published last year refers to “released parties” and defines them as “… all directors, officers and other personnel of the Steinhoff Group companies who work or have in one way or another worked for or been associated with a Steinhoff Group company, excluding the excluded individuals and Christoffel Hendrik Wiese …”

The proposal to release Schreiber is particularly puzzling given that he was very publicly named during a parliamentary hearing in March 2019.

During that hearing Steinhoff CEO Louis du Preez told MPs that eight people had been named in the PwC report into fraud at the company. Du Preez initially refused to disclose the names but under pressure from finance committee chair Yunus Carrim, and after taking legal advice, provided the list of names. That list included Schreiber.

A Steinhoff spokesperson told Moneyweb on Tuesday that Wiese had been included in the ‘release’ list of directors because he had agreed to the settlement proposal.

In addition, according to the spokesperson: “Schreiber has been included because he has been co-operating with the company, and he has acceded to the [settlement] agreement.”

In Tuesday’s announcement Steinhoff said it had reached agreement with the group’s insurers to pay €78.1 million to help settle potential claims against current and former top executives at the group. The payment will be made in terms of the group’s ‘directors and officers’ liability insurance policies, which protect the personal assets of corporate directors and officers in the event that they are personally sued for actual or alleged wrongful acts in managing the company.

News that Christo Wiese has now been placed on the list of individuals to be released is likely to heighten concerns that the former chair and single largest shareholder is receiving favourable treatment from Steinhoff.

The $1 billion settlement proposal announced late last year will see Wiese, who is categorised as a contractual claimant, enjoy a recovery rate of around eight times more than ordinary Steinhoff investors who bought their shares on the market and are categorised as ‘market purchase claimants’.

Hamilton, which is managing a case being run in the Netherlands by Dutch law firm Barentskrans and is backed by more than 25% of the market purchase claimants, would not comment on the latest developments.

However, one analyst told Moneyweb on Tuesday that as nothing new had emerged about the actual terms of the settlement, Hamilton was likely to continue to oppose it.

“A payout from the insurers was always on the cards, the only surprise is that it’s about half of what would have been expected,” said the analyst.

In addition to that, the $30 million offer to cover expenses related to claims was contained in the original settlement proposal.

The $1 billion available for settlement compares with over $10 billion of claims.

Read: Steinhoff remuneration sure to raise the ire of shareholders (Mar 8)

Christo Wiese got R4billion in cash, and later sold his Steinhoff shares for R27billion, and lost again most of the R27billion with his New Look company deals. He lost the R27billion outside of Steinhoff, Steinhoff was his vechicle to take his money out of the country, and it backfired on him.

My question was always: “what makes wiese such a special treated person in this mess, while it happened with him as one of the directors / shareholders? did he not know what was happening right under his eyes and now playing innocent myself – what is happening, simply does not make sense in the real world – sit on 2 seats at the same time – am i acting as an external shareholder or am i acting as director of the same group? – if the latter what about inside information available to me as director etc etc etc???

He is greed personified.

Let’s not forget about the “bolt from the blue”.:)

Wiese is whatever you want him to be, I have never met the man so cannot comment on him. I will say however that this company was so complicated that not even the auditors supposedly saw any irregularities. That would be my starting point because no matter what anyone did it still needed to be audited.

”Publicity is easy to get. Just be so successful you don’t need it, and then you’ll get it”
Anonymous

All of this had zip to do with Christo Wiese as a shareholder.
Did he contravene any of these Unethical Financial Compliance Practices?

Deceiving behaviour to distort transaction prices or the value of any security.
Distorting or attempting to mislead the appearance of public trading in a security.
Entering an arrangement to attempt to manipulate the market or market prices.
Not accurately disclosing the magnitude of risk of a security to a client.

The answer is No.

I am convinced that he (in line with compliance) relied on Steve Booysen and his highly qualified (CA’s) risk (internal audit) team – they reported or ring-fenced no problems.

Then why should Wiese ”jump up and down”?

I see, despite my warnings, my messages are not published.

Lets see if you publish this message!!

How does Wiese escape the Southern View Finance “situation”?

Steinhoff sold a shaky consumer debt book to Southern View, owned by Wiese at full price of around R16,000,000,000.
Not for cash but against a loan.
Steinhoff “earns” investment income on the R16b loan.
Southern View cleans the book earning tax benefits no doubt, and deducting the interest on the loan as well.
Steinhoff buys the cleaned up book back to cancel the loan and the unpaid investment income since acquisition.