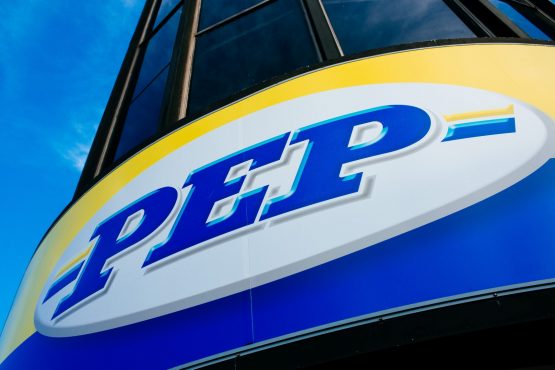 Pep will be responsible for nearly all of STAR's continental growth Picture: Moneyweb

Once it is listed on the JSE, Star, freshly unbundled from Steinhoff, will be a sizeable company with 4808 stores across sub Saharan Africa, revenues over six months of R29.2 billion and earnings of R3 billion.

Star will list on the JSE in a fortnight, on Wednesday September 20th at between R18 and R23 a share, which translates into a market cap of between R62 and R79 billion rand, just less than half of Shoprite’s R133 billion.

The Star placement is not a public offer, rather a private placement of shares with institutional investors that will supply the liquidity and public spread of shareholders necessary to satisfy JSE listing requirements.

Roughly 750 million shares will be issued, equivalent to 21.74% of the company. Of this 8.83%, worth R6.2 billion will be taken up by BEE entity, Lancaster, managed by company chairman Jayendra Naidoo. Steinhoff will be left with 78.26% of the company immediately after the listing.

If the offer is over subscribed, an additional 50 million shares will be issued after the listing, upping the outside shareholding to 23%.

The listing is but the first step in the strategy to create an African retail champion.

The second step will see Star acquiring 128.2 million ordinary Shoprite shares from the PIC, BEE group Lancaster as well as various Christo Wiese-related entities at R215 a share. This will give Star 22.7% of the economic interest and 49.85% of the voting rights in Shoprite.

In the process it will enable Wiese to combine his retail assets under one roof, a goal he has been angling towards for some years.

If its bid to acquire a further 8 683 327 Shoprite ordinary shares succeeds, Star’s economic and voting interest in Shoprite will increase to 23.1% and 50.61% respectively.

The merit of the Shoprite deal aside, the key purpose of the Steinhoff unbundling is for the market to apply an accurate assessment on the value of the Steinhoff Africa assets,” says Reuben Beelders, portfolio manager at Gryphon Asset Management. “The market has disregarded these assets, and Steinhoff is saying they are worth more.”

In 2013 Goldfields unbundled Sibanye Gold from its operations and in 2015 BHP Billiton did the same with South32. In these cases shares were distributed to shareholders (Steinhoff expects its shareholders to acquire the asset). In both cases the share price fell after listing, but thereafter gained significant strength. The same could happen in this case, says Beelders.

It is the “over time” aspect that concerns some. It is worth noting, that while Star is present in Africa, mainly through the PEP business, the geographic mix of the business is mainly exposed to South Africa. “We estimate this accounts for more than 90% of Star revenues, says Dirk van Vlaanderen, associate portfolio manager at Kagiso Asset Management. “While African markets outside of South Africa remain a key growth driver, the exposure currently remains relatively small in the mix.”

If it is the Africa growth story one wants exposure to, other JSE companies with more significant African exposure would include the likes of MTN, Nampak and Standard Bank.

Investors need to be prepared to invest for the long term given that growth in Africa can be volatile and building sufficient scale is expensive and can take a long time, he says.

With this in mind, the estimates on valuation, which are 17x – 23x FY17 earnings look a little too expensive, says Warren Buys, director of Florin Capital Management.

I dont understand this,so the current shareholder in steinhoff what did they get in this new listing

As I understand it – and may be wrong – STAR is a new entity – a subsidiary of Steinhoff Intl.
just another way Mr Wiese wants to offload the risk of SA holdings onto others – and Shoprite will be the golden goose
Not for me, thanks.