Steinhoff’s ‘only way to survive’: slim down, sell assets

The retailer is also looking to cut jobs at its French retail chain Conforama.
By Wendell Roelf, Reuters 13 Aug 2019  16:40 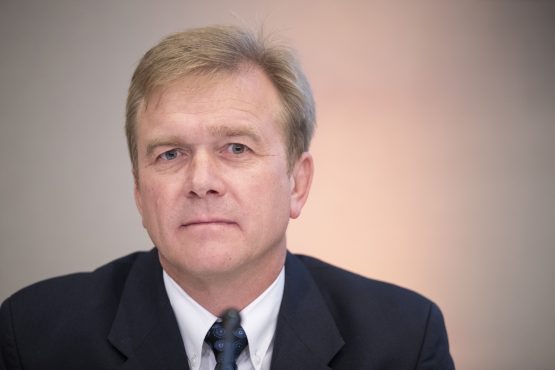 Scandal-hit Steinhoff’s only hope for survival is to sell off assets to become a retail-focused holding company, it said on Tuesday, as it fights to recover from a $7 billion accounting fraud and share price crash.

Established more than 50 years ago, the firm transformed itself from a small South African outfit to a furniture and household goods retailer straddling four continents before it shocked investors by flagging holes in its accounts in December 2017.

Since then, it has had to stomach losses of up to $4 billion a year and a dramatic fall from grace that has left it fighting to stay afloat.

CEO du Preez delivered a stark assessment of Steinhoff’s options at the company’s first public investor presentation since the scandal took hold, saying a radical transformation into a retail-focused investment holding company was its “only way to survive”.

Steinhoff has already sold a number of assets that do not align with that plan, and is looking to sell off others as well as cut jobs at its French retail chain Conforama, its management said during the presentation.

In a subsequent interview, du Preez said this would also give individual units more operational independence and decision-making power by reducing services like human resources and financing at group level.

The company’s Johannesburg-listed shares were up 3.88% at 1109 GMT as investors welcomed the news.

“There is a lot of work still to be done, but I think management is doing the right things and focusing on the right things, although it still has a mountain to climb,” said Sarine Barnard, an analyst at Investec Asset Management who attended the presentation.

The company has already sold off a number of assets, including an Austrian furniture chain and stakes in firms like KAP Industrial.

Its remaining portfolio includes furniture and household goods firms such as Mattress Firm Inc in the United States and the Fantastic chain in Australia, general merchandise outlets including Britain’s Poundland, and a host of clothing stores.

Asked about reports it was considering an initial public offering of its Pepkor Europe unit, which owns Poundland as well as retail chains Dealz and Pepco, du Preez said Steinhoff was considering all options and that no decision had been made.

Attendees said another big problem for Steinhoff is litigation. The company’s stock tanked after the scandal, and numerous investors are claiming compensation for losses.

CEO du Preez said the company was in talks to settle the lawsuits out of court, and hoped to deal with them in a single action.

“How to solve the litigation is key,” said Barry Cadle, a stockbroker with a personal shareholding in Steinhoff. If the company can get past the litigation, he said, it may lead to a rights issue.

Executives at the presentation said the ongoing impact of the fraud would leave Steinhoff fighting for profitability for years to come, even with strong turnover.

As part of its overhaul it may look to restructure struggling French retail unit Conforama – which has had to raise hundreds of millions of dollars to fund its business amid mounting debt and falling sales – and cut jobs, executives said.

Steinhoff’s total debt, at 9 billion euros ($10.09 billion), is also too high and needs to be addressed, du Preez said. Measures will be taken to deal with this, including the re-issuance of previous debt instruments, he said.

How on earth do auditors miss a US$7 billion hole in the financial statements?

Mr du Preez was a member of the Weise / Jooste board & secondly he is a lawyer by profession, so rather he leaves sooner than later together with Heather Sonn.

Any sale of assets will require lawyers, obviously Werksmans, who du Preez was part of prior to Steinhoff appointment …. go figure.

Don’t believe shareholders will ever see any money from Steinhoff.

Why has Steinhoff NOT laid criminal charges against Weise, Jooste, le Grange and others ?

I am so sick of Steinhoff announcements. Just put the whole thing up for sale and walk away.

Thank goodness you are far removed from an exec position.

Also, who is Weise?

Comments here are not really people that are going to split the atom. Let the board try to stabilise the company negotiate claims and maybe then sell and breal up the group.

People would be taken on by the buyers of the various divisions.

You also do not know if I am in an executive position or not.

So many high fliers profit and steal without talking any personal risks..

till that isn’t fixed no critique to “hard” working board members is unworthy.

Because that would be highly unethical to come on an anonymous chat and having any sort of input. Also, illegal. Want me to go on?

@pwgg you think that buyers will keep the current headcount?

If a private equity firm buys any unit, the first thing they’ll do
Is massivle cuts in employees. That’s why IBankers are considered angels compared to PE firms.

Acquirers will need to show returns and motivate their biy of the unit. 1. Slash staff 2. Exit stores even remotely underperforming.

Du preez has said many times that they will not sell at anything less than fair prices. Now that CVA is implemented this is even more true.

Long road ahead for SNH, 50/50 chance of survival IMO. Lots need to go right. Pepkor Europe IPO will give them
A real shot. Just don’t want steinhoff to surrender anything more than 30-35%.

Welcome to MoMaf (Moneyweb Mafia)!! The 12 or so of them is trying harder than the other to find an exec position somewhere. Johan Buys is exec chairman (replacing the previous Robert in Sydney) in that “talent” pool. Quite amusing! Wisest bunch you will ever come across let me tell you.

And they’ll be quick to tell me off or make some remark because of their superior all.

As an aside – Moneyweb is the most negative online business daily. I do still visit, but only to be convinced again. I am getting to the point of ignoring it completely. Everything is bad, dire or whatever.

MW has a large platform but all they do is repost Sens announcements. I don’t read the articles because I already read them on the JSE Sens!

Reporting on Steinhoff has been nothing sort of criminal and unethical. Blasting the company when they mess up (they did) but to state “Billion dollar loss Steinhoff” when the articles have nothing to do with impairments is why I subscribe and pay $29.99 a month for Seekingalpha. Great platform with actual professionals, not someone trying to make rent who then gets assigned Steinhoff as a hobby to write about.

Won’t be coming back to MW again. Too many negative reports on Steinhoff w/o single positive article when management have done good things. Unethical to the max.