Stor-Age continues to add to its UK portfolio with R1.2bn deal

Secures third storage-group acquisition in that country in its current financial year.
By Palesa Mofokeng   23 Mar 2022  00:01 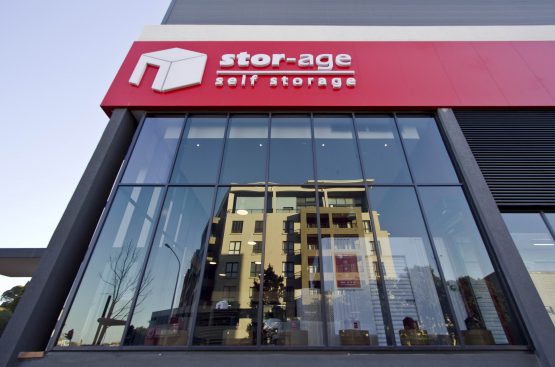 The deal adds four more properties to the Reit’s portfolio in the UK. Image: Supplied

Cape Town-based self-storage property fund Stor-Age has secured a UK-based storage group, Storagebase, for a purchase deal of £59 million (around R1.15* billion) to scale up operations in its existing UK portfolio, Storage King.

The real estate investment trust (Reit) announced on Tuesday that this is its third acquisition in the UK within the current financial year and that the deal will see it add four more properties to its portfolio.

The three acquisitions represent nine properties in total – at a combined purchase price of over £100 million (R1.9 billion).

The group announced the acquisition of a regionally dominant four-property portfolio in Leeds from McCarthy’s Storage World at a purchase price of £37.5 million in January. It also acquired the largest self-storage property in Blackpool for £3.6 million in April 2021.

Stor-Age’s acquisition of Storagebase follows its purchase announcement of a portfolio of four more properties in the UK in January. It said the acquisition would be funded through its successful R575 million capital raise on the JSE.

According to the group, the four Storagebase properties – located in Banbury, Wednesbury, Frome and Amesbury – will offer more than 28 000m² in gross lettable area (GLA) and complement Storage King’s current as well as yet-to-be developed properties.

The properties will enhance Stor-Age’s presence in both the southwest and southeast of England.

“Well-located and with excellent visibility and prominence, the three mature properties in Banbury, Wednesbury and Frome, representing a combined GLA of 18 500m², trade into dense residential areas and consist of above-average GLA target sizes, which will contribute to improved operating margins,” it said in a statement.

“The Amesbury property, currently under development and scheduled for completion in April 2022, will represent nearly 9 500m² of GLA on full fit-out.”

Stor-Age CEO Gavin Lucas notes that it has seen its UK footprint grow from 13 properties to 30 since its 2017 debut into the UK self storage market.

“The Storagebase acquisition itself, as well as the manner in which we have funded it, demonstrates the strength, competitiveness, and sophistication of our UK platform,” he adds.

It says it has a 24.9% equity interest in the JV and earns management fees for acquiring, developing, and managing properties therein.

“The acquisition also represents the second ‘green’ sustainability-linked loan facility that Stor-Age has entered into over the past six months with Aviva Investors, the global asset management business of Aviva plc,” the group added.