Accuse the company of protecting its profits and passing on the cost of Covid-19 to its employees.
By Joseph Chirume 15 Oct 2020  00:01 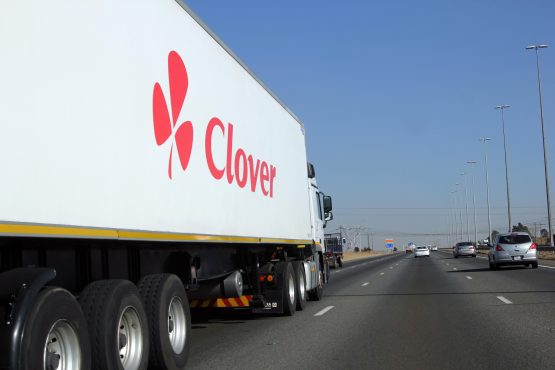 Workers are demanding a 16% wage increase; the company is offering 5%. Image: Moneyweb

About 2 000 workers have been on indefinite strike at Clover South Africa nationwide since Tuesday, according to the General Industrial Workers Union of South Africa (GIWUSA).

They are demanding a 16% wage increase, and that all employees contracted by labour brokers be employed permanently by the company.

The union accuses Clover SA of passing on the Covid-19 financial burden to its workers. The union has called for a general boycott of all Clover SA products.

Clover SA offered a 5% increase from July 1, which was rejected and wage negotiations broke down, according to a statement by the company.

It said it has contingency plans to ensure continued if limited production. On Wednesday, when GroundUp visited the Clover depot in Perseverance, Port Elizabeth, it was operating. An official who did not want to be named said things were normal at the plant.

In a statement on Sunday, GIWUSA said: “This frontal attack on wage levels is meant to protect and maximise profit levels.

“Clover SA worked throughout the lockdown where workers continued to produce and distribute the product of the company and, in this way, workers risked their lives to produce and make available essential food stuff.”

CEO Johann Vorster said Clover “has been subject to a difficult trading cycle for a number of years”.

He added: “While Clover’s operations were declared essential services and continued to operate through the lockdown, the additional expenses incurred to do so, including to protect employees and other stakeholders, came at a significant cost.”

© 2020 GroundUp. This article is licensed under a Creative Commons Attribution-NoDerivatives 4.0 International Licence. The original article can be viewed here.

Yip, the unions are at it again. Killing the very employer that put food on their tables. Many workers got no pay during lockdown. Ungrateful bunch. One wonders how many workers got Covid-19 and how many of them died?

Oh dear. The worker’s consumption increased by 16%. So the employer must pay for your wanton reckless living?

I think the workers are scoring an on goal with the boycott of products being proposed. Boet if that happens you will be retrenched. Do you guys ever think long term?

Fire the lot of them and employ those that would like to work during a time that jobs are hard to come by. If you give into terror tactics without fighting back, then the battle is already lost. The sense of entitlement that comes with African liberation is mind boggling…..Just my opinion.

Unfortunately the 2nd, 3rd & 4th wave of new employees will do the same after a few weeks. It is the African way…

I agree with you 100%! My company endured a 14 month strike, YES – FOURTEEN months. We stood our ground, refused to give into their demands, landed up firing most of them due to misconduct during their legally protected strike and took back the rest that were honestly forced not to work and recruited new (and better) staff. I attempted to negotiate through it, but in the end I realised that you cannot negotiate with mob mentality.

So when do we scrap most of the labour law? Employers many of them small business cannot spend all this time with CCMA and strikes and disciplinary etc. If we want to grow the economy we need some radical counter intuitive plans implemented.

I think the story is in the telling here: CEO Johann Vorster said Clover “has been subject to a difficult trading cycle for a number of years”.
Hence Johann, don’t blame the Corona Virus for your predicament – it has been up to Clover management to ”sort out” these ‘trading/management problems!

There is still no justification of these demands even if the troubles at Clover started a couple of years back. Drought and other factors are still factors, manmade or not! The issue is the company is not doing well and this is not a good time to reject 5% increase and demand 16% including permanent posts!
Grow up SA and learn that shifting the blame of failure even if warranted or justified does not mean the problem goes away.

What I am experiencing currently with employees is that the one’s that suffered the least or not at all during lockdown (I will assume Clover operated at almost full capacity during lockdown due to it being essentials) are more demanding if not outright militant next to others.

To them it is almost if this pandemic did not even happen.

I am afraid that the Israelis who bought this company made as big a mistake as Walmart did buying Massmart. They all underestimated the risk of the ZAR s collapse, the hostile labour force and the dying consumer spending power due to state failure.

If they put their cash in the bank it would have been far more profitable than injecting capital into a failed state. They will in time probably sell Clover at a huge loss in ZAR and even more in USD/Sheckels.

SA is not collapsing.
It’s called a “soft implosion” 😉

Many of us not even noticing the slow, long-term decline…we are the frogs in the pot, on slow boil…

IN SA we have workers striking, while the country has up to 40% UNEMPLOYMENT!

…that is nothing but entitlement in the highest degree!

Workers & your unions, spare a thought for almost half the country without a job!! Be thankful for being employed.

Those without work, are not happy.
And those that does have a work, are seemingly also not happy. Then resign!!

MichaelfromKlerksdorp – Having dealt with these situations, one will have a group of 5 “leaders” spurred on by their union rep. The rest either follow blindly believing what they are told and the rest are simply too scared to stand up for themselves. The unions only need to be seen to be making a noise to validate their existence no matter how stupid and utterly ludicrous their demands may be. Bear in mind, this base level mentality does’t know nor appreciate what they have, they are only after what they don’t already have as they are of the belief that they are entitled to it.