JOHANNESBURG – South Africa’s second largest multi-manager, the Sygnia Group, made its debut on the main board of the JSE at R13.56 a share on Wednesday, a premium of 61% compared to its pre-listing issue price of R8.40.

The share eventually closed at R15.30, 12.8% higher than its opening price, putting the company’s market cap at roughly R2.1 billion.

Niël Hougaard, analyst and head of research at Autus Fund Managers, said the expectation was that the listing would occur at a PE of between 20 and 30 times, perhaps slightly closer to 30. The opening price was in line with expectations.

Sygnia’s private placement was roughly 20 times oversubscribed. As a result, many hopeful investors did not receive any shares prior to the listing or only a small percentage of the allocation they applied for. Read more about this here.

The “very much anticipated listing” was the 11th for the year and made Sygnia the 32nd company to list in the financial services sector, Donna Oosthuyse, head of capital markets at the JSE, said.

While raising capital was not the primary reason for listing, the company wanted to strengthen its balance sheet to facilitate faster growth.

Sygnia CEO Magda Wierzycka, who also celebrated her birthday on Wednesday, said over the next six to 12 months, Sygnia would like to launch robo-advisors linked to index-tracking products at very low costs.

“We want to see whether this concept of direct investing really has traction in South Africa and that is coming around February.”

Slightly later in the first half of the year it also aims to launch an umbrella fund, “kind of” stripped of all costs and complexity, “very much in line with what National Treasury is saying in their Draft Default Regulation Paper”, she said.

Wierzycka said they would investigate where there might be a demand for institutional administration services similar to those offered in South Africa and then decide where to set up.

Although they have some initial thoughts a lot more research is required, she said.

Locally they might make some small acquisitions and have considered a few opportunities, although there are no material plans at this point.

There is significant room to grow in an organic manner and the group didn’t necessarily want to aggressively acquire businesses to grow assets, she said.

“I think we can do that organically on the back of demand for index-tracking products.”

Sygnia was founded in November 2006 when it unbundled from African Harvest with roughly R2 billion in assets under management and administration. By the end of June this year, it had R137 billion of assets.

While it is mostly known for its multi-management and index-tracking capability, it also has a brokerage arm, insurance business and administration platform.

Sygnia had a pre-listing PE of about 20 based on an anticipated market cap of R1.15 billion (137 million shares at R8.40 each) and expected earnings for the year ended September 2015 of R58 million (see pre-listing statement).

You could be tempted to call that PE 19.8 instead of 20, but given the uncertainty around the exact earnings I do not think that level of accuracy is warranted.

Upon listing the market cap shot up to R1.86 billion as you mention, resulting in a PE of around 32. This is above the range that Autus expected. 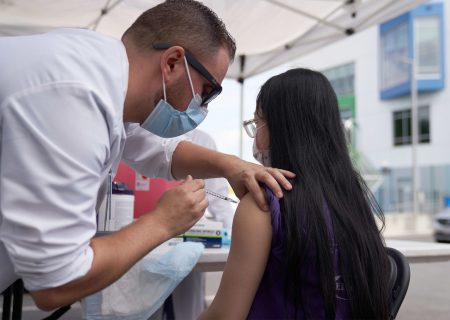