The new company will be called Just Eat Takeaway and be the biggest of its kind in Europe.
Natalia Drozdiak and David Hellier, Bloomberg  /  10 January 2020 17:35
1 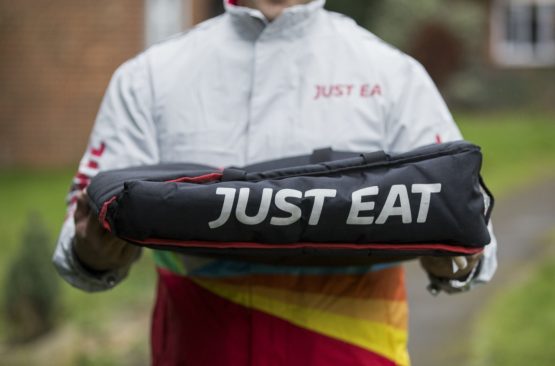 Takeaway.com has won a months-long bidding war for Just Eat, ending a contentious battle with Prosus for the UK food-delivery firm.

The new venture, which currently has a combined market value of about $14 billion, will merge two European food delivery companies at a time of heightened competition in the industry, with rivals such as Uber Technologies facing off for a share of the fast-growing sector.

Following completion of the merger, Takeaway has pledged to explore exiting Just Eat’s 33% stake in Brazil’s iFood, in which Prosus also invested. Takeaway has said it will return about 50% of the net proceeds to shareholders of the combined group.

The new company, based in Amsterdam and listed in London, will be called Just Eat Takeaway and be the biggest of its kind in Europe. A key battleground will be the UK, with Uber Eats and Deliveroo investing heavily in the country and expanding from the logistics of delivery — getting the food from the restaurant to your door — to launching rival marketplace platforms that concentrate on aggregating available eateries for users.

Takeaway’s victory also means it is buying back it’s first attempt at cracking the UK market. It launched in the country in 2012, but sold the business four years later to Just Eat, after struggling with growth.

The Dutch firm announced an all-stock bid for Just Eat in late July valuing the British company at about 731 pence per share, or 5 billion pounds. Prosus, a spinoff from South African media giant Naspers Ltd., swooped in with a hostile cash offer in October, sparking the bidding war.

Takeaway Chief Executive Officer Jitse Groen, who will lead the new company, was publicly irritated by the Prosus challenge. When asked about whether he’d have to raise his offer at an industry conference in November, he said “I don’t want to be the idiot that runs into a ratio that doesn’t make any sense.”

But after a rejection from Just Eat, Prosus publicly raised its bid twice before Takeaway announced its final offer in December, valued at about 916 pence per share at the time.

Prosus had argued it has the resources to make the significant investments in Just Eat necessary for it to stay competitive. But Takeaway’s proposal ultimately won support from shareholders including Aberdeen Standard Investments, which said the stock deal would let it maintain exposure to the fast-growing online food delivery market. Just Eat holders will own 57.5% of the combined entity.

The battle between Prosus and Takeaway is one front in larger, sometimes messy, attempts to consolidate the food-delivery industry. Competition in many markets is fierce and profitability is elusive. London-based Just Eat reported an 8.8 million pound net loss in the first half of the year. Takeaway reported a 37.4 million-euro ($41.5 million) loss for the period.

Grubhub Inc. put out a statement Thursday that it “unequivocally” isn’t running a sale process, following media reports that it was considering a potential sale. Still, the reports spurred calls for consolidation from analysts.

Amazon.com Inc.’s attempt to purchase a minority stake in UK delivery startup Deliveroo has drawn unexpected scrutiny from antitrust regulators and the $500 million deal faces an in-depth investigation from the Competition and Markets Authority.

Takeaway spent about $1 billion for the German operations of rival Delivery Hero SE in a deal announced in late 2018. Delivery Hero announced last month that it would take control of South Korea’s biggest food delivery app Woowa Brothers Corp., at a $4 billion valuation. Spanish food delivery startup Glovo has drawn preliminary interest from Uber and Deliveroo, people familiar with the matter had said.

The deal activity has also led to overlapping ownership stakes, which caused controversy in the Just Eat deal. Prosus was the largest shareholder in Delivery Hero, which was one of the biggest investors in rival bidder Takeaway.

Food is such a competitive space.