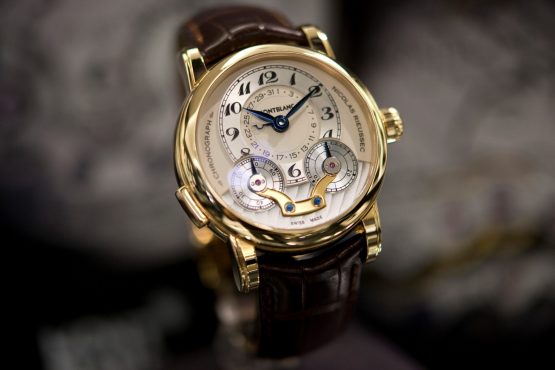 Taste Holdings will sell off its Arthur Kaplan business, along with World’s Finest Watches and NWJ, to settle its debt of R255 million and roll out more Starbucks and Domino’s Pizza outlets. But the sale process has been halted. Picture: David Levenson/Bloomberg.

Taste Holdings’ sale of its luxury jewellery division – comprising Arthur Kaplan, World’s Finest Watches and NWJ – has hit a snag, raising jitters in the market about the franchise manager’s debt load and ability to finance the expansion of Starbucks and Domino’s Pizza outlets in SA.

On Friday, Taste announced that it would not proceed with the sale of its jewellery division saying it does not believe that the tough economic and retail trading climate “is conducive to a sale”.

“We have not suspended the sale. We continue to engage with potential acquirers,” Taste told Moneyweb. The company said it couldn’t comment further as it’s in a closed period for its upcoming financial results.

Taste is the franchisor of iconic global brands Starbucks and Domino’s, and home grown eateries Maxi’s, The Fish & Chip Co and Zebro’s.

The unbundling of the jewellery division – which is a purveyor of luxury brands including Rolex, Montblanc, Cartier, Breitling and others – is part of Taste’s restructuring. Shareholders never understood the business model, which mixes jewellery retail and fast food.

A successful sale would enable Taste to fully focus on expanding its food business.

Two market watchers that Moneyweb spoke to in April said the jewellery division could be worth between R400 million and R600 million based on its earnings in the year to February 2017, with revenue of R622 million and earnings before interest, tax, depreciation and amortisation of R69 million.

Damon Buss, the equity analyst at Electus Fund Managers, said Taste could be halting the sale because it cannot find a buyer or is struggling to find a willing buyer that would pay its asking price.

“[The] key issue for them currently is that any potential buyer knows the situation that Taste is in. The company needs capital to fund the roll out of the food business. Hence a potential buyer can probably be quite cheeky with the price they offer for the luxury business,” said Buss.

The proceeds from the jewellery business sale would fund the expansion of Starbucks and Domino’s and settle debt of R225 million that Taste accrued as it secured the South African rights to both global brands.

Taste CEO Carlo Gonzaga has committed to the opening of another eight to ten Starbucks outlets and 15 to 20 Domino’s outlets.

Taste is struggling to turn its big investments in the two brands into profits.

The group continues to face losses – with the drag on profits being the food division relating to the cost of opening Starbucks outlets and converting its Scooters Pizza and St Elmo’s outlets into Domino’s, which began in earnest two years ago.

Some market watchers are concerned that Taste has overcommitted resources on Starbucks and Domino’s at the expense of its lower LSM brands Maxi’s, The Fish & Chip Co and Zebro’s that have suffered in a weak consumer environment.

In a trading statement released on Friday, Taste said it expected a headline loss per share of between 15.5 cents and 16.4 cents for the year to August 2017, which represents a decline of 72.2% and 82.2% compared with the previous year.

Long-suffering Taste shareholders continue to be bruised as they have watched the share price fall by 39.5% so far this year.

Taste said it is evaluating alternatives to settle its debt “which may have a material effect on the price of the company’s securities”. This usually means that another rights offer might be on the cards.

In June, the company raised about R97 million in fresh capital through a rights offer. This means that the small cap Taste (R542 million) would have raised more than R600 million through share-for-cash placements and rights offers in three years.