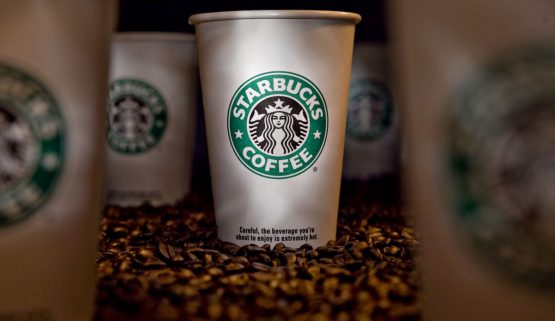 Taste Holdings, owner of Starbucks and Domino’s Pizza franchises in South Africa, said on Friday it was abandoning the food business, and had already sold its 13 stores of the coffee chain to a consortium for R7 million.

The company said it was also in discussions on the sale of Domino’s and its two other food businesses, restaurant chain Maxi’s and The Fish & Chips Co, as part of a new strategy to become a solely luxury retail group.

It had been trying to turn its food business around after putting Starbucks and Domino’s expansions on hold a year ago amid losses – making Taste one of a string of retail firms hurt by a troubled South African economy.

In a statement, it said that after months of canvassing potential partners and capital providers, it had become evident that the money required to fund its plan could not be secured with the current business structure and market conditions.

“Taste’s board of directors has therefore revisited the previous strategy and has decided that it is in the best interests of the Company and all stakeholders to exit the food business,” the statement said.

Starbucks said in a statement the sale would provide the necessary capital to achieve its ambition of having up to 200 stores in South Africa. A spokeswoman noted that Starbucks stores had been profitable with Taste.

Consumer-focused firms from banks to retailers have been struggling in South Africa, where a stagnant or contracting economy, unemployment of near 30% and rising living costs have left many with little extra cash.

Taste said following the sale of the food assets, including the Starbucks stores and 48 Domino’s outlets, it would focus on its remaining luxury retail portfolio, including jewellers Arthur Kaplan and World’s Finest Watches. That, however, is also loss-making.

Its statement said the Starbucks outlets had been sold to a company called K2019548958 (South Africa) Proprietary Limited, a consortium whose members were not identified in full.

Thirteen Starbucks coffee shops for R7m sounds like a good deal to me.

Probably depends on the obligations assumed – property leases, equipment leases, etc. The rights and the shop fittings must be worth multiples of R7m

I agree with you. Only worth multiples of R7m when selling to an eager buyer whilst showing strong numbers. It’s a shame that they had to sell for the price of a house. Sounds like a deal if they can survive the obligations.

Second hand shop fittings. Soooo valuable. The rights are no where near what you think they are.

Out of touch South Africans will lament quality etc etc.

The sad fact is that you simply can’t afford to buy things.

Please learn to read at a primary school level.

I thought you could be making a really important point but didn’t want to assume which is why I asked. I suppose whatever it was is now lost in that needless invective.

Great. Saves me from having to dumb down the basic comment even further.

13 Stores for R7 Bar! Is this correct sound incredibly cheap unless they only part owned or were suffering huge financial losses. Coffee trade ain’t easy money believe me!

The Regulator and the Securities Exchange Authorities must make sure that none of the members of this nameless company are not relatives and friends or girlfriends of any members of related to current management – or a shell company made for the purposes of selling to some of the current individuals a valuable asset at a knackers price. This R7 mil is ridiculous for 13 stores, some of which are making 500 000 rand a month if at that!!! As a shareholder in Taste I’d say something smells ‘fishy’. Why are they selling profit making enterprise and keeping a loss making component of it!!! Where did they do their studies in finance and economics, let alone investing and Strategic Management.

Perhaps the overheads are too much? I would assume, inheriting 5 year (or more) leases to the shops, royalty payments etc in the face of declining sales may have led to the sale? Like someone said, SA already has pretty good coffee places that Starbucks has to really invest in order to beat. Seattle, Motherland, Vida, Father etc are examples of some pretty decent coffee joints that I would think give Starbucks strong competition in Joburg. The fact that they hadn’t dared to go to the Cape with its proliferation of high end coffee joints is telling in hindsight.

Why? Is it illegal to sell to someone you know? No. Do you think someone unfamiliar with the business would be a better buyer? Child-like. The new owner is in the public domain and is one of the current directors.

Not sure were you got the R500k number from is it sales or profit? These guys are losing R8m per month on their food business – I think they did well to get 7 bar for it…

They have also defaulted on their debt covenants more than once, hence the need for constant right isues so obviously forced sellers

“[i]t is the long- term objective of management for Starbucks and Domino’s to reach EBITDA break-even across both brands within a 36 to 40 month period after the commencement of the expansion plan and to attain positive free cash flows, after CAPEX, across both brands within 7 – 8 years from the commencement of the plan. Management estimates that the Company will require at least R700 million, including the amount raised in the current Rights Offer, to reach positive free cash flow, and that the Starbucks network will need to expand to between 150 and 200 cafés and Domino’s to between 220 and 280 restaurants

I think an article on BusinessTech explains it better. It’s the Master Licence that was sold and the annual financial obligations arent mentioned in this article.

Businesstech doing a proper article? Thought they were too busy doing another “who won’t believe where South Africans are emigrating to next1!1!!” and running a few more huawei adver…I mean articles.

It was sold to Adrian John Maizey a board member of taste. Guys please do some research. It does sound fishy. come on R7m. Investigation needs to happen.