Telkom is out of time 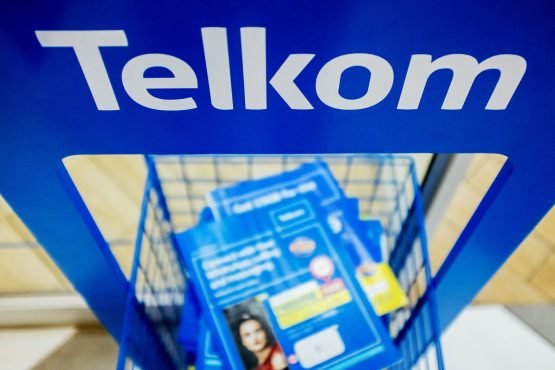 A separate cautionary announcement on Tuesday revealed that the group was in negotiations regarding a potential acquisition. Image: Bloomberg

Within the past six months, Telkom finally reached tipping point. Despite adding 55 000 fibre connections, it lost a shocking 20% of its total fixed broadband base (including both DSL and fibre).

The plan all along was to migrate customers away from its legacy copper network to fibre and fixed LTE (mobile), but one gets the sense that in its newfound rush to switch off its copper network, it is happy to lose customers at any cost.

In 2017, this author noted here that “this situation has been entirely predictable for years now and Telkom is simply not doing a good enough job at migrating ADSL customers to fibre. It should do this for free to any customer who wants to move.” Back then the company was still optimistic, stating that “the decline … exhibited over the past few years has moderated with the base stabilising in the last two months.” Look how that’s turned out.

Worryingly, it says investment in fibre to the home has been “rationalised” (down 36% year on year) as it focuses on areas “showing a propensity for higher connectivity rates”. An alternate interpretation is that, because of strong competition from other providers, it has simply run out of viable areas to roll out fibre to.

This is not just a problem in the consumer segment. Enterprise voice and data revenue from legacy products (fixed lines and DSL) is also in sharp decline, down 15% and 7% respectively.

Of course, the mobile business is rocketing ahead and helping keep overall revenue stable. At this rate, however, Telkom is going to have very little fixed-line business left (in a year, it has lost 591 000 fixed line customers (23%), nearly 50 000 a month).

It’s difficult to compare numbers against last year, due to the implementation of International Financial Reporting Standard (IFRS) 16, but there are four red flags in the results to end-September:

Who is Telkom’s target?

A separate cautionary announcement on Tuesday revealed that the group is in negotiations regarding a potential acquisition.

Some have speculated that it may finally try buy Cell C, with Bloomberg reporting an offer as fact. The absence of a similar cautionary announcement from Blue Label Telecoms can be explained by the latter’s investment in Cell C being written to zero.

Also, Telkom’s mobile business is in a much stronger position than Cell C, which simply wasn’t the case a few years ago.

* Hilton Tarrant can still be contacted at hilton@moneyweb.co.za.

What was the much praised and defended Telkom CEO guy’s bonus last year??? Anybody??

Its all about service or lack thereof. Look at the Telkom website and try find a telephone number where you get through to a human that can help.
It is as if they have structured themselves to never allow customers to contact them. Also their service centers in shopping malls are not that good and their systems are not integrated.

I have only had the best of service from telkom.

I moved down from Gauteng to the coast about 6 years ago now and have faithfully received my bill for R0.00 every month since then.

How is that for service excellence!!!!

I think the biggest disappointment, having read and considered the article, is that the headline was not “End of the line for Telkom”. I feel that a real opportunity has gone a begging.

I sense so much negativity mainly from the white SA population. I wish I could read similar concerns from our beloved brothers and sisters when it come to the likes of Steinhoff.

White people in this country are so negative….

How have you missed the 1 million articles disparaging Steinhoff?

You are confusing reality with ANC propaganda. Common affliction with ANC supporters.

I hear you Mboni 🙂 (Maybe more “realism” than negativity?)

Since 94 the shoe is on the other foot. During apartheid the blacks were very unhappy & must’ve been very negative. They had the right to complain.

Now it’s our turn to be more negative.

The old NP apartheid govt was criticised at lot for its mistakes back in the day. Now, it’s the ANC’s turn to accept criticism. Nothing wrong with that.

You have to understand the white culture. When we complain about life (say about slow/bad municipal service delivery) it does mean we hate it. No..instead it’s our way to get leadership into action that we want things to operate better (whatever that may be). You noticed that things work properly when (complaining) white are taking an initiative? We want things to work. We get uptight about stuff & in the process try to get things to work. It’s our western culture.

Talk to a German or Swiss person. They take life extremely seriously, almost to grumpiness. The result? An efficient society where everything works perfectly 🙂

Africans honour the tribal culture. The will of the ancectors takes predence. There may be less % “formal” complaining. The complaining takes the form of violence to be noticed (to get things improved, like service delivery). Little responsibility in African society….kids grow up with mme/or gogo, while father disappeared.

We whites or Indians complain / get stressed up, and we take responsibility and take initiative to try and make aspects of society work better. (…like to ensure that there’s a working cellphone tower nearby, with battery backup, so that I can post this message to you).

Am making no excuses for my western culture. The same benefits loved by so many on this continent 😉

This is retribution from your client base for the lack of service they’ve received during the last 20 years.

Now that there’s finally competition within the internet & telephone industry, no one in their right mind will EVER make use of a Telkom service again.

Don’t let the door hit you on the way out. Chz.

yes, the first time there has been competition in SA telecoms. Raaaight.

To be honest….I’m impressed with Telkom recent performance installing fiber in our area and getting us up and running by converting our ADSL to fiber. They did this whilst we were overseas and we received regular telephonic updates from the technician over the two days it took to install.
Perhaps these negative comments are too soon for the results now being experienced – their service levels have definitely improved and for that we are grateful.

Strangely, every single person I speak to who’s had their DSL “sunsetted” has had completely the opposite experience…

I have never bough shares in Telkom because I believe that there will always be a day of reckoning for businesses who through their practices have offended their customer base. Possible the day of reckoning is approaching now that customers have other choices available to them. Switching off ADSL is not a good move because it was the one advantage that Telkom had over its competitors. Personally if my ADSL line was terminated I would seek a non Telkom service provider and only sue Telkom as a last resort. I think another company in the same boat is Multichoice so I will also not be buying any shares in them.

Hi Hilton, I am one of those who has been forced by Telkom to change to fibre. Thanks to my past experience with their after sales service(absolutely zilch) I have chosen one of their competitors. Goodbye Telkom. I am glad to hear I am not alone.

I would not write off Telkom too quickly. They have service issues – but try and sort out an issue with Vodacom or any utility…

Telkom have ENORMOUS scale. In the physical line space (copper or fibre) their presence translates to effectively no matter who you think your service provider is – Telkom is the carrier.

Their risk lies in LTE. I am already uncertain how most of the fibre that dug up our pavements to date will ever earn a return on capital. I have FTTH but I also have 50mbps most places I go on phone and tablet. If 50mbps is not enough on a single device single user then we are getting crazy – virtually no internet service will connect a session at that speed as they could not afford 100m users all connecting at that rate. Businesses probably need fibre as they have dozens of people on a connection, but residential fibre is potentially a race to the bottom. If I were Telkom I would focus on wholesale and carrier and large business.

Telkom sucks. When I was with them my adsl was down frequently, and getting it fixed was a nightmare. Cancellation turned into a bigger nightmare.
Fire everbody in Telkom and start over with competent, trained staff and management. Or even better, close it down, and also Eskom, all SOE’s and cut the civil service by 40%- and get rid of the costly political institutions like the HRC.

Good article Hylton, good analysis looking behind the numbers. Debt to EBITDa is maybe still fine but the way they are burning through cash it will deteriorate rapidly