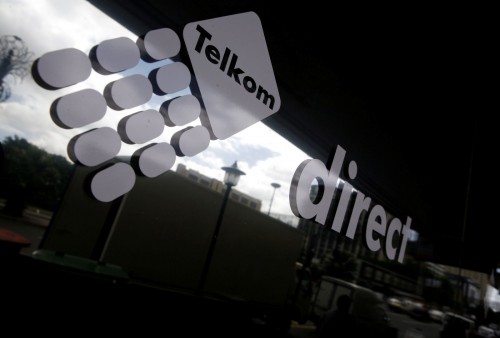 In the year ended March 31 2015, during which time Schindehütte didn’t work a single day for Telkom as he was suspended, the former finance chief took home R6.5 million more than the CEO, Sipho Maseko. His remuneration included R12.2 million in “fringe and other benefits”.

The numbers are contained in Telkom’s 2015 annual report, which was published on Monday.

Telkom does not say how much (if any) of the R12.2 million in benefits paid to Schindehütte constitutes a severance payment.

Schindehütte was suspended on October 24 2013 and quit the group on August 8 2014. A disciplinary process brought against him was later abandoned with no reasons given, with Telkom agreeing to allow him to retire from the board with full benefits accruing.

This is how Telkom reveals the payments to Schindehütte in its 2015 annual report: 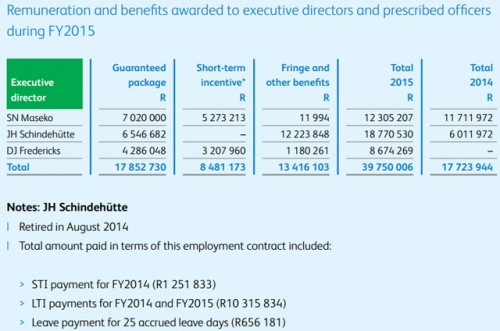 Neither Schindehütte nor Telkom ever revealed why he was suspended. However, he consistently denied that a R6 million loan granted to him by the company, which he used to buy shares in the operator, was behind the suspension.

There was also talk at the time that he traded shares during a sensitive period. He bought R6 million in shares just ten days before Telkom published a trading statement that sent the share price rallying higher.

Schindehütte declined to comment on the share trade beyond saying that he would not have traded if he believed he had access to sensitive information about Telkom that had not already been shared with the market.

Schindehütte told TechCentral that he had been offered the opportunity to resign before being suspended, but doing so would not have been “congruent” with his “value system”. He said at the time that he respected the decision of Telkom’s board to institute disciplinary measures against him.

Telkom said previously that it had received a number of allegations against its former finance chief and that the board had tasked an independent legal firm to investigate them.

“A report was completed and presented to the board by the law firm. The board considered the report, applied its mind and took professional advice,” Telkom said.

“In October [2013], the board determined that the fairest way forward was to provide Mr Schindehütte the opportunity to defend himself in a disciplinary hearing.”  — © 2015 NewsCentral Media

And we wonder why some of the poor people steal electricity, or turn to crime! This man must be made to pay back at least a pro-rata amount for the period from the date of his leaving to the end of the financial year. He really should pay the lot back, but that’s stretching credibility.

This is how the SOE’s operate they would rather suspend someone and leave them earning their salaries for ages, but at the same time doing no work.
In the organization I worked for a disciplinary hearing had to be held within 2 weeks of the notification of the hearing.
These idiots at the SOE’s suspend and then start the whole process of investigation. I too would sit the time out if I was suspended for no apparent good reason and let them pay me.

Why should he pay the whole lot back?

The article says he did not work a single day in the financial year in question, so why should he earn anything? I wish I had a job like that – too late, retired now – but I’m quite willing to come out of retirement and do sod all for 365 days and get paid 18 million. Any offers? Eskom, SAA, SABC?

” Telkom does NOT say how much (if any) of the R12,2M in benefits paid to Schindehutte constitutes a severance payment”

Exactly how accountable is a listed entity to its shareholder’s ?
Clearly Telkom has set its own parameters, opting for opaqueness and a ‘catch us if you can’ modus operandi, despite the rules being clearly set in stone.
Does Theo Botha have to be everywhere ?