However, Naspers and Prosus surge by double digits on the JSE.
By Bloomberg and Moneyweb 27 Jun 2022  08:42 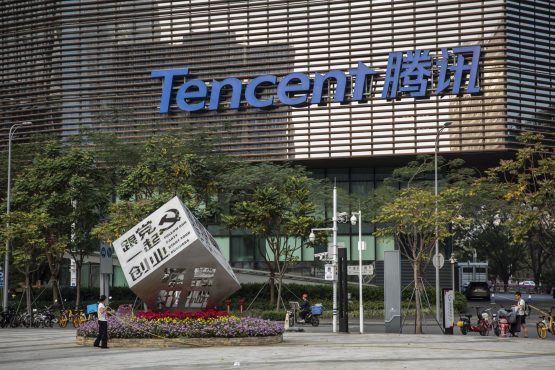 Prosus NV is planning to sell more of its $134 billion stake in Chinese internet giant Tencent Holdings Ltd to finance a buyback program, reversing a pledge to hold onto the full shareholding.

Tencent erased earlier gains in Hong Kong on Monday as investors pondered the extent to which Prosus, the Chinese company’s biggest shareholder, will unload its stock. The shares fell as much as 2.5% and traded 1.8% lower as of 3:20 p.m. local time.

“We will keep selling Tencent shares to buy back our own shares, it’s open-ended and an unlimited programme,” Prosus chief executive officer Bob Van Dijk said in an interview. “It’s actually a small part of Tencent daily traded volumes — it should be maximum between 3 to 5%.”

The move represents a change of heart by Dutch e-commerce giant Prosus — majority owned by South Africa’s Naspers Ltd — which said after its last sale in April 2021 it wouldn’t offload more shares for three years. The company, spun off from Naspers in 2019, owns the 29% stake after its parent became an early Tencent investor more than two decades ago, bagging a multi-billion dollar return in one of the most profitable early bets in tech investment history.

Prosus shares soared 12% in early trade in Amsterdam, the most since March, while Naspers gained as much as 16% in Johannesburg.

Prosus is valued at 117 billion euros ($123 billion) even after the share jump, compared with the $134 billion Tencent stake. This means the market values the rest of the company’s assets, which include food delivery, travel bookings and online education sites across the world, at less than zero. This state of affairs has become “unacceptable,” the company said.

Read: What to look for in the upcoming results from Naspers and Prosus

Prosus disclosed the plan on the same day as it reported the sale of almost $4 billion of stock in e-commerce giant JD.com Inc., received from Tencent as a special dividend.

The twin deals revive concerns around the long-term viability of holding shares in Chinese internet firms, which are only just emerging from more than a year of unprecedented scrutiny from Beijing. While Prosus’s investment remains wildly in the money, they are selling after Tencent shed roughly half its value since a 2021 peak, hammered by the government’s campaign to curb the power of its largest internet corporations.

Prosus said it will manage the sale of Tencent stock in an orderly fashion. Prosus aims to focus on increasing the value of non-Tencent assets, Van Dijk said, while retaining exposure to the Chinese company. The group is also looking for buyers for Russian classified ads business Avito following the sanctions imposed on the country after the invasion of Ukraine.

Investors are considering whether to pile back into Chinese internet stocks after a selloff that began in 2021, at one point wiping out more than $1 trillion of market value. Some analysts believe Beijing has turned more supportive of the crucial industry, but Nasper’s announcement may temper that somewhat.

Tencent said in a separate statement it supported its shareholders’ decision and expects limited impact on the Chinese social giant itself. 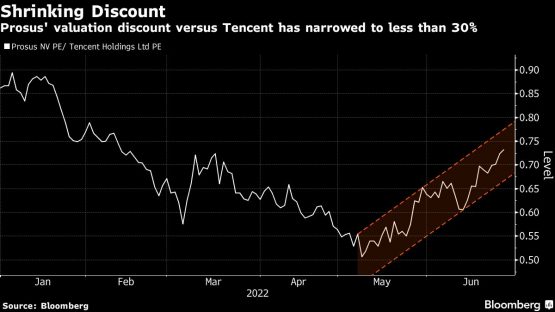 “People are concerned about the upcoming selling pressure on the stock especially after it rebounded to nearly HK$400 recently,” Steven Leung, executive director at UOB Kay Hian, said by phone. “It has clouded the share outlook in the near term for sure.”

About time … and what about a better dividend or a cash settlement from the sale?