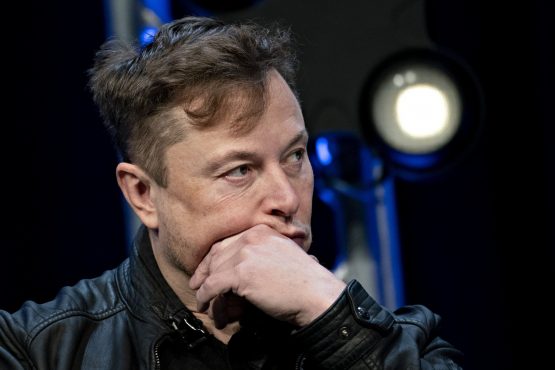 Tesla Inc. shares wiped out their year-to-date gains Tuesday and briefly traded below the level where they were when the electric-carmaker entered the S&P 500 Index in December.

The stock dropped as much as 13% to $619 in New York, its biggest intraday decline since Sept. 8, before paring much of the loss to close down 2.2%. The stock was down 31% from its Jan. 25 record intraday high at its lowest point on Tuesday.

Tesla’s early-week decline amid a wider market selloff was fuelled in part by chief executive officer Elon Musk’s comments over the weekend that the prices of Bitcoin and smaller rival Ether “do seem high.”

“Tesla is an EV play entering the golden age of EVs and there is a lingering worry that the Bitcoin sideshow could overshadow the overall EV growth story playing out for Tesla in 2021 and beyond,” Wedbush analyst Daniel Ives wrote in a note to clients.

The concerns over the value of the cryptocurrency helped erase some of Bitcoin’s gains, which had rocketed to new highs after Tesla announced two weeks ago it added $1.5 billion in the cryptocurrency to its balance sheet. Bitcoin fell as much as 18% to $45 000 Tuesday.

However, there are other recent factors that may also be taking the shine off Tesla’s valuation. The company’s decision to stop taking orders for the lowest-priced version of its Model Y electric SUV, as reported by Electrek earlier this week, may also be dampening investor enthusiasm, Ives said. “Tesla stopping sales of its lowest price Model Y coupled by continued price cuts have led to Street demand concerns as the bears come out of hibernation mode,” Ives added.

In addition, a continuous stream of EV development news from traditional automakers such as General Motors Co and Ford Motor, as they prepare to go all in on the electrification race, has emphasised that Tesla isn’t the only way to get exposure to the upcoming transformation in the auto sector.

All this hype about a car that can drive only 500km and then needs to be re-charged for an hour. Moreover, the company has never paid a dividend yet its market cap is bigger than GM, Ford Motor Co., Toyota Motor Corp., Volkswagen AG and BMW AG combined. Of course, all this nonsense is only possible against the background of bigger nonsense: the whole climate change lie.

Right you just missed out on the biggest fake corona