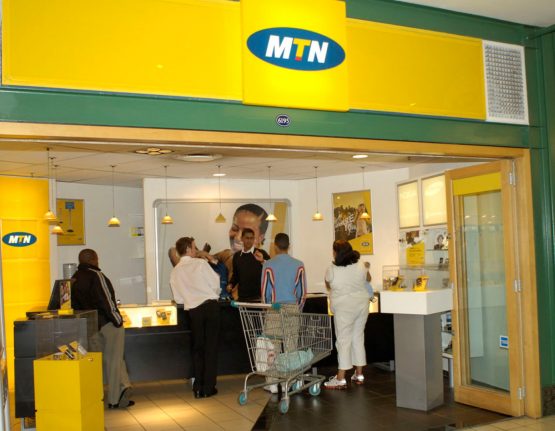 What more is there to say about MTN? It’s been an especially horrific 12 months for the company (and shareholders)… But, the group is sitting with a very large problem (to be fair, it has many others too!): It is increasingly almost wholly reliant on three operations: South Africa, Nigeria and Iran. On an Ebitda basis, the first two accounted for 70% of group profits in the six months to June 30 2016 (add Iran in, which it doesn’t because of equity accounting rules, and that edges up to 73%!). Put another way, R70 out of every R100 in profits made by MTN across 22 countries was earned in just two of them.

The group, for the first time, explicitly acknowledged this in the release of its 2015 financial results in March, saying that “earnings remain highly concentrated in a few markets with the associated volatility and risks as evident over the past few years. To this end management will continue to explore opportunities to address this over the medium term”.

This is not a surprise to anyone, least of all MTN Group management, but the execution by former chief executive Sifiso Dabengwa of the group’s vision of “leading the delivery of a bold, new digital world to our customers” would be best described as sleepwalking. It’s fiddled around the edges, searching for growth in new areas with precious little to show. Nothing has moved the needle and there is no indication that any of the moves it’s made to date will in the medium term.

Even mobile money, the much heralded ‘saviour’ of operators in emerging markets remains relatively small at this stage. Revenue is up 41% in the first six months, but R1.289 billion equates to just 1.6% of the group’s overall reported turnover (and that’s to say nothing of profitability). MTN remains a mobile operator, with mobile data being the only real source of strong revenue growth.

In recent months, it’s announced two significant (and directly related) moves that it hopes will go a long way to solving its biggest problem.

Two primary executive appointments have made the market (and competitors) sit up and take notice. The first, rather obviously, is the appointment of Rob Shuter as group president and CEO (by latest July 1 2017). Related, is the appointment of Stephen van Coller as vice president of strategy and mergers & acquisitions (M&A), effective October 1 2016 (and Kholekile Ndamase as his deputy).

The best thing MTN has done in appointing a new CEO is hire from *outside* of the organisation. Rob Shuter is a great choice.

Shuter joins from a year long stint on the Vodafone Group executive committee, where he assumed additional responsibility for its smaller operations in Europe. He has been CEO of its unit in the Netherlands since 2012, and was previously CFO at Vodacom for a two-year period. Prior to his move to telecommunications, he was at Nedbank for about a decade, first as head of mergers and acquisitions and then as managing executive for its retail unit. He also has M&A experience under his belt from his time at Standard Bank, and crucially worked with Phuthuma Nhleko at the bank.

Van Coller has been CEO of corporate and investment banking at Barclays Africa Group (previously Absa) since 2009. He joined the group in 2006, having previously headed up a unit of the local Deutsche Bank operation. His career move is telling, and MTN (again, explicitly) detailed why he would be joining: “His substantial commercial experience will assist in the formulation of a revised strategy for MTN, particularly in the area of convergence between mobile telephony and financial services”.

And, Ndamase, former head of equity financing at RMB, joins the group as deputy head of mergers and acquisitions. This is an astonishing turnaround for the company, which until now, has had these critically different and important roles of strategy and M&A somehow merged into one (‘group chief strategy, mergers and acquisition officer’).

And MTN is already off to a flier, especially when compared to the four-and-a-half years under Dabengwa…

Its second big move was last week’s announcement of a “deep and fundamental strategic review of its operations and processes”. In this, it was clear that “new revenue streams are expected to increase their contribution to revenue over the next 12 to 18 months.”

It’s also resolved not to make the same mistakes as practically every other major operator globally, and will “embark on a process of housing new revenue streams, particularly digital services, outside the core business. This will allow for more agility and greater flexibility to accelerate growth in these areas”.

I’ve argued previously that mobile operators don’t know how to be anything other than mobile operators, and that stands. Every decision is premised on defending average revenue per user (simplistically). That MTN is going to set ‘house’ these new revenue streams outside of its core business means it’s come to this realisation too. How successful it is in keeping these separate will impact directly on whether it can (and will) make the bold decisions that mobile operators are inherently incapable of making.

Given the backgrounds and experience of Shuter, Van Coller and Ndamase (banking is in their DNA), as well as MTN’s colour around (specifically) Van Coller’s appointment, I can see only one outcome: there will be M&A activity, and it will be in financial services.

Realistically, this is the only area that’s big enough to move the needle for MTN. Video always seems tantalising, but this tends to work better on the traditional cable TV ‘model’ in more developed markets (plus, in Africa, there’s only one game in town).

But, success in financial services is not a forgone conclusion. Outside of East Africa, the penetration (and profits) of mobile money services remains low. And retail banking across the continent is not the cash cow some might think – just ask Standard Bank. This would need to be a move unlike any other seen in this sector to date and it would need to ideally be outside of those three countries its over-dependent on, at least for now….

An online payment service provider/processor wouldn’t be a stretch at all (but how big an impact would that have?). An entire bank is probably not on the cards (not least because of the regulatory and capital issues), but you wouldn’t discount a proper (and aggressive) joint venture with an established player on the continent, would you?

* Hilton Tarrant works at immedia. He has covered the telecoms and technology sectors for over a decade and can still be contacted at hilton@moneyweb.co.za.

This is surely a joke and it’s not even April the first.!

Interesting article was published recently which pointed to MTN buying Barclays Africa.
Would they not just buy the Fin-Tech elements of a new bank, IE RainFin.com the lending marketplace, jumo.org the mobile money marketplace and other startups and put together a new hub of financial services that could benefit from their scale. The only reason fin-tech startup struggle to take on banks in Africa is because the lack scale, but MTN with its customer base could give these companies scale and give banks a real threat? Build a new bank is perhaps better than a buy a old bank strategy here?