Brian Gilbertson and Brian Joffe – two men with significantly different styles who have both made major contributions to business.
By Ann Crotty 6 May 2021  00:01 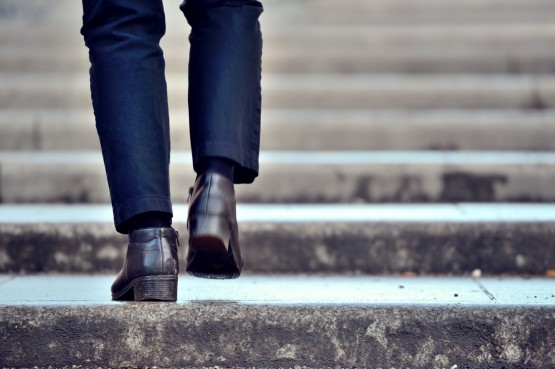 Gilbertson’s retirement has been announced, while Joffe’s has been deduced – and not denied. Image: Shutterstock

Brian Gilbertson’s headline-grabbing A$38 million final settlement, following his rather dramatic exit from BHP Billiton back in 2003, has turned out to be even more valuable than was thought at the time.

Like almost everything Gilbertson did back then, the exit deal he negotiated broke records.

The A$38 million figure was based on the assumption that Gilbertson, who had been CEO of the largest mining group in the world for all of six months, would live to 76.

In terms of the settlement Gilbertson was to receive a pension for life of A$1.5 million a year – in addition to cash payments and shares worth around A$12.4 million.

He passed the 76-year mark two years ago. 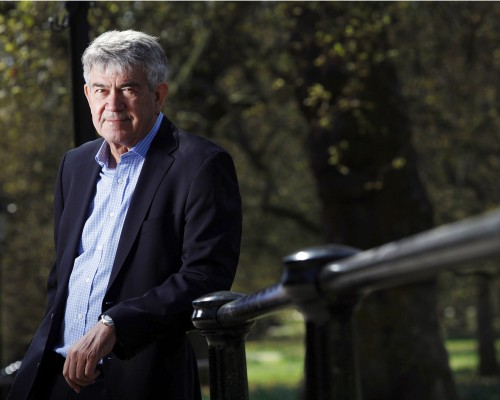 It is of course unlikely that Gilbertson, who has just retired from Pallinghurst, will need the money.

Although his corporate career peaked around the time of the BHP Billiton deal he remained active after that. Until last week. That was when London-based Pallinghurst, the metals and natural resources firm he co-founded in 2006, announced that he is retiring.

The Pallinghurst announcement came just a week after analysts on the other side of the world were trying to decipher the implications of the news that Brian Joffe’s investment holding company Long4Life had appointed Investec Bank to advise it on its corporate structure.

The South African analysts promptly assumed Joffe had decided to call it quits.

The 73-year-old has made no comment on the move, which as usual was treated as confirmation. Analysts reckon he is looking at ways of winding up the company he established in 2016 in what looked like a bid to replicate his earlier success with Bidvest. If so, here we are with two formidable Brians about to shuffle off the corporate stage within weeks of each other.

Age was presumably the primary determining factor in both cases; given the nature of the two men it’s likely that 20 or even 10 years earlier, neither would have considered retirement.

A related factor is the trite reality that business trends have changed.

In their heyday – lasting around 15 years for Gilbertson, 30 for Joffe – these men would have been on top of those trends, would have even helped to shape them. That is no longer so. Now that world belongs to high-tech entrepreneurs.

While the two men made major contributions to business they had significantly different styles.

Gilbertson was propelled to the top by big audacious deals, sufficient numbers of which proved to be enormously successful to ensure the sustained backing of key individuals along the way such as Gencor’s Derek Keyes and Sanlam’s Marinus Daling.

It was Keyes who, in 1988, persuaded Gilbertson to move from Anglo American to Sanlam-controlled Gencor where he played a major role in restructuring the SA mining industry.

His first major deal was the 1994 purchase of Royal Dutch Shell’s minerals and aluminium subsidiary Billiton for $1.4 billion, an audacious deal given that Gencor’s market cap at the time was around $1.4 billion.

It was perfectly timed, marking the bottom of a four-year slump in the aluminium price.

Within six months of inking the deal the price had nearly doubled, giving Gilbertson’s Gencor the clout to sustain a world-wide acquisition spree.

Between 1992 and 2000 he spent $10 billion on acquisitions and new projects and increased the size of Gencor tenfold.

In the process he completed the first transfer of a major listing of a JSE quoted equity to the London Stock Exchange.

In 1997 Gilbertson split Gencor in two; the predominantly South African shareholders nearly trebled their wealth when they received shares in Billiton, newly listed in London, while holding onto their Gencor shares.

Gencor, which held the South African gold and platinum operations, remained listed on the JSE. Billiton took most of the non-SA non-precious metals – aluminium, coal, titanium and nickel.

But by early 2000 the previously cash-flush Billiton was showing signs of strain; debt was building up and the share price was under pressure. The newly-London-listed Anglo looked keen to pounce on some of Billiton’s assets, likewise Rio Tinto.

At around this time Australian-based BHP was looking around for a vibrant takeover or merger target that would inject some excitement into its faded stock market rating. In March 2001 the A$57 billion merger of BHP and Billiton was announced. There were two preconditions to the deal – the merged companies’ headquarters would be Melbourne and Gilbertson would succeed BHP CEO Paul Anderson as CEO of the merged entity.

As it turns out Gilbertson didn’t last long in that powerful position, in fact just six months – from July 2002 to January 2003.

It quickly became apparent that his appetite for big audacious and transformative deals was not shared by the BHP Billiton board, which feared his attempts to steam-roll an industry-redefining merger with Rio Tinto could see the Australian business become the junior partner.

After being evicted from BHP Billiton Gilbertson remained a significant player on the international mining stage working with India’s Vedenta and Russia’s Sual before setting up Pallinghurst in 2006.

But the era of big audacious deals was over for him, as was his dominant role on that stage.

Joffe took a distinctly different approach to building a world-class business, out of necessity more than anything else.

He did not have the backing of any of the powerful investment houses of the time. He avoided the big glitzy targets and went instead for smallish businesses he believed were well-run but undervalued, starting off with Chipkins all the way back in 1988.

And unlike Gilbertson, it wasn’t so much the deal-making that motivated Joffe, it was making the deal work.

He acquired assets that he believed he could integrate successfully into his fledgling existing business. And while the vast majority of acquisitions failed to produce their much-claimed synergies, Joffe’s ability to focus on detail without losing sight of the big picture ensured that none of his acquisitions went to waste.

It helped that despite being a tad irascible Joffe had an unequalled ability to motivate people.

The combined effect ensured every acquisition generated substantial synergies and value for all stakeholders.

From literally nothing ahead of the Chipkins deal Joffe built a dominant logistics, automotive and financial services group as well as one of the world’s largest foodservice companies.

The achievement is all the more commendable given that while Gilbertson rode the global mining wave to great effect, Joffe was generally swimming against tides.

He launched Bidvest during what were probably the darkest days South Africa has known. Not only was he dealing with a hostile political environment, he was attempting to eke out an existence in a business environment that was dominated by the industrial interests of Anglo, Old Mutual, Liberty and Sanlam.

And while Gilbertson was intent on making his mark on the global stage, probably inevitable given the nature of mining, Joffe’s overwhelming focus was South Africa; international acquisitions, although enormously successful, seemed something of a residual for him.

At a time when it was deeply out of fashion, Joffe was something of a South African patriot. When others balked at the new government’s regulations Joffe was inclined to point out their necessity.

For almost 30 years he was a major and influential player in South African business, perhaps the best of that period. His retirement, if that is what the Investec Bank statement forewarns, is perhaps as inevitable as it is regrettable.

Gilbertson will leave a void that will be easily filled, unlike the void Joffe will leave.

I was wondering whether Brian Gilbertson still feels the need to fly around in his helicopter..? But I am thinking that he is perhaps getting a bit long in the tooth for his pilots license…

The ego has finally landed.

So, he needs to convert to Sterling – –

Great comparative on two completely different styles. A veritable outlier driven on by circumstances and good fortune versus a nitty gritty hands-on stickler for detail and hard graft success story.

Personally I am pleased to see the former moving along at last. High flying promises for Platmin and Pallinghurst and Gemfields have frankly come to nought but hot air so far.

Perhaps serve to illustrate how fortunate BG was to be boosted into hyper space in the “right sizing” frenzy of the nineties, lucky in a way to be jettisoned by the board so soon on arrival. Will good fortune now descend on these lacklustre entities as the space is filled by the “high tech entrepreneurs”?

Like that board that evicted him, I got the feeling he was out of his depth and entrenched his personal interests as a big fish in a small sea by delisting Platmin. Made very vague promises to relist once “market conditions were favourable”- at that time seen as a mere 2 to 5 year period. Even after the record growth levels of the sector over the last year, entity remains listing in the swells offshore, but not a proper bourse.

Very disappointing. I got into L4L, put in a substantial slice of my portfolio into that loser because I expected big things from Joffe now this? Over 4 years I’m down almost 35%. Unlikely I would see much of a recovery in the case of a liquidation? Hope so

I have always regretted not having worked in a company that had BG as the chair of its remuneration committee.