The DPE and Mango locked in talks over airline’s funding 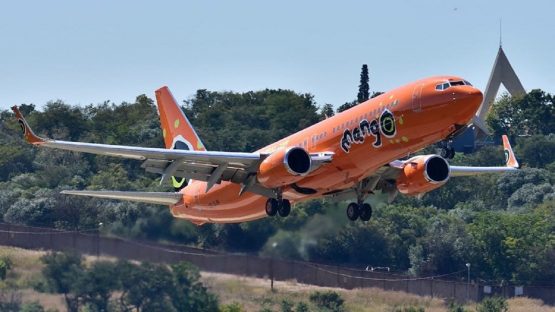 As many as 3 000 Mango passengers may have been affected by the temporary suspension of the low-cost airline’s flights on Wednesday, according to Mango spokesperson Benediction Zubane.

Zubane confirmed that the airline’s operations had been suspended by the Airports Company South Africa (Acsa) “due to outstanding payments” owed to the airport management company. This is as discussions between Mango and the Department of Public Enterprises (DPE) regarding funding for the cash-strapped South African Airways (SAA) continue.

However on Wednesday afternoon the airline announced on Twitter that its flights would resume on April 29.

Affected Guests are urged to contact our call centres /vouchers@flymango.com.

Read:
Mango risks being grounded in May
Testing times for subsidiaries caught up in SAA maelstrom

In a statement on Wednesday, Acsa said it notified the SAA subsidiary on April 20 that its flights would be suspended from April 23 if it did not settle outstanding payments owed, relating to passenger service charges and landing and parking fees.

Acsa statement on the temporary suspension of Mango flights: “As the settlement payment was not forthcoming, Acsa has informed Mango Airlines that it may not operate to or from Acsa-managed airports from April 28 until the account is settled in full,” Acsa said.

Mango seemingly did not inform its passengers of the looming suspension of its flights prior to Wednesday morning as many were left stranded at airports around the country.

In a video supplied to Moneyweb (see end of article), Mango staff are seen locked inside the airline’s offices at OR Tambo International Airport in Johannesburg while a person standing outside attempts to kick down the door in search of “answers”.

The airline’s staff members were subsequently “evacuated” from the offices, according to Zubane.

The funds, which were initially due to be paid to Mango in April, are expected to help the airline pay off its creditors and to pay workers’ salaries.

“The lessors (creditors) then put an ultimatum to Mango that should they not receive their money by April 30, 2021, all their aircraft must be grounded until such time that Mango receives the funds and is able to pay,” Ndlovu said in the internal communication to staff.

Ndlovu said the airline had requested that it be placed under business rescue until July. The proposal, according to Ndlovu, has been approved by both the SAA and Mango boards and is awaiting approval from the shareholder, the DPE.

Unions the National Union of Metal Workers of South Africa (Numsa), the South African Cabin Crew Association (Sacca) and Solidarity told Moneyweb that there is still no clarity on the payment of salaries for May and June.

Solidarity’s organiser Derek Mans said it is unlikely that workers will receive salaries for the two months as the airline’s flights will likely be suspended for the month of May.

In this video supplied to Moneyweb, Mango staff are seen locked inside the airline’s offices at OR Tambo International Airport while a person standing outside attempts to kick down the door in search of “answers”:

And of course Mango did not know this was coming, or did they think it would just go away.

The elite, the corruptors and looters are hiding behind thr door and refuse to open it

It’s time we stood up against this..Just the filth and rubbish in the streets defines what and who the ANC really are

It’s a disgrace and Cyril is the leader!!? Ha

Rumour has it that Mango has applied for a new name: “Mangone”…

It’s got buggerall to do with the aircraft or where it was built – other local airlines like Safair, Lift, Comair, Kulula etc use the same aircraft but nowhere in your wildest dreams do they DROP 3000 passengers a day in this stinky way!

In fact, these naive passengers who seemingly still had faith in Mango (and parent company SAA) and are now kicking the office door down at OR Thambo in search of answers (video to story) should be relieved it didn’t take off because with all the arrears debt of the past year, Mango aircraft have probably not seen any maintenance for ages – it DROPS its load in more ways than one….

More like “Fly the Taxpayer Will Pay Airways” due to incompetent management.

The Mango hit the fan

The CEO said in a public statement that we “should feel the vibrations”. He said that our thoughts create energy and that energy creates vibrations and that everything will come together in some sort of esoteric cosmic harmony. He said that if the employees concentrate and feel the vibrations the National Treasury will bail them out. They must just be positive and feel good vibrations. Like all ANC plans and ideas, this is totally removed from reality of course. What these clowns call an idea or a turnaround plan, the rest of us describe as a brain fart.

It is clear that he was on a dagga trip. The vibrations are the engines coming apart. The bankruptcy will trigger cross-defaults that will flatten Luthuli House. The destruction of Luthuli House will lead to cosmic harmony. He was right, but not in a way he expected.

He must have got that from consultations with the ancestors.

These airplanes are colonial made, better off without them. Rather start using the ones designed and built in Africa

I just think that the ‘positive minded clients’ who bought tickets should not cry to hard because everybody new this was coming.

And the naive (I’m being polite) 3000 ticket holders who didn’t take off today in a way deserved what they got: if they read Moneyweb they’d have known to boycott Mango and SAA!

The ANC politicians must be devastated no more free flights on SAA or Mango. I wonder if they will fly with that truly colonial airline Comair/British Airways from now on – will all hopefully choke on their cookies and cooldrinks

I would venture that a deal will be struck with Emirates on strict understanding that cadres and their wealth accumulated in Dubai will never be extradited. Nothing like a good conspiracy to keep the social media buzzing.

STOP kicking the door – Pravin has fled the country British Airways flight!
(He didn’t trust SAA’s vaccine-collection aircraft to get him safely to India where he’s planning to apply for asylum.)

The “transformation” of a Mango into a Pawpaw!

I presume the opposite of alchemy will follow…
(I.E. the “transformation” of gold into lead)