While not without its costs, the group has done remarkably well compared with other firms that rushed to grow offshore.
By Ann Crotty 6 Jan 2021  00:01 In 2013 Spar Group was a formidable Southern African retailer featuring on the list of the region’s top four, alongside heavyweights Shoprite, Pick n Pay and Woolworths. For the financial year to end September 2013 Spar reported revenue of R47.8 billion and operating profit of R1.6 billion – an impressive 3.3% margin. Shareholders did well, with headline earnings of 694.8c a share underpinning a generous dividend of 485c and supporting a remarkable 4% dividend yield. With virtually no debt this generosity was easy to justify.

Other vital signs reflecting the group’s strength were the 39.8% return on equity and 51.8% return on net assets. At the end of September 2013 Spar had a market capitalisation of R20.9 billion.

They remain invested in one of the four top retail groups in Southern Africa, but in addition they now have a hefty exposure to European economies and their currencies. Group turnover has increased almost three-fold to R124.3 billion and operating profit has more than doubled to R3.4 billion. The squeeze on margins to 2.7% is partly explained by the weak performance at Spar’s most recent acquisition, Poland.

Southern Africa contributed 63% (equivalent to R78.6 billion) to the group turnover in 2020, with the remainder coming from Ireland (R30 billion), Switzerland (R13.6 billion) and Poland (R2.1 billion). The regional contributions to operating profit emphasise Southern Africa’s continued dominance of the group with a hefty R2.6 billion (76%) coming from the home region; R978 million (29%) from Ireland; R361.5 million (10.6%) from Switzerland and a loss of R471 million from Poland.

From the perspective of an investor concerned not only about a steadily weakening currency but also the ability of a Southern African investment to continue to generate attractive returns, Spar’s acquisition strategy looks like a winner. It kicked off in mid-2014 with the purchase/rescue of Ireland-based BWG.

Luck of the Irish?

The controlling shareholders of BWG had raised huge amounts of debt to buy the business back in 2006; it looked like a reasonable gamble until the financial crisis hit in 2007, followed by the decimation of the Irish economy. By 2014 it was in desperate need of financial support – so desperate that the initial 80% stake only cost Spar €55 million. But it came with a huge whack of debt.

An indication of how well the BWG business has done since then is that the remaining 20% cost Spar almost €100 million. The increased cost was even greater in rands as a result of the slump in the exchange rate over that period.

That 20% was bought back in two equal parts with the first 10% stake, valued at €41.5 million paid for in January 2020. Spar CFO Mark Godfrey confirms the second stake, due to be paid for this month, was valued at €54.9 million. The SA company now owns 100% of the Irish business – which also has operations in the UK.

Switzerland and on to Poland

Its 2016 Swiss acquisition also needed a bit of nurturing, but recent results indicate it’s now operating in line with management’s initial expectations. “The (Swiss) acquisition represents an opportunity for the company to invest in an established business in a stable market with growth potential,” said the board in 2016. “It will allow the company to enhance its scale and provides further foreign currency diversification benefits”.

Presumably by May 2019 the South African board felt sufficient progress had been made in Switzerland and it could afford to take on another ailing business. In its just-released 2020 annual report, management explains it was attracted by Poland’s macroeconomic stability and expectations that it would suffer the shallowest recession within the European Union. “Despite the Covid-19 pandemic, the macroeconomic picture is positive with ongoing government fiscal stimulus, a low unemployment rate and a positive consumption environment,” explains the company in the overview of its international expansion.

Compared with so many other South African companies that rushed to build up an international asset base during the dark days of Jacob Zuma’s presidency, Spar has done remarkably well. It has not had to take any major write-offs or dispose of assets at knockdown prices. And the reputation of its management team, led by recently-retired Graham O’Connor, has been enhanced.

However, although it has not suffered the sort of value destruction endured by shareholders at Woolworths, Truworths, Famous Brands, Sasol and Brait etc. Spar’s international expansion has not been without its costs.

It has significantly broadened its geographic exposure and sheltered its earnings from a weakening rand, but it has not been able to sustain the world-class metrics it recorded up to 2015. In that year operating profit margin was 3.1%, return on equity (ROE) was 44.7% and return on net assets (Rona) 68.9%.

There is also the worrying fact that the group’s balance sheet has been transformed from virtually debt-free to one currently loaded with R6.9 billion of long-term borrowings. Godfrey notes that a large chunk of this – R3.3 billion – is attributable to BWG, which has been on something of an acquisition trail itself over the past few years.

And while the Spar Group’s market capitalisation has increased 75% to R36.5 billion, the end-September 2020 price-to-earnings rating was just 16.7% compared with the September 2015 figure of 19.7%. No doubt the retail sector has fallen out of favour with many investors, but O’Connor’s team might feel a little disappointed that so much management effort has been met with such insipid shareholder response. Perhaps these days investors prefer to implement their own diversification strategies.

What concerns me is that SPAR provides vendor loans to employees to buy SPAR stores from them (which were in most likely hood loss making) that is sitting on its books. This could result in SPAR potentially booking a profit on the sale, earning interest on the loan, earning money from the sale of goods to the new owner and removing a loss making unit from its books. Setting its employees up for failure. The store fails again, and copy and paste.

In South Africa, this process you describe is known as “economic empowerment”.

I wonder how many Black Economic Empowerment schemes are underwater? Considering the state that the economy finds itself in, as depicted by the Debt/GDP ratio, the Budget Deficit, and the Construction and Real Estate sectors on the JSE, more than 80% of BEE schemes are highly successful disenfranchisement schemes.

BEE was supposed to be this philosophers’ stone that would turn collectivists into capitalists. For many, this experiment went pearshaped and turned people without assets into people with a lot of debt and negative equity. They used their vote to indebt themselves to become owners of non-viable businesses in a shrinking economy, and they call it empowerment.

Sensei – there is no doubt that a lot of people has become billionaires over night. Unfortunately a lot of them are politicians or people related to politicians. Unfortunately, the private sector is also to blame, since they are very happy to empower the political elite. They could have done empowerment deals involving 1000’s of their own employees. They knew what they were doing. Look at Sanlam, and you ask what benefit does it serve to empower the same person over and over. If B-BBEE did not work blame government but also the private sector.

That is basically what Steinhoff did. Sell consumer debt to Wiese on loan account, charge and book investment income on the loan account, then buy the company after it laundered the tax losses for an inflated amount to cancel the loan. Laundromat

Dr Dre – Your comment is spot on but can this be proved and what can be done to bring these corporate private sector giants to task? Surely the competition board must have some input regarding this.

Invest in yourselves or your business / es, take as much cash under the table as possible and F^%$ the imbeciles that apparently run the country. Let them starve Now has 40 000 employees working on those issues. 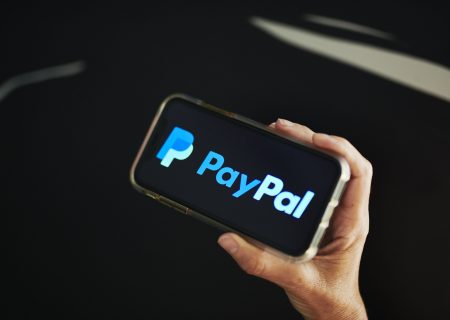 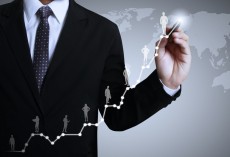 A fresh approach to offshore diversification