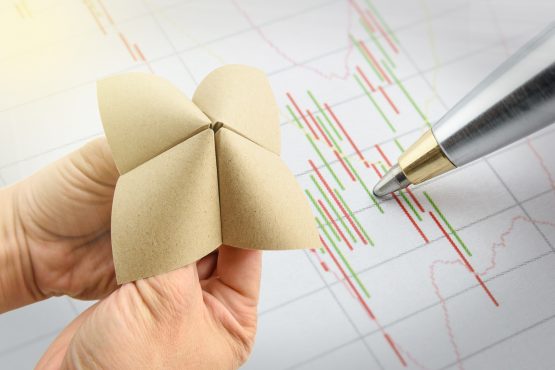 Last week the group’s outgoing CEO Rob Shuter announced that a region that might have looked exciting and profitable about 15 or so years ago is now being abandoned – slowly. There was a time when the group’s Middle East expansion strategy seemed guided by US travel advisory warnings with any country on that list a prime target for MTN investment.

It has now put a ‘for sale’ sign over its operations in Syria, Iran, Afghanistan and Yemen although Shuter has been at pains to stress this is no fire sale.First to go will be its 75% stake in MTN Syria in a divestment plan that is expected to take three to five years and generate around $1.4 billion.

Read: MTN to exit Middle East to focus on Africa

How anyone thought that such a volatile region, even by South African standards, might generate enough profit to be worth the reputational risk remains a puzzle. The announcement comes as Africa’s biggest mobile phone group deals with embarrassing and potentially damaging allegations that it supported terrorism in Afghanistan.

On mobile phone matters, YeboYethu’s decision to give PwC the chop has come with a near-doubling of its audit fees to R1.1 million from R621 000 under E&Y.

The notes to the financial statements explain that part of the hike was due to an under-accrual in the previous financial year. During 2019 both Vodacom and its black economic partner YeboYethu dropped PwC after Vodacom’s UK parent Vodafone had decided to terminate the relationship because of a perceived conflict of interest.

Even allowing for the under-accrual it seems like a steep bill to audit a company that does nothing more than hold Vodacom shares and count dividend income.

It’s also difficult to understand why YeboYethu needs all of 10 directors to help it perform this function.

Another company reining in its foreign expansion plans is Shoprite, which last week announced it is pulling out of Nigeria.

It must have been an extremely difficult decision for CEO Pieter Engelbrecht given that for years the most populous country in Africa had promised attractive growth prospects. But in recent years a weak oil price, currency devaluation and considerable uncertainty have made it all too difficult for a management team that has enough on its plate back home.

So after a 15-year foray Shoprite has joined Tiger Brands, Woolworths and Mr Price in what is surely a blow to hopes of an African market. Sadly, it was a difficult but appropriate decision.

As for Tiger Brands, the announcement of two new board appointments this week might have caused some jitters among its shareholders.

The appointment of two seemingly highly experienced individuals to the board is certainly welcome news but the fact that, in both cases, the experience has been garnered outside Africa might prompt concerns that Tiger is contemplating more international deals.

Olivier Weber is a Swiss national based in the US who spent over 20 years with PepsiCo Food in Latin America. Ian Burton is “a seasoned FMCG [fast-moving consumer goods] business leader with a proven track record of executing business turnaround strategies” whose experience seems largely Hong Kong and China-based.

High-profile international directors can be useful additions to any board but frequently tend to be costly and add little substance.

Worse still, given Tiger’s track record, it could be that the appointments presage a return to international deals for the troubled food group.

It looks like the fun and games have begun at Quantum Foods. Last week as the share price continued its drift back towards the more familiar level of R4-5 the company announced it was not going to bother calling the shareholders’ meeting demanded late last month by Country Bird.

Country Bird, which recently acquired Zeder’s 31% stake in Quantum, called for the meeting to allow shareholders to vote on the appointment of its nominee to the board. Having scoured the memorandum of incorporation, Quantum’s lawyers have determined that the unnamed nominee is not eligible for election to the Quantum board. In the circumstances the company has no legal duty to convene the meeting, says Quantum, since the purpose of the meeting is to propose a resolution which is legally invalid.

Anyone who remembers the battle with Sovereign will know that Country Bird won’t be taking that decision lightly; we can expect a response from them within days.

The Tencent share price held up reasonably well, and Prosus even more so, in the wake of US President Donald Trump’s inevitable decision to extend his banning of Chinese social media companies to WeChat.

The banning does bring the US into line with China’s policy of banning internationally-owned internet-based businesses such as WhatsApp, Facebook, Twitter, Amazon and Google. Tencent certainly doesn’t need the US market to underpin its phenomenal growth.

Of greater concern would be the possibility of restrictions on US funds investing in Hong Kong-listed entities. The so-called ‘variable interest entities’ used by many Chinese companies, including Tencent, to accommodate Chinese regulations on foreign investment in ‘sensitive’ industries are delicate structures. They are not designed to withstand the sort of robust engagements currently characterising US-China politics.

All in all, from MTN to Tencent, the world is becoming a more volatile place to do business in.

What can go wrong? We need to sunset BEE and grow the SA middle class and make tax payers of all citizens.

It’s incredibly how most SA companies get stung outside of the country.

They get stung because they are ignorant and stubborn.

Nigerian authorities guaranteed above board co-agreements

Virgin Atlantic was promised slots. This did not arrive and were guaranteed luggage would be protected. This did not happen and billings by the airports were erratic. Virgin made its exit quick

Africa just cant help itself, try as it may, it takes one step forward and 5 steps backwards. With all the wealth and all it’s fantastic people it is devoid of leadership, integrity, honesty and inclusive policies at a political level.

Botswana has now decided that only locals can transport cargo in Botswana.

So trucks crossing the border has to offload in Gaborone from where locals will take it further.

South Africa has welcomed the move and will do the same.

So much for the “FREE TRADE” Do they thing this whole exercise will cost nothing?

They just recently upped the transfer duty payable by foreigners on property. From 5% to 30%.

They aim to be the “HUB” of Southern Africa like Dubai???

Not sure who is advising them.

It is staggering how little government realizes the impact on the supply chain when they implement protectionist legislation. Botswana is not the only ones, do you know that when a train wants to go through eSwatini (Swaziland) the South African train drivers are replaced with locals? Fortunately, they don’t switch all the cargo but why does it need to be like that?