‘Many companies likely to simply ignore new BEE codes and fall back on the Constitution.’
By Ciaran Ryan 9 Jun 2015  00:10

Busy week for SA Inc
Port of Durban to be repositioned as a hub for the continent
Power, principles and profit (or lack thereof)
CLICK THIS COMPANY MORE COMPANY NEWS SENS
BARWORLD Just 15 South African companies account for one million private sector jobs, but in most cases the number is stagnant or declining. The same is not true of public sector employment, which is up a quarter over the last decade.

By any measure, South Africa’s public sector is booming. It employs nearly a quarter more people than it did a decade ago, while the private sector’s job numbers are down about 4%.

There’s the problem. The public sector wage bill swallows 40.6% of gross national revenue, compared with 31% a decade ago. It now gorges more than 12% of the country’s GDP. National Treasury’s 2015 Budget Review highlighted the fact that public servants were in the top 30% of wage earners in South Africa.

That’s a huge transfer from the wealth creating to the wealth consuming sector. Several economists have pointed out that this is unsustainable and will not advance the National Development Plan’s target of creating 11 million new jobs by 2030.

The message is clear: if you are in the hunt for a job, you are better off in the public than the private sector.

Evidence of the private sector’s rebellion against the State leviathan is the steady diversification into new markets abroad, and the scaling back of new projects in South Africa. It’s not that South Africa does not have great business opportunities, it’s just that businesses see brighter prospects in countries where they do not have to tangle with the government at every turn.

Read into that what you will, but the indirect tax imposed by stiffer regulations such as the new BEE codes can hardly be interpreted as beneficial for job growth. As Loane Sharpe of the Free Market Foundation recently pointed out, many companies are likely to simply ignore these new BEE codes and fall back on the Constitution as their primary bulwark against further State interference.

A company that employs 150 000 makes a huge contribution to national welfare in terms of direct job creation, not to mention the security these jobs provide for the employees’ families, plus tax contributions, private healthcare, and indirect job creation. None of this represents a burden on the State. Contrast this with the 2.1 million public sector employees whose livelihoods depend on the health of private tax-paying citizens and companies.

The table below shows which organisations employ the most people. The job numbers reflect group-wide employment, not just those in SA. It is safe to assume that internationally-diverse companies such as Anglo American plc, British American Tobacco, AngloGold Ashanti and SABMiller would employ more people outside than inside SA. Virtually all of the Top 40 companies are to a greater or lesser extent diversified outside SA.

The list is not comprehensive, but it gives a rough indication of where jobs are created in the economy. I checked the available employment numbers for the JSE’s Top 40 companies, and threw in Eskom and Telkom for good measure. Not included are some other notables such as Barloworld and KAP Industrial Holdings, each of which employs about 19 000 people.

Just three companies – Anglo American, Bidvest and Shoprite – account for roughly half a million employees. The top 15 companies on the JSE account for one million. Perhaps most astonishing of all is Bidvest’s growth as an employer from its humble beginnings three decades ago. The same is true for Shoprite, which started off with eight stores in 1979 and now operates 1 200 company-owned and more than 240 franchise outlets across Africa. Bidvest’s growth in employment numbers is largely the result of acquisitions, while Shoprite’s is a blend of acquisition and organic expansion.

A general observation to be made from a study of the annual reports of the Top 40 companies is the fact that employment numbers in SA are stagnating or falling as margins come under pressure. Few companies attempt to explain this declining trend, other than to make obligatory references to a moribund economy rather than the heavy hand of government. Their silence is due in part to their reliance on State contracts, which to some extent makes them part of the problem.

It’s not that government is unaware of the Frankenstein it has created. It recently acceded to a 7% wage increase plus allowances for 1.3 million public sector workers, in what is rated as one of the most prickly negotiations in years. But this will add a further R66 billion to the State’s annual wage bill, while the economy is expected to limp along at 2% growth for the next couple of years. The government has signalled its intention to freeze public sector employment growth by not filling jobs already vacant, though it remains to be seen whether or not it delivers on this.

At some point there has to be a reckoning.

Don’t know about some of the numbers: According to Shoprite’s website they employ just under 130,000 people?

Interesting that Vodacom employ approximately 70% of the figure for MTN.

And the productivity ratio? Probably 10:1 in favour of the private sector.

Why is Pick n Pay left out. They employ at least 50000 people and so does Spar Since lockdown 59% of people prefer to engage in contactless money transactions. 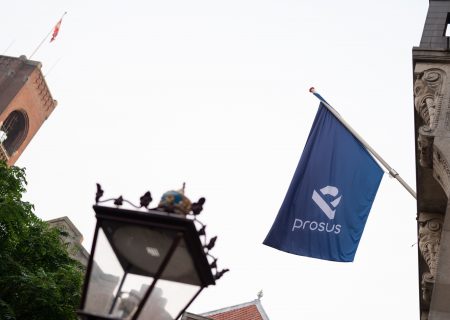 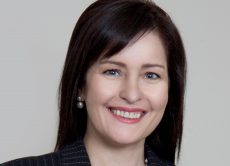