This is how much Comair needed to keep flying

Liquidation application reveals how the airline ran out of runway …
By Moneyweb 15 Jun 2022  00:01 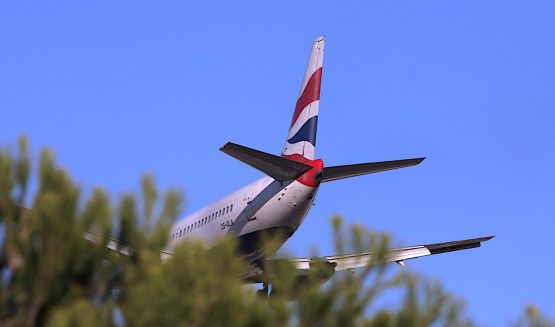 The banks look set to get their money back, as most of the loans were securitised against assets; time will tell for everyone else. Image: Tod Burns

This emerged in the liquidation application filed by the business rescue practitioners (BRPs) on Thursday. The practitioners began their search for this funding from investors and lenders in January.

The need for additional capital became apparent after the airline – in particular, the regional British Airways operation – lost “approximately” R100 million in booked but not flown revenue due to the UK’s Covid-19 Omicron variant travel ban in December.

Quite how the R100 million revenue hole turned into a R500 million crater remains unclear.

The Russian invasion of the Ukraine at the end of February has seen oil prices (and the price of jet fuel) soar. The price per barrel is over $120 currently, from $70 in December (that the business rescue plan used a straight-line ‘average’ of $45 a barrel in its financial projections for 2022-2024 remains bewildering).

This is highlighted as one of many “financial headwinds in 2022”.

In their 455-page application for liquidation, the BRPs say this is “significant” as the company’s profitability is reduced by R109 million annually for every $5 increase in the Brent Crude oil price.

The ‘approved’ revised financial projections as part of the business rescue plan show route profit (before head office costs) of R1.3 billion in FY2022. This translated to profit before tax of R501 million for the airline business.

The ‘projected’ route profit (if one can even take this seriously) would’ve evaporated rather rapidly during the course of last year as the price of oil climbed steadily higher than $45. The price spike caused by the invasion of Ukraine would have surely been the final nail in the coffin of an airline reeling from the impact of the UK travel ban.

A battling Comair was then grounded by the South African Civil Aviation Authority (CAA) in March due to safety concerns.

The airline did not fly for four full days.

In the original business rescue status reports for March, the BRPs said the impact of this was not material.*

Read: How to get a kulula.com or BA refund from your bank or Comair

In the liquidation application, it is suddenly claimed that the airline lost “approximately R60 million in revenue as a consequence of that suspension”.

The text specifying the ‘R60’ amount looks definitively different to the rest of this founding affidavit.

There are a few things that don’t quite add up.

Source: Page 20 of the application for Comair’s liquidation

Just prior to the CAA grounding (on 10 March), the BRPs had successfully obtained $8 million (R120 million) in additional funding from the Comair rescue consortium, the ultimate architects of the original business rescue plan.

The BRPs note that the “company required at least another R125 million by [the] close of business on 30 May 2022”. They say that neither the “investors (the rescue consortium) nor the lenders were prepared to fund the company any further”, adding that “confidential engagements with other potential investors came to nought”.

As at the end of April, according to management accounts, Comair had assets of R4.055 billion.

The bulk of this, R3.6 billion, comprises property, plant and equipment – mostly its fleet of aeroplanes (a fair value of close to R3.5 billion). The ‘value’ and debt related to the Boeing 737 MAX orders is excluded from this.

It has R3.3 billion in loans, R322 million in trade and other payables, and R202 million in unused ticket liabilities.

The debt schedule shows that five planes comprise nearly R1.9 billion of that debt. These are four of its newest Boeing 737-800 aircraft, as well as its first one in this range. All but one of the planes is financed by Nedbank (the other by Absa), and these are securitised loans – i.e. against the physical aeroplane.

There is a R215 million “hybrid facility” for one plane as well as the group’s simulator facility, provided by Investec at the rate of one-month Jibar (Johannesburg interbank average rate) plus 3.36%.

The remainder of the debt is in the form of post-commencement finance:

From the monthly numbers (we only have January to April), one can see the R120 million ($8 million) in additional funding from the consortium flowing in March and April. It is not clear why and how the R270 million in funding prior to this was provided. At least we know the terms.

From the management accounts and liquidation filing, it appears that the banks will get their money (much of these loans were securitised against assets).

Most of the remainder of the debt is also likely to be repaid in the liquidation, meaning the lenders and the rescue consortium will get their money back.

Much of the rest of the distribution (mainly to creditors and staff) will depend on how much of the group’s trade and other receivables the liquidators are able to collect.

In the original liquidation scenario (during peak Covid-19), creditors would only get 33c in the rand. Here, prospects seem significantly better.

Comair was placed in provisional liquidation by the South Gauteng High Court on Tuesday.

*At the time of this article’s publication, the status reports dated 23 March and 31 March respectively, were no longer accessible on the Comair website as the files had reportedly became corrupted. They have since been republished.

What is the amount, up to now because it hasn’t stopped yet, that the SA tax payers subsidized SAA in the last 28 years?