As it continues engagements with interested buyers, government and unions.
By Akhona Matshoba 12 Jul 2022  12:13 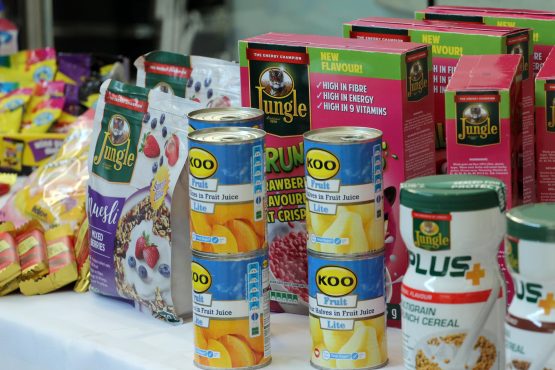 Tiger Brands says the decision to keep the factory open for the upcoming 2022/23 season comes on the back of it receiving an influx of interest from potential buyers looking to rescue the factory from closing down. Image: Moneyweb

The Langeberg & Ashton Foods (L&AF) deciduous fruit factory, owned by JSE-listed fast moving consumer goods giant Tiger Brands in the Western Cape, will remain open for another season, allowing the group as well as interested buyers to come up with a more permanent ownership solution.

In a Sens statement on Tuesday, Tiger Brands says the decision to keep the factory open for the upcoming 2022/23 season comes on the back of it receiving an influx of interest from potential buyers looking to rescue the factory from closing down.

If the factory does shutdown, the small town of Ashton – which relies on it for jobs – would ultimately be plunged into economic instability, putting some 4 500 jobs at risk.

“The decision was taken after a compact was agreed upon with organised labour, L&AF employees and members of the Canning Fruit Producers Association that allows the company to undertake the significant risk required to operate the business for the forthcoming season,” Tiger Brands says in a statement.

“Tiger Brands will continue to engage with interested parties towards executing a transaction that could provide for the continuation of a sustainable deciduous fruit processing operation beyond the 2022/3 season.”

In 2020 Tiger Brands first revealed its intentions to sell the canned fruit business – which largely serves export markets beyond Africa and no longer offered value – as part of its strategic plan to optimise its operations and better position the business for future growth.

At the time, the JSE-listed food producer cited heightened operational risks such as continuing trade barriers that impacted the local market’s competitiveness in the global arena and fluctuations in exchange rates as some of the reasons informing its decision.

In late June 2022, Tiger Brands made known its plans to finally begin the process of disposing the factory, after a two-year process aimed at selling off the business to a consortium of 160 producers, for a price estimated between R200 million and R300 million, failed to bear fruit.

However, an outcry from the agricultural sector and other stakeholders saw a rallying together of various parties interested in giving the factory – which supports 250 permanent employees and an additional 4 300 seasonal workers – a much-needed lifeline.

“The flexibility, open-mindedness and good faith shown by all parties in reaching this compact will allow for the rigorous exploration of any new proposals in respect of the company’s deciduous fruit processing operations, while securing the jobs of 250 permanent employees and 4 300 seasonal workers directly employed by L&AF for a further season,” CEO Noel Doyle says.

The food producer has committed to continuing engagement with all stakeholders, in efforts to reach a mutually beneficial solution

“Tiger Brands will continue engagements with the relevant provincial and national government departments, as well as talks with potential buyers who are able to meet the working capital requirements of the business and have a long-term commitment to ensure the sustainability of the South African deciduous fruit processing industry” it says.

Industry association Agri SA has welcomed the food producers move to continue operations for the upcoming season. Adding that the decision will provide vital reprieve for the sector and the affected community.

However, the association maintains its calls for government to do what it can to find a more permanent solution to the job crisis that looms for the small community of Ashton.

“The decision is a vital reprieve for the sector and for the communities that rely on the facility for their livelihoods,” Agri SA says.

“It sustains the Ashton community and if it were to close, approximately 300 farmers would have no alternative market for their produce. The factory is also the biggest single source of income for the Langeberg Municipality.”

“Saving the factory is therefore as important for the success of the Agriculture and Agro-Processing Masterplan as it is for the health of the Ashton and Western Cape economies.”

Nice! The power of the people speaks. Knowing the farming districts here in the Western Cape, without a farm job in these places, you literally have nothing. I hope that this gets more publicity.