Brimstone pays over R1bn in debt repayments
Where are the risks lurking on the JSE?
Payroll, the fishing industry under lockdown and the reopening of the economy
CLICK THIS COMPANY MORE COMPANY NEWS SENS
OCEANA 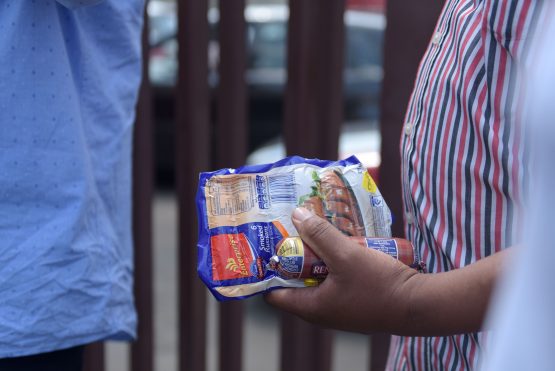 Total revenue for the exports and international businesses declined by 10% to R3.8 billion, while operating income reduced by 32%. Picture: Citizen

South Africa’s Tiger Brands posted results on Thursday, which paint a gloomy picture for the company that is still recovering from the worst listeria outbreak in South Africa’s history. The group’s revenue for the period was down 9% to R28.5 billion and its operating income declining by 28% to R3.3 billion. Headline earnings per share (Heps) shed 26% to 1,587 cents per share.

Tiger Brands, which is Africa’s largest listed packaged-food maker, reported a 22.5% drop in profit for the year with inventories written down and recognised as an expense increasing 25% to R132.7 million in the wake of the outbreak. The write-down attributed to the dismal performance of the value added meat products (VAMP).

“The suspension of operations at VAMP contributed 4% to the volume decline. The balance of the volume decline reflected a worse than expected performance in Groceries and Home and Personal Care,” said Tiger Brands in a statement. At an aggregate level, however, the VAMP division induced an abnormal loss of R422 million.

The food company’s woes go beyond the VAMP division however. Even excluding the impact of the suspension of the VAMP operations, revenue in Consumer Brands (Food) declined by 3% as volume shrunk driving down operating income (excluding VAMP) by 8% to R1.1 billion.

Listeria impact: Not out of the woods

Tiger Brands is still reeling from the effects of the listeriosis outbreak, with an application for a class action lawsuit against it filed at the High Court earlier this year. However, the group alluded to the suit not yet been certified. “Following the certification of the claim and the members of the classes, it is anticipated that a quantified claim will be instituted against the company. Tiger Brands has product liability insurance cover that is appropriate for a group of its scale,” Lawrence MacDougall, CEO of Tiger Brands, told Moneyweb.

Meanwhile, the group announced a Centre for Food Safety in collaboration with Stellenbosch University, setting aside R10 million for the centre’s operations. “The centre will conduct food science and food safety research to provide expert opinion and academic support to the industry, and to help government ensure that food safety regulations are based on sound scientific evidence,” says MacDougall. “It will also play a leading role in consumer education on food-related issues.”

Tiger Brands confirmed the board’s decision to pursue an unbundling of its entire shareholding in Oceana Group Limited. “The decision was taken following a review of Oceana’s fit with the group’s core business undertakings. The approximate implementation date of the unbundling is April 2019,” said Tiger Brands in a statement.

In addition, the group reaffirmed its strategy focus on the core portfolio. “Being a public company, for us to buy more shares there would have been difficulties but we have to focus on our core business and a decision has been taken by the board to unbundle that portion of our shareholding back to the shareholders. It is about being more focused on our core portfolio and giving as much attention as possible to growing our core brand,” MacDougall explains.

Tiger Brands’s total revenue for the exports and international businesses dropped by 10% to R3.8 billion, driving down operating income 32% to R270 million as the deciduous Fruit business disappointed. “Revenue declined by 20% due to lower volumes and a drop in fruit yields following the severe drought in the Western Cape. An operating loss of R128 million was incurred in the year,” said Tiger Brands in a statement.

In isolation, however, the company’s exports business showed growth potential with revenue increasing by 4% to R1.8 billion. The group however admitted a mixed bag for its West African operations with its Cameroon subsidiary Chococam recording 3% growth in revenue but Deli Foods further deteriorating with an operating loss of R51 million. Tiger Brands’s Deli Foods in Nigeria is still recovering from a devalued naira and a sluggish economy.

Over in the East, the company has struggled in Kenya, exiting the market after disposing of its 51% stake in the local unit, Haco Tiger Brands, to local billionaire Chris Kirubi. Reports from local media saying that Haco had misrepresented its financial position.

“The Africa strategy now is building on what we have. We are now focusing on ensuring that we have increased penetration of our brands from South Africa onto the rest of the continent,” says Nikki Catrakilis-Wagner, investor relations director at Tiger Brands. “By exiting Haco (in Kenya) that opens us the way for us to export our products in to those markets more aggressively.”