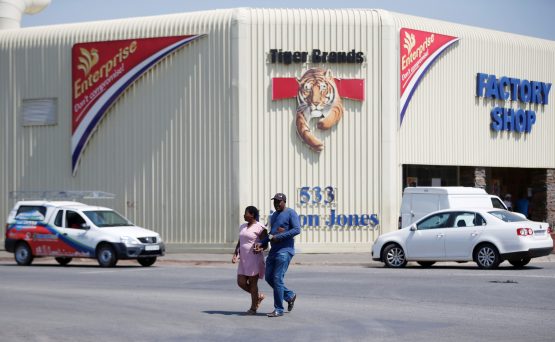 Tiger Brands is reporting a 1% growth in revenue growth following a 5% fall in revenue in the corresponding period last year, due to halting of its Vamp business. Picture: Siphiwe Sibeko, Reuters

South Africa‘s Tiger Brands on Wednesday reported a 1% rise in group revenue from continuing operations for the four months to January 31 on Wednesday helped by overall price inflation and volume growth.

Excluding its Value Added Meat Products (Vamp) unit, which produces cold meat such as polony, group revenue rose 8%, driven by overall price inflation of 2% and volume growth of 6%, it said.

For most of 2018, production at its Vamp business was halted after the source of the world’s largest ever listeriosis outbreak was traced in March to a factory owned by Tiger Brands’ Enterprise Foods unit, prompting the health department to recall tonnes of processed meat products.

In December authorities gave the food maker permission to re-open the Polokwane processing facility, a few months after production restarted at other facilities.

“The re-launch of the Vamp business has been well received by customers and consumers, however challenges in managing the factory start-ups have resulted in an inability to fully meet demand in this period,” the group said.

This had a significant negative impact on that business’ operating performance, it added.

It saw good volume in wheat, maize, groceries, snacks and treats, beverages, baby and in particular, home and personal care.

Tiger Brands has had to cope with intense competition in a low-growth, value-driven consumer environment, coupled with price deflation in some soft commodities.

“With the exception of sorghum-based products, pasta, maize and rice, all categories recorded selling price inflation although price increases were not sufficient to fully recover cost increases, resulting in gross margin compression,” it said.

The company said it has not received a summons from class action lawyers representing victims of listeriosis, which claimed more than 200 lives in the country.

A South African court in December granted a class action certificate to the victims, paving the way for them to make claims against Tiger Brands.

The company said it has product liability insurance cover appropriate for a business of its scale, which will be used in the event that the company is held liable.

“Coverage has been confirmed by the insurers, subject to the terms and limits of the policy,” it said. Will also create a podcasting feature so users can download and listen to podcasts directly from the main app.