Says it will no longer be selling its international deciduous fruit business.
By Akhona Matshoba 25 May 2022  12:02 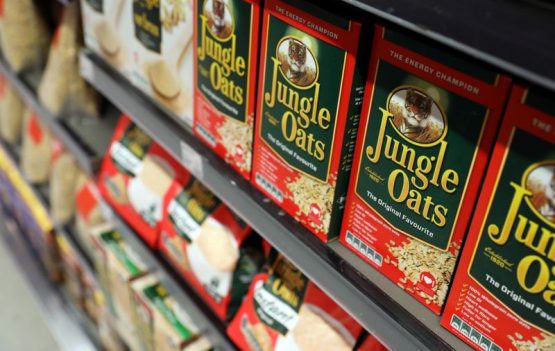 JSE-listed Tiger Brands’ revenue for the six months ended March 31 2022 only increased by a subdued 2% to R16.8 billion, as price inflation climbed and parts of its business saw volume declines.

Headline earnings per share (Heps) for the period declined by 2% to 729 cents per share, while group operating income – before impairments and non-operational items – dropped by 5% to R1.5 billion and operating margin declined to 8.9% from 9.6%.

The fast-moving consumer goods (FMCG) giant noted that significant volume declines at its Bakeries as well as extended strike action at its Snack & Treats factory drove the muted performance reported in this period.

“The poor performance of these businesses was compounded by challenges relating to the procurement of certain key raw materials and ingredients, as well as packaging availability and the inability to effect sufficient price increases to offset unexpected cost push[es],” the group says in a Sens statement.

“The group’s improved top line and profitability in the second quarter were insufficient to negate the poor start to the year.”

Its interim dividend remains unchanged at 320 cents per share.

Although the group reported a 2% increase in domestic revenue for the period to R14.8 billion, volume losses reported by its Grains portfolio hampered growth.

“Domestic revenue was adversely impacted by Grains with the primary drivers being Bakeries, which experienced significant volume losses following the implementation of price increases intended to recover category cost push, and Rice, where prices deflated in line with lower international rice prices.”

The Grains portfolio reported a 1.5% decline in revenue to R7.4 billion and a 32% reduction in operating income to R423 million.

Tiger Brands, which owns well-known breakfast cereal brand Jungle Oats, noted a change in consumers’ cereal preference, with their gravitation towards ready-to-eat cereals having a major impact on the performance of Jungle’s core oats offering.

The Consumer Brands segment reported an overall better performance for the period with revenue rising by 6% and operating income increasing by 2% to R654 million.

The groceries portfolio managed to increase revenue by 11% to R3.4 billion. This it says was driven by the solid growth of mayonnaise, tomato sauce and chutney products. Further, revenue in its beverages and baby segments (it owns Purity) grew by 9% and 6% respectively.

The group’s exports and international segment reported some positive growth, with its total revenue increasing by 5% to R1.9 billion, supported by an improvement in performance by its deciduous fruit portfolio.

“Despite an improved top line, the business recorded an increased operating loss of R54 million (2021: R52 million) due to an adverse sales mix and higher freight and packaging costs.”

In light of the improved performance, the group says it will no longer be selling the Deciduous Fruit business, after trying to find a buyer for more than two years.

However, it adds that the decision to terminate the process comes after interested parties were unable to secure funding to conclude the disposal of the business.

“Engagements with key stakeholders regarding the future of this business are currently underway, the outcome of which will be communicated to shareholders over the coming months.”

In its outlook for the rest of the financial year, the food producer noted that although it continues to see the effect of persisting supply chain challenges as well as related inflationary pressures, it remains dedicated to protecting consumers from selling price increases by continuing with its cost reduction and efficiency initiatives.

However, despite its efforts, Tiger Brands warns the possibility of consumers seeing significant price increases across most of its portfolios remains.

“Inflation in the second half is likely to run into double digits with the full impact of this on consumer demand for our brands a key unknown. Balancing margin and volume will be key challenge over the next 12 months.”