Shareholders are willing to put up with directors rewarding themselves well, provided they too get to share in the loot.
By Ciaran Ryan 27 Oct 2016  00:01 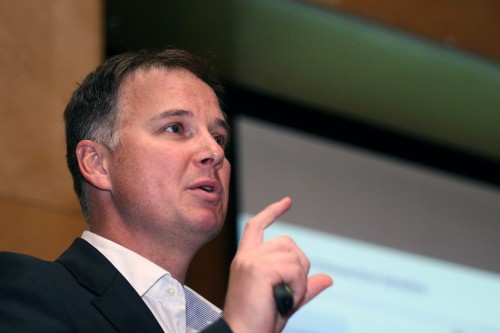 We wait with interest to see what Tiso Blackstar’s new management incentive scheme looks like. The old one was linked to growth in net asset value (NAV), and it certainly delivered that, but investors have not been particularly electrified by the company’s performance. The share price is down from about R13 to R8.70 over the last year.

Tiso Blackstar is a media investment company that owns 100% of Times Media, as well as commercial marketing group Hirt & Carter, and some radio stations in Kenya and Ghana. It is in the process of off-loading non-core investments Robor Industrial, Consolidated Steel Industries and Kagiso Tiso Holdings so it can focus on its media interests.

In 2014, CEO Andrew Bonamour earned R21.5 million through the company’s management incentive scheme, plus a remuneration package of R2.6 million, most of it earned from Times Media. His package dropped to R1.26 million in 2015, augmented by about R400 000 in consultation fees – but no incentive award for the year.

In 2014 management awarded itself R32 million in shares and R27 million in cash under the incentive scheme. That’s a pretty decent payout for a company with a total market cap of R2.4 billion.

In November last year, the staff of Sunday Times (part of Times Media) fired off an angry missive to Bonamour over the fact that their annual bonuses were suspended. According to Bloomberg, Bonamour’s response was that staff “didn’t meet criteria for bonuses”. So no love lost there.

In recent years the share price has traded at a discount of up to 50% of NAV, which means the sum of the parts is greater than the whole. When this goes on too long, a dismantling of the group is indicated as a way to unlock value. In a widely-held share, this could also trigger a hostile takeover.

This is why Tiso Blackstar will from now on consolidate its financial results, in the hope that the share price will more closely mirror the combined earnings of its underlying holdings.

Though Tiso says its valuations are conservative, there is a clear incentive to ramp up NAV if management remuneration is dependent on it. No doubt sensitive to potential claims of undue executive enrichment, Tiso Blackstar amended the incentive programme in March last year so that just 10% (down from 15%), of any increase in intrinsic NAV would go to management. Now a new incentive scheme is being put in place. The old one, based on increases in NAV, has run its course. In any event, no incentive was awarded in 2015 year as the NAV had dipped. It would have to recover to its former high watermark plus exceed a hurdle rate, being the South Africa Short Term Fixed Interest Benchmark Rate, before the incentives would again kick in. That is immaterial now as the incentive scheme is to be changed.

Blackstar Group director William Marshall-Smith told Moneyweb that as of July 2016, the change in accounting methodology “means that the balance sheet will no longer necessarily match the market value of its underlying investments as determined by markets (in the case of listed) or directors valuation (in the case of unlisted).”

Revenue and earnings of its subsidiaries will be consolidated, and it is likely that investors will look at earnings multiples and expected and reported profits and cash flow when determining the value of Tiso Blackstar shares.  It is hoped that this will improve the market valuation, and therefore lower the discount but this is unknown, says Marshall-Smith. “The existing incentive scheme is linked to NAV but this is no longer practical and has been cancelled as of 1 July 2016.  An incentive scheme will be put forward to shareholders for voting once a proposed scheme is finalised.  A proposed incentive scheme is not sufficiently developed at this stage to comment on.”

One investment manager contacted by Moneyweb says hitching management incentives to increases in NAV is fairly common as it aligns management and shareholder interests, provided the underlying assets are fairly valued.

It’s difficult to make a year on year comparison because of the ever-changing composition of the underlying assets, but the debt position certainly improved, with R76 million paid out to settle borrowings and finance costs. The cash position at the end of the year was R13 million, down from R19 million at June 2015.

The NAV ramped up to R4.4 billion in 2015 (from R1.6 billion) after Tiso acquired all the remaining shares in Times Media and a 22.9% direct equity investment in Kagiso Tiso Holdings. On completion of these acquisitions, four directors were awarded consulting fees ranging from about R200 000 to R600 000. The group is now planning to sell roughly R2 billion in non-core assets which will free up cash for media-related acquisitions. That, and the move to consolidated accounting, should improve the share performance.

JSE company Zeder is an agricultural and food investment company whose main assets are Pioneer Foods and Capespan. It sucked R1.6 billion and R1.8 billion out of the company in 2016 and 2015 respectively. Not bad for a group with a market cap of R10.4 billion and total investments valued at R12.4 billion.

Several other investment firms are also generous to their directors, including PSG, Brimstone and Astoria.

Shareholders are willing to put up with directors rewarding themselves well, provided they too get to share in the loot. But when directors are seen to be over-doing it, shareholders are likely to revolt.

Execs are allowed to loot, provided the shareholders get their share – – – what’s wrong with that?
Together they own the company.

I think the issue might have more to do with shareholder value destruction to the benefit of the execs ….

Indeed the do own the company. And that is the name of the game we all play. But it can be difficult to stomach when the media houses are going through their umpteenth round of retrenchments.