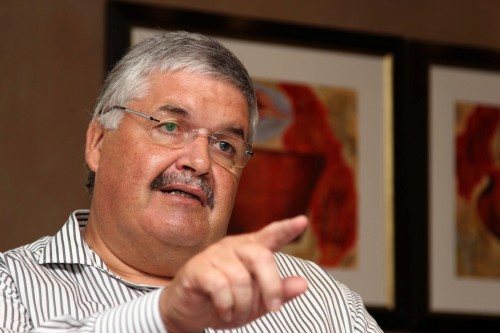 Louis von Zeuner, board chair of beleaguered JSE-listed sugar and property group Tongaat Hulett, has resigned as chair with immediate effect the firm confirmed on Thursday.

The group cited personal reasons for Von Zeuner’s exit, but said he would remain on the board as a non-executive director until June 30, 2022, as part of a hand-over process.

Tongaat Hulett’s share price fell almost 6% on the news in midday trade on Thursday, hitting a low of R2.59 a share.

Von Zeuner was appointed to the Tongaat Hulett board in December 2018 as part of a new leadership team, following the accounting scandal that rocked the group.

Tongaat Hulett said in a Sens statement that Von Zeuner has informed the board he will not be available for re-election as chair at this year’s annual general meeting (AGM) due to a change in personal circumstances.

“Mr von Zeuner has consequently resigned as chair but will remain on the board to assist with a smooth transition and handover until June 30, 2022. [He] will resign as an independent non-executive director of the company effective 30 June 2022,” Tongaat Hulett pointed out.

“On behalf of the board and executive team of Tongaat Hulett, we wish to sincerely thank Mr von Zeuner for his exceptional leadership, guidance and support during the difficult time that THL faced when he took over the role as chair. We wish him every success in his future endeavours,” said the group’s CEO Gavin Hudson.

Tongaat Hulett said David Noko, who has been serving as lead non-executive director on the board since July 1, 2020, will assume the role as interim chair.

“The board has begun the process to identify a suitable replacement and shareholders will be advised as soon as an appointment has been made,” it added.

According to the sugar producer, Noko was executive vice president at AngloGold Ashanti and served as CEO of Air Chefs and managing director and CEO of De Beers Consolidated Mines Limited. He is a chartered director, a member of the Institute of Directors and is chair of the University of the Free State’s council. He is also lead advisor at his consultancy company ESG Advisory Limited.

Read:
Appeal against Tongaat Hulett mandatory offer exemption dismissed
Institute of Directors weighs in on the ‘dilemma’ of executive pay

Tongaat Hulett said the board’s priority is on steering the company with the support of shareholders and lenders to provide a sustainable future.

“We remain committed to the recapitalisation process, which we believe will protect intrinsic shareholder value and create a legacy for the half a million people dependent on the existence of Tongaat Hulett across the Southern Africa Development Community. Our engagement with lenders, shareholders and regulators to bring this to fruition continues,” Hudson pointed out.