Tongaat Hulett’s overhaul, following an accounting scandal that brought the Durban-based sugar producer and land developer to its knees last year, is firmly on track as the group posted a strong half-year performance (to the end of September 2020) on Friday.

CEO Gavin Hudson, who was brought in to clean up the mess left by the group’s former senior executives, has led Tongaat Hulett’s turnaround.

The group is now on the brink of reporting a headline profit, with its headline loss being brought down to R6 million for the period, compared with a headline loss of R517 million previously.

Tongaat Hulett’s revenue for the Covid-19 impacted six-month period was up 37% to R8.2 billion and operating profit surged 95% to R1.9 billion.

“Total headline earnings recorded a sharp turnaround, increasing 156% to a profit of R175 million from a loss of R315 million previously, while cash flow from operating activities improved by R1.9 billion,” the group said in a statement.

This led to “an improved headline loss of R6 million against a previous loss of R517 million” Tongaat Hulett noted.

It added that good progress has been made in bringing down its debt, with transactions totalling R6.4 billion concluded to date, of which R5.76 billion was applied towards the group’s debt reduction target of R8.1 billion by September 30, 2021.

This includes the recently-finalised sale of its starch business to Barloworld in October 2020.

“Tongaat Hulett has made excellent progress and delivered in tough economic conditions, further impacted by the sudden onset of Covid-19,” remarked Hudson, following the release of the group’s latest set of results.

“The critical indicators continue moving in the right direction, and I am so proud of how the team has risen to meet the exceptionally challenging conditions. Our sugar operations delivered solid results, driven by a strong turnaround in South Africa and good operational performance in Mozambique and Zimbabwe,” he said. 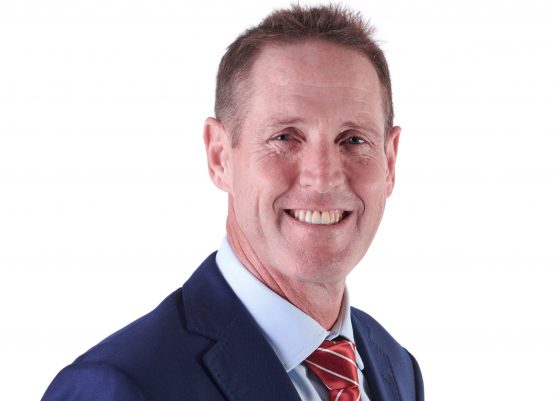 “Tongaat Hulett is a solid business with significant assets. Now is the time to pivot and look towards future growth. We are well placed to do so, given that our sugar business is a leading agri-business in SADC [the Southern African Development Community] and our property business has one of the largest portfolios of premier commercial land in KwaZulu-Natal and indeed South Africa,” Hudson added.

He stressed that the group’s board and team are fully focused on the turnaround, by “delivering on its strategic plan”. This includes driving efficiencies, building capability in people and processes and continuing to fix the fundamentals to create a platform for sustainable, profitable growth.

“More remains to be done, but we are happy with the progress to date. Tongaat Hulett’s focus is to continue to position the group favourably and build on both existing opportunities and future diversification prospects.

“We are rebuilding trust in Tongaat Hulett and that is testament to a great team and incredible hard work over the last two years,” said Hudson.

After recommencing trade on the JSE in late January, the share dropped to an all-time low of around R2 during the initial ‘hard’ Covid-19 lockdown in April. However, it has recovered more than 100% over the last six months.

However, following the accounting scandal last year, the group’s stock has lost over 88% of its value and currently has a market capitalisation of just under R1.6 billion.

Tongaat Hulett did not declare an interim dividend due to its current headline loss financial position.

Do you see now? I warned you, but did you did not want to listen! Sugar is bad for your wealth.

I am not a CA, but these results almost seem to good to be true. I find it unbelievable that a company could effect such a significant turnaround during a time of subdued economic activity. Are they including the capital from the sale of the two business units in these results? If so, then these financials are not what they appear.

These results are not an overnight turnaround. The exec team have been at it for the last 20 months. The sale of the Starch business was concluded post the closing date for the reporting period. Go look at the segmental report for continuing operations, the results year on year reflect their strategy.

Phenomenal. Bought shares at R2! Sugar has been very sweet for me. And it will rise over R20 easily!

I. TRIANGULAR 3 months ago

This company is doing well, since first November, I expect to see the share price reach 15 by next week