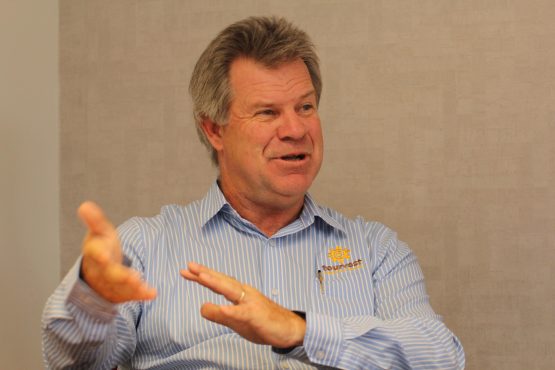 Integrated tourism group Tourvest will have all its local foreign exchange outlets rebranded by June when its 20-year franchise agreement with American Express Foreign Exchange comes to an end.

According to Tourvest Financial Services (TFS) chief executive Andrew McDonic the group’s new venture with global forex provider Travelex will however provide it with an increased footprint and should result in an increase of the number of annual transactions from 500 000 to 860 000.

McDonic explains that American Express has been exiting the forex market to focus on its core business. Its South African forex franchise was the only one left globally.

Knowing that the American Express franchise would be coming to an end, Tourvest decided to partner with an international brand that inbound travellers would recognise, he says.

The international Travelex Ltd now owns 25% of Tourvest Financial Services, which owns 100% of the new SA retail forex business. The agreement has a lifespan of 15 years.

He says the existing 50 local American Express Foreign Exchange branches will be rebranded to Travelex and the combined footprint will grow to 80 outlets.

The process to integrate Travelex’s local operations with Tourvest’s system has already started, he says.

The process is no doubt being tackled with extreme diligence: the company received an administrative sanction in March last year following an inspection by the Reserve Bank (Sarb).

One of five forex dealers to be sanctioned, ‘Tourvest Financial Services trading as American Express Foreign Exchange Services’ was given a R750 000 fine for failing to report cash transactions above R24 999.99 to the Financial Intelligence Centre.

The Sarb, which is mandated by the Financial Intelligence Centre Act (Fica) to ensure that enterprises of this nature have adequate controls in place, noted that the fines were imposed because of weaknesses in the dealers’ control measures and not because they were found to have facilitated any dirty transactions.

The deal will give Tourvest access to Travelex’s global network of foreign exchange bureaux. Travelex is the largest independent foreign exchange business in the world, he says. It has 1 200 stores in 27 countries and employs more than 9 000 people.

Travelex will benefit from an improved broad-based BEE rating.

McDonic says that from the local travel trade’s point of view, it will be business as usual.

The combined Travelex/Tourvest operation will have a market share of more than 20% and be the largest independent retail foreign exchange provider in the country, he adds.