Naspers unbundling good for the index

The JSE Top 40 Index lost its appeal as a benchmark and hedging instrument due to Naspers’s disproportional weighting in the index.
Adriaan Kruger 5 Apr 2019  00:35 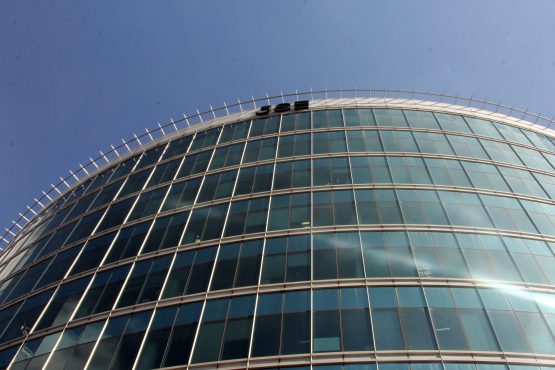 The unusually large weighting of Naspers meant the index would mirror any movement in the Naspers share price; if Naspers rose, the index would rise, even if other shares were declining. Image: Moneyweb

A significant and welcome result of the present restructuring of Naspers is the necessary change in the calculation of the Top 40 Index, which will reduce the share’s weight in this important index. These changes should help to restore the Top 40 futures contract as a useful instrument to hedge share portfolios, a role that was lost over the last five or six years.

The dramatic increase in the Naspers share price has steadily increased its weighting and its importance in the Top 40, to such an extent that the index no longer represented the movement of the share market as a whole.

The increase in Naspers’s share price resulted in a situation where its market capitalisation increased to about 25% of the value of all 40 companies included in the index. The second biggest company in the index, BHP Billiton, has a weight of around 11% in the index.

In short, due to the unusually large weighting of Naspers, the index would mirror any movement in the Naspers share price and not necessarily that of all the shares in the index. The index would rise if Naspers rose, even if mining, banking and retail shares were declining.

Sometimes only a small uptick in Naspers – brought about by an equally small movement in the price of Tencent on the Hong Kong stock exchange – would send the index running, despite some large declines in the prices of some of the other shares.

It drove speculators crazy, while the Top 40 lost its appeal among large institutional investors who would want to hedge their portfolios against large and unexpected movements in the market.

Professional investors such as pension funds, insurance companies and hedge funds, would normally use futures contracts to safeguard their portfolios during periods of uncertainty, for instance at times when important announcements are due and portfolio managers would like to reduce their risk. Recent examples of such events include last week’s announcement of Moody’s review of SA’s investment rating and the SA Reserve Bank interest rate decision.

A portfolio manager can move the risk associated with uncertainties such as these to risk-seeking speculators by selling index futures contracts equal to the value of their portfolio. If the interest rate increases and share prices drop, the portfolio will show a profit on its short futures position to balance the loss in its share portfolio. It will show a 0% return for the period instead of a loss.

In this case, speculators will lose money on their long positions. But if interest rates remained unchanged and share prices increased, speculators would have been rewarded handsomely for accepting the risk in the market.

However, a prerequisite for an effective hedging strategy is that the index has to represent the performance of the portfolio. The Top 40 has been failing in this due to the unrealistic weight of Naspers and its effect on index values.

Few fund managers – whether they manage a huge pension fund or a private client’s smaller portfolio – would invest 25% in a single share. In practice, most investment managers would include a minimum of 10 to 20 shares in a portfolio. They would choose from a universe of at least 150 shares out of the more than 400 listed companies.

Usually, asset managers’ mandates would not allow an investment as big as 25% in a single share. Regulations pertaining to unit trusts allow a maximum exposure of 10% to a single share, with most unit trusts (and other institutional portfolios) investing no more than around 5% of its assets in one company.

JSE Ltd, the owner and operator of the equity, bond and derivatives markets in SA, reported in its recent results that the trading of index futures on the SA Futures Exchange (Safex) decreased significantly during the last year, because “the main market index lost its appeal as an effective hedge”.

Valdene Reddy, the JSE’s head of equity and equity derivatives, says the popularity of the Top 40 declined in the last five years due to what she termed the “concentration risk” in the Top 40. “The value of contracts traded during the last 12 months declined by 27% compared to the previous year. It declined by 15% in terms of the value of contracts traded.”

She says the unbundling of Naspers will reduce its weight in the index, although the Top 40 will still include Naspers, MultiChoice and the new entity (Newco for now). Multichoice has a market capitalisation of R52.7 billion at its current share price of R120, slightly larger than that of Woolworths and much larger than Sappi.

How ‘lightweight’ will Naspers become?

Even after the unbundling of most of the international assets to form Newco, Naspers’s market cap will still be large enough to remain in the Top 40. The biggest change is that Newco’s weight in the index will reduce after its listing on the Netherlands Stock Market due to the way the JSE deals with inward listed shares when calculating its indices.

The JSE follows two steps to construct the Top 40. Firstly, it determines which shares to include based on the total market cap of the listed companies. Secondly, it calculates the weight in the index based on the number of shares available to local shareholders – the so-called free float.

In the case of companies with their primary listing on other bourses, only shares registered on the local share register will be included in the free float. Shares on foreign share registers are thus excluded when determining their weighting in the index.

“The reason for Naspers’s current large weight in the Top 40 Index is that all its shares are available to local investors and included in the free float when calculating its weighting in the index,” says Reddy.

In contrast, British American Tobacco with a market capitalisation similar to that of Naspers has a weight of only 2% in the index as most of its shares are traded and registered offshore and thus excluded from the local free float.

Naspers’s unbundling will result in a reduction of Newco’s free float and weight in the index. Reddy says the adjustments will be calculated and the exact changes announced as soon as all the documentation for Newco’s listing in the Netherlands has been completed and approved.

Shaun Murison, senior market analyst at IG, says Naspers will retain a holding of some 75% in Newco. “While the weighting will be reduced, Naspers will still represent a significant portion of the index.”

The change with regards to the inward listing of Newco will nevertheless reduce the weight of Newco, and effectively the effect of price movements in Tencent. To what extent will depend on the number of shares remaining on the local share register.

Murison agrees that using the index to hedge a broader equity portfolio is not as effective as it used to be due to the nature of a market-cap weighted index with disproportionately sized businesses. “Currently, the top three shares in the index account for nearly 40% of the index. The index is skewed in favour of changes in the share prices of Naspers, Richemont and BHP Billiton.

“While the Naspers unbundling might lessen its impact and increase the proportion of others, it is unlikely to dramatically improve the hedging capabilities of a broad basket of shares,” says Murison.

The best way to hedge a portfolio would be for fund managers to use derivative instruments based on individual shares, such as single-stock futures (SSF) or contracts for difference (CFD). Single-stock instruments can be selected to mirror a portfolio closely and offer more accurate hedging. These instruments are popular among speculators and short term traders wanting to offer institutional investors liquidity to offload their risk.

Another option is for the JSE to list a more appropriate index to hedge portfolios on Safex, and hope that it becomes popular enough to be effective.

Read: Naspers and Steinhoff: Why I won’t invest in the JSE Top 40

Where was the sub editor here? The first half-dozen paragraphs of this article said the same thing.

sub-editor or not, an interesting article with substance. I learnt somethings I did not know about index construction there.

This is why (in the South African context at least) capped indices play an important role. The Capped SWIX 40 – J430 – is an index that has in the last couple years become quite a highly followed and traded index. Here the weighting to any stock is capped at 10% (effectively just Naspers is capped at this level). Many managers have changed their benchmark to either this index or the Capped SWIX – J433 – that doesn’t just track the large caps.

“A portfolio manager can move the risk associated with uncertainties such as these to risk-seeking speculators by selling index futures contracts equal to the value of their portfolio. If the interest rate increases and share prices drop, the portfolio will show a profit on its short futures position to balance the loss in its share portfolio. It will show a 0% return for the period instead of a loss.”

Incorrect, the portfolio will return the risk-free rate.

All I can say is that I am very happy that I have Naspers shares and that they were part of my investment in the top 40. If it was otherwise, I would have been much poorer. It boils down to risk , probably luck, and how you deal with it.

How do you feel personally about their management decisions like director compensation, aquisitions, disinvestments, stock market listings, unbundlings and so forth?

It’s often neglected that Naspers has a presence on A2X, NYSE and LSE. They really love their numerous stock exchanges, and now a new one taking 25% of the equity. More the merrier…