Toyota South Africa Motors (TSAM) is investing in solar energy at its manufacturing plant in Prospection in Durban, with the aim of achieving zero carbon dioxide (CO2) emissions from the factory by 2050.

TSAM president and CEO Andrew Kirby confirmed that the company has been installing photovoltaic (PV) panels around its plant site since 2016. Three megawatts (MW) of solar power was installed at a cost of R33 million – saving 3 600 tons of CO2 a year.

These initiatives involved generating solar power from PV panels on the roofs of its blanking plant, paint plant, HiAce plant and chassis plant.

But Kirby said at a recent Toyota State of the Motor Industry event that TSAM has set itself some fairly stiff targets and the aim of its overall road map is to generate 16MW of solar power at its plant by 2025.

“We have a day and night shift and when we combine both, it [solar power] will equate to around 22% of our total consumption in the plant and save us 20 000 tons of CO2 a year.

“We are not only doing this, but this is probably one of the bigger initiatives that we have,” he said.

TSAM reported last month it will be investing R4.28 billion in South Africa between October last year and this year, which will create more than 1 500 jobs – a third of which will be at its Durban plant.

Of this total investment, R928 million will be for environmental investments, production facility upgrades and tooling for new models, including the new Corolla Quest.

Several other locally-based vehicle manufacturers have or are planning to invest in renewable energy.

The Ford Motor Company of Southern Africa (FMCSA) confirmed in November that it will this year launch the first phase of a four-year renewable energy plan, with the intention of making its Silverton production plant completely self-sufficient for all its energy needs. FMCSA MD Neale Hill said it will be building a biomass plant on a parcel of land that has been identified for this purpose on the existing Ford site in Silverton, Pretoria.

Read: Ford to take its Silverton plant off the grid

Volkswagen Group South Africa (VWSA) reported in October last year it was poised to implement a plan to move its manufacturing plant in Uitenhage, plus some of its component suppliers in an adjacent supplier park, off the national electricity grid. Thomas Schaefer, the chairman and managing director of VWSA, said a planned project, involving the investment of R3.5 billion in a biogas facility that uses organic waste to produce electricity, was in its final phase and the Uitenhage plant will be off the electricity grid within the next two to three years.

BMW SA was the local automotive pioneer in renewable energy. In October 2015 it started receiving power from biogas renewable energy company Bio2Watt from its first plant at a Beefcor feedlot in Bronkhorstspruit, which at the time was the first viable commercial biogas project in South Africa.

In terms of this, the zero CO2 action involves increased electric vehicle sales, lifecycle CO2 reductions at its suppliers, logistics and dealers, and zero CO2 from its manufacturing.

The net positive impact of these actions is to reduce water usage and water risk. It also has a zero waste initiative, including end-of-life vehicle recycling, as well as sustainable plant activities.

Kirby said TSAM will be generating 4.5MW of solar electricity at its plant by March this year, which is a good step in the direction of reducing its overall  CO2 emissions.

He said the company is in the process of creating a parking environment and fitting PV panels on the roof space, to further expand the installations that will generate another 884kW, with a further 600kW generated at the Hino plant.

“This is also quite a big milestone for us, because the Hino plant will become carbon negative by March 2020 and we will be able feed electricity back into our mini grid within our site,” he said.

Kirby confirmed that Toyota is talking to the Department of Trade and Industry and Competition about how the South African automotive industry can position itself for the future.

“But we have to be honest and [admit] that it is probably going to take a little bit longer than we hoped because of the finances of the government,” he said. “They don’t have additional funds to reduce the cost of these vehicles.”

These are the straws in the wind that Eskom HAS to take notice of. The world is rapidly moving towards renewable energy. PV panel prices have drastically reduced in price over the last decade. Many massive new lithium battery factories are now coming on-stream, which will also lead to a reduction in price. Eskom must forget about the idea that it alone must provide 95% of SA’s power. It is a polluting dinosaur and is being overtaken by competing technologies. Here in SA we have the sun and the wind. PV power is fast increasing in SA and will increasingly provide our energy in years to come.

Odd you just talk about “price” of PV..

what about the life cycle cost? Manufacture of PV panels? and lit batteries needed for continuity?

See the costs comparisons with solar panels worshipers can be very bias.. sitting under an umbrella, on a sunny Karoo day basis

I have no connection with the PV power industry and am merely interested in facts.
E.g. Solar generation is projected to climb from 11% of total USA power in 2018 to 48% in 2050, and is currently the fastest-growing electricity source there.
E.g.The annual growth rate of worldwide cumulative solar energy capacity has averaged 25% over the last 5 years, and is the fastest-growing renewable power source.
E.g. the costs of solar power are predicted to decline by between 15% to 35% by 2024. South Africa has some of the world’s best solar radiation and a 3000km coastline where the wind is always blowing somewhere. It is a resource waiting to be tapped, once our govt allows it to happen. A no-brainer.

At the cost level, a turnkey rooftop system of over 200kva should cost the owner about R9/w so R1.8m now. There are still people trying to sell at 11 and 12 per w but they will not be in business very long. If you work in lifetime of 25y and buy decent inverters that should last 10-12 years and work in cost of finance, the LCOE should work back to mid 70c/kWh depending where and how situated. So for a behind the meter cost of 75c it is no brainer if you can self consume all you generate.

Note the panels are warranted for 25y – they will last much longer. There are old tech 1950’s Bell solar panels still running almost 70y later!

I do not see the project cost going much lower – the manufacturers are mostly selling at variable cost plus a bit, they are not earning a return on capital.

I see private solar as a form of hedging even if you totally ignore the green thing. If you are going to remain 100% dependent on your city council you are like a fish in a barrel. Councils have electricity sales and rates & taxes as sources of margin from which to feed ten things that they run at a loss on. So if you can get to 70% of your energy at known and fixed cost for decades, it is damned clever business strategy. Grid supply is NEVER going to come down and is currently at least double solar

Correct, Johan. Although as mentioned I have no commercial connections with the renewable industry, I have had PV panels on my roof for over 3 years now. As we have a dishwasher, washing machine, tumble drier and 4 airconditioners, my electricity costs were previously on the high side, up to nearly 1600 kW (units) per month. Since installing the panels plus LED lights, my average monthly electricity bill for the whole of 2019 was 167 units per month. And while the panels are guaranteed for 25 years (at which stage they will still be producing at least 80% of power) they obviously last much, much longer. Maintenance? Twice a year I get my gardener to hose them off – that’s it. As I said, a no-brainer. Board approves interim dividend of 515 cents per share, at a pay-out ratio of 55%. 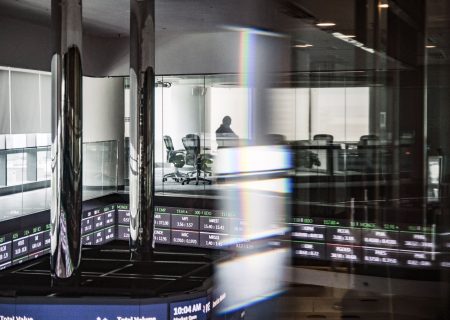