JOHANNESBURG – JSE-listed Transaction Capital says it will consider financing Ubers – vehicles that use the mobile app-based transportation network – as part of potential future growth into the sedan taxi market.

Through subsidiary SA Taxi, Transaction Capital finances more than 10% of South Africa’s minibus taxi population. It estimates that taxis account for about 80% of all public transport trips in South Africa – a number that has remained fairly consistent despite the advent of the Gautrain and Bus Rapid Transport (BRT) systems.

That it offers clients the full spectrum of relevant products – including finance, insurance and tracking products – and earns a margin on all of these, has been a major contributor to SA Taxi’s success in a space that traditional banks shy away from.

CEO David Hurwitz said Transaction Capital would finance specific manufacturers in the Uber space, possibly Toyota and Kia, but that this opportunity would be considered only after it had consolidated its financing initiative of Nissan minibus taxis, as well as its bakkie finance projects.

Transaction Capital has begun financing about 30 Nissan taxis a month and has allocated R50 million towards a pilot that finances bakkies used by consumers for utility purposes.

This is in addition to the bakkie finance it provides SMEs using these vehicles as income-producing assets. Launched last year as a pilot, the SME bakkie finance initiative is now an established project that grew loans by R81.2 million over the six months to March 31.

“What’s not clear is how big the Uber market is in this country. The population that uses minibus taxis is not going to be using Ubers. It’s a different demographic,” added Herskovits, indicating the idea is very much in its initial stages.

Having significantly reconstituted its risk services division, chiefly through the sale of Bayport and Paycorp, the business collectively delivered headline earnings growth of 20% over the half-year period – significantly higher than in previous years.

The majority of this (about 90%) came from MBD Credit Solutions, a debt collections business that acts both as an agent for creditors and also buys books of debt, which it then collects on.

The remainder was derived from Rand Trust, an SME financier and Principa Decisions, a credit software solutions provider.

In the current pressured credit environment, there has been increased demand for MBD’s services, Transaction Capital said.

“Our businesses will prosper and do much better when the consumer environment improves, but they are very defensively positioned and are able to do well in a downturn,” Hurwitz said, noting that the group’s medium-term guidance of continued 22% growth in headline earnings was based on the current tough economic environment.

With R800 million in capital to deploy, Hurwitz said Transaction Capital’s acquisition search continued “in earnest” and it was very well placed to complete acquisitions, which would scale existing businesses.

He said it had made offers on two assets that would’ve fitted into its asset-backed lending division – one insurance-related and the other an asset financier – but that it was not willing to offer the price the sellers wanted.

With management remaining cautious on its acquisitive search, Hurwitz said he was confident that Transaction Capital would meet earnings guidance based on the organic growth of existing businesses. 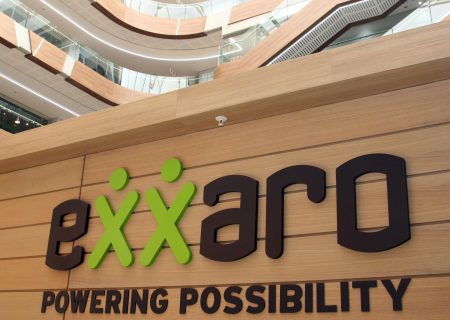