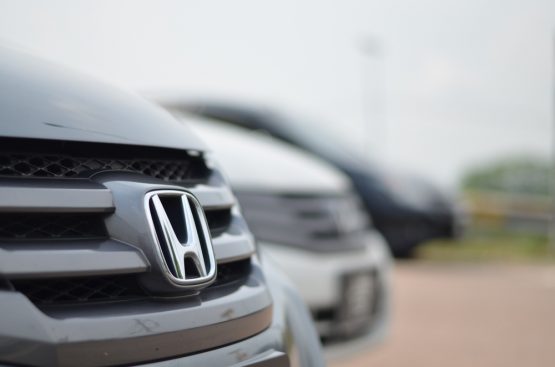 After the Competition Tribunal blocked Naspers from acquiring a controlling 60% stake in specialist car-buying service WeBuyCars earlier this year, Transaction Capital has announced it is taking a 49.9% non-controlling stake in the company.

Transaction Capital will pay a maximum of R1.84 billion for the stake, based on an enterprise value of WeBuyCars of R3.69 billion. The deal will see Transaction Capital paying R1.47 billion in cash plus shares worth R329.3-million (at R20/share). It also has the option to take a controlling stake at a future date.

Transaction Capital will finance the payment of the R1.47 billion from a combination of existing cash resources (R900 million), existing debt facilities (R220 million) and by way of funding from WeBuyCars of R349.3 million, which will be facilitated through a subscription by WeBuyCars of preference shares in the subscriber.

Transaction Capital will pay a maximum of R1.84 billion for the stake, based on an enterprise value of WeBuyCars of R3.69 billion

On the first anniversary of the deal becoming effective, a further R40 million will be paid to WeBuyCars, made up of R20-million in cash and a further R20-million worth of newly issued shares in Transaction Capital.

Transaction Capital CEO David Hurwitz said: “This investment is an exceptional opportunity to own a significant interest in a trader of used vehicles in South Africa, serving its clients through both an e-commerce and physical dealership infrastructure. The investment in WeBuyCars will be immediately value-accretive, converting interest income on our undeployed capital into higher-yielding operating earnings, accelerating Transaction Capital’s earnings growth rate. Options are in place, which if exercised and implemented, after regulatory approval, would result in Transaction Capital increasing its interest in WeBuyCars at a future date.”

WeBuyCars is a technology-led business, with vehicle valuations determined using artificial intelligence and not individual buyer sentiment, Transaction Capital said in its statement. “Sellers can be certain of a fair price and immediate cash settlement on acceptance of the offer. Buyers are given independent vehicle condition reports and high-resolution photos to facilitate their purchase decisions.”

The company buys about 6 000 vehicles a month on average from private consumers. The large used segment of the market, which conservatively trades more than one million used vehicles a year, has shown a compound annual growth rate of 1.7% over the last five years, Transaction Capital said. As the economic environment deteriorates as a result of government’s Covid-19 lockdown, coupled with the weak rand exchange rate, WeBuyCars expects the used car market to expand faster than the new car market.

WeBuyCars CEO and co-founder Faan van der Walt said e-commerce is going to become increasingly important in the used car space. “Significant potential exists to drive penetration and uptake of our business-to-consumer offering, as online and e-commerce trading will drive higher levels of efficient and reliable service, while dissolving physical and geographic barriers. Over time, we expect that e-commerce in the South African vehicles market will gain traction.”

On 27 March, the Competition Tribunal blocked Naspers’s OLX Group from acquiring 60% of WeBuyCars in a deal that would have been worth R1.4-billion. The Competition Commission, which investigates and assesses large mergers before referring them to the tribunal for a decision, recommended that the proposed transaction be prohibited as, it said, it was “likely to substantially prevent or lessen competition”.

The merging parties opposed the commission’s recommendation and disputed its theories of harm to competition and its ultimate conclusions. They argued that the proposed transaction should be approved subject to certain conditions they had tabled, but their arguments were rejected by the tribunal.

After that R1,84bn purchase of 49,9% stake, I think FAAN and DIRK are going to retire even wealthier now!

(….but active people like these, never ‘retire’ 😉 The nice part is the financially free lifestyle.

Well done to them, and serving as entrepreneurial inspiration, from humble beginnings.

We Buy Cars … dealt with them five years ago when they were starting up. Excellent service and it shows that there are still opportunities for clever operators.

Great deal for the Sellers!