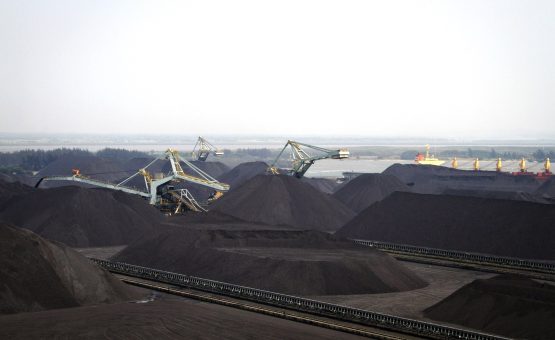 JSE-listed Thungela Resources Limited says Transnet Freight Rail’s (TFR) decision to issue a precautionary force majeure related to its coal rail service to Richards Bay Coal Terminal (RBCT) will not have a “material impact on its operational outlook” for 2022.

Despite the coal giant’s assurance to the market in a Sens statement on Thursday, the group’s share price slumped over 8% in morning trade.

State-run ports and rail group Transnet has long-term coal transportation agreements with the coal exporters that are part of the CEP grouping. However, according to Thungela’s Sens update on Thursday, TFR has notified the coal exporters that its existing capacity constraints – which includes those created by rife vandalism of the coal line – might prevent it from meeting its coal delivery commitments.

Thungela notes that Transnet only managed to deliver 58.3 million tonnes (Mt) of coal to the RBCT in 2021, which is almost 20 Mt less than the RBCT annual capacity of 77Mt.

“Transnet believes that these circumstances will continue to detract from its ability to perform for at least the next six months and that accordingly Transnet is under Force Majeure,” says Thungela.

“Transnet’s view is that the continued impact and duration of these factors actuate a termination right and expressed a desire to exercise this right to terminate the Agreements.

Thungela – South Africa’s largest exporter of coal burned in power stations – says it is committed to engaging with TFR to understand the current contractual position as well as to ensure that coal deliveries to the RBCT remain stable.

The group stressed this is in order for it to continue to take advantage of the current strong market demand for SA’s coal.

“With coal rail services and export sales continuing, notwithstanding the ongoing discussions between the CEPs and Transnet, Thungela does not currently envisage that this development will have a material impact on the group’s 2022 operational outlook which was published on 22 March 2022,” it notes in the Sens update.

I am sorry but gross negligence and incompetence is not covered under force majeure. The theft and sabotage they refer to can be fully anticipated and controlled, the fact this is allowed to continue unabated speaks volumes.

The budget was set at 72 million tons for this year, they are currently on target to only achieve 49 million tons.

Who is benefitting from this service implosion – follow the money. The massive ESKOM trucking cartels are an obvious recipient of significant and ongoing road volume increases. As less and less volumes are moved by rail – the value of TFR continues to drop precipitously – if government wants to privatise this giant SOE (liability) they are certainly making it as cheap as possible for a lucky bidder/s.