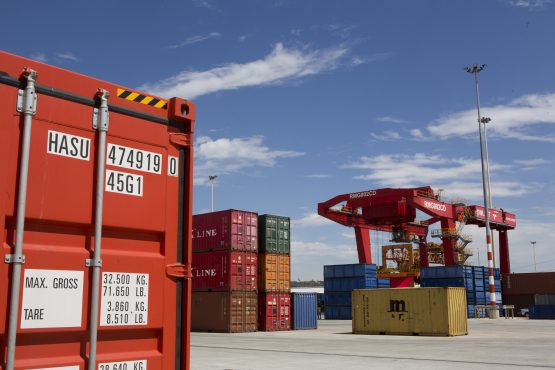 The project at the Durban port was meant to include the reconstruction, deepening and lengthening of berths to accommodate larger vessels. Picture: Karel Prinsloo, Bloomberg

South Africa‘s Transnet said on Friday it would stop a R7 billion project to deepen berths at Africa‘s biggest container terminal in the port city of Durban until a dispute over the awarding of a contract is resolved.

Transnet, which operates nearly three-quarters of the African rail network, said one of the unsuccessful bidders for the project had filed a court challenge against the decision to award the contract to CMI Emtateni Joint Venture, which includes Italian construction company CMC Di Ravenna and local firms.

The state-owned logistics firm said it would investigate the allegations made about the awarding of the contract. Transent did not provide details on what the allegations were.

Officials at CMI Emtateni Joint Venture could not be reached.

“In the interest of good corporate governance, Transnet has decided to issue a stop work instruction on the Main Marine Construction Works contract pending the outcome of the investigation,” Transnet said in a statement.

The project at the Durban port, which handles around 65% of South Africa‘s container cargo, was meant to include the reconstruction, deepening and lengthening of berths 203 to 205 to accommodate larger vessels.

Transnet, which had originally planned to complete the work by 2023, said it would provide details on the impact on the projects timeline when the investigation is completed.

Transnet, which has been investigating allegations of corruption in the procurement of diesel and electric locomotives, in October removed Chief Executive Siyabonga Gama, who has been accused of misconduct in the multi-million-dollar deal. Gama has denied any wrongdoing.