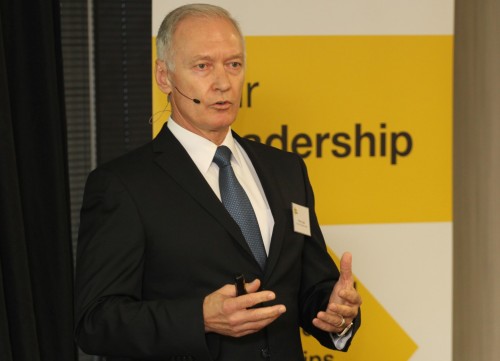 Murray & Roberts CEO Henry Laas is once again allowed to speak in public about German shareholder ATON’s hostile offer to take over the group, but only on behalf of the company.

This follows after the Take-over Special Committee (TSC) clarified its earlier ruling that: “Mr Laas in his capacity as CEO of M&R is ordered to refrain from making any public statements regarding or concerning the offer.”

M&R said in a statement on Monday morning that the group had requested the TSC to clarify this ruling.

This was part of a broader complaint that the independent board frustrated the offer and failed to properly and duly consider the ATON offer and made misleading statements to shareholders. The TSC found in favour of ATON in this regard.

According to the M&R statement on Monday, the TSC clarified that: “In so far as Mr Laas is concerned, the ruling prohibits him from making comments on behalf of the independent board with respect to the offer.”