Two separate cases brought by Mirror Trading International members have gone against the liquidators, who want to interrogate the biggest winners as to how much they banked from the scheme.
By Ciaran Ryan 24 Jan 2022  00:01 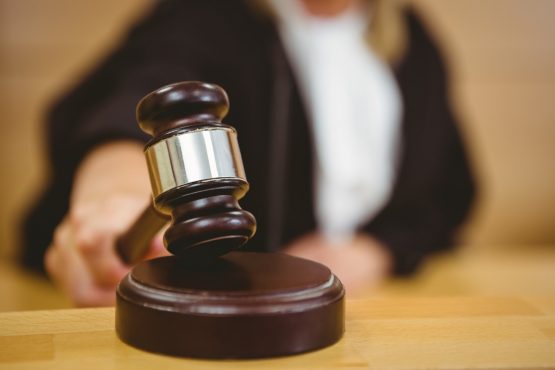 It is being argued that MTI is not insolvent as it ‘only’ faces claims of roughly R350m, while liquidators have recovered R1.3bn in bitcoin. Image: Shutterstock

Liquidators of the Mirror Trading International (MTI) bitcoin scheme suffered two defeats in recent weeks in the Western Cape High Court, after judges rebuffed their efforts to recall several of the prime beneficiaries for questioning in a Section 417/418 enquiry.

Section 417/418 of the Companies Act allows liquidators to subpoena and question company officials and others to find out the cause of a company’s collapse and what happened to assets and liabilities.

It’s a technical victory for the beneficiaries of MTI, which was declared the world’s biggest crypto scam in 2020 by Chainalysis. MTI was red-flagged by the Financial Sector Conduct Authority (FSCA) in 2020 for trading without a licence. The scheme relied on multi-level marketing to grow its member base to about 200 000 members, offering returns of up to 10% a month on bitcoin deposited with MTI. The FSCA found no evidence of any successful trading that could account for returns like this.

MTI was placed in provisional liquidation in December 2020 when it was declared unable to pay its debts after CEO Johann Steynberg absconded to Brazil – where he was arrested by Brazilian police last month.

The liquidation application was brought after MTI stopped processing members’ requests to withdraw funds. The company was placed in final liquidation in July 2021.

It is reckoned that the top 200 winners in MTI made close to R700 million. More than 29 000 bitcoin are reckoned to have been channelled through the scheme.

A Section 417/418 enquiry was convened in 2021 in terms of the Companies Act, and several of the main beneficiaries of the scheme were called in for questioning, including 50% shareholder Clynton Marks and wife Cheri Marks, who controlled MTI’s marketing and social media.

Both Clynton and Cheri Marks succeeded in their application to dismiss subpoenas calling on them to appear for a second round of questioning in terms of the same enquiry.

A second group of MTI members, comprising some of the largest winners from the scheme, were successful in their attempt to have the court throw out subpoenas calling on them for a second round of questioning before a Section 417/418 enquiry, under threat of imprisonment for failing to comply. The order in favour of the members was granted in December, and the reasons for that order were delivered last week.

Herman Bester, deposing for the liquidators in this case, says the six applicants in this case benefitted to the tune of R106 million between them.

One of the most interesting pleadings in the current litigation is the claim that MTI is not insolvent as liquidators have recovered R1.3 billion in bitcoin, while the claims against the company total roughly R350 million, leaving a surplus of close to R1 billion.

The liquidators claim this is because some of the big winners in MTI have urged other members not to lodge claims so that their lawyers could plead the company is solvent and can continue trading.

The liquidators rejected all claims at the first meeting of creditors last year, and have applied to the same court to have MTI declared an unlawful scheme.

That case will be heard in March 2022 and, if successful, means any proceeds derived from MTI amount to unlawful enrichment and must be repaid.

The judgment handed down by Judge Baartman last week stayed the 417/418 enquiry “as the harm the applicants stand to suffer is of a personal nature”.

Baartman further states that she is unable to find that the applicants in the case have strong prospects for success (in the case to decide whether MTI was an unlawful scheme), but on the balance of convenience, they should not be obliged to appear a second time before the enquiry.

A second judgment handed down in the Western Cape High Court last week also excuses Clynton and Cheri Marks from being called for a second round of questioning before the Section 417/418 enquiry. The reasons for the judgment are expected this week.

In his founding affidavit, Clynton Marks deposes that he is a 50% shareholder in MTI and is a creditor in the amount of R135.6 million. This claim is disputed by the liquidators.

His affidavit further states that as MTI has cash in the bank of R1.3 billion (derived from the sale of 1 281 bitcoin recovered from Belize-based broker FX Choice and sold locally for cash) and claims of roughly R300 million, MTI cannot be deemed to be insolvent.

The old Companies Act and the Insolvency Act only allow for “the winding up of a company unable to pay its debts”.

This is a similar argument made by Justin Paulsen of JP Markets, which was shut down by the FSCA and liquidated by the Gauteng High Court in 2020 for operating without the required licence. Paulsen successfully appealed this judgment to the Supreme Court of Appeal, which in 2021 overturned the liquidation ruling.

Paulson argued that the FSCA had overstepped its regulatory powers by shutting down a company that was not insolvent and was attempting to bring itself within the ambit of the law at the time it was shut down.

In the case of MTI, Clynton Marks argues that MTI is able to pay its debts and has no trade creditors, though it has certain non-trade creditors. Marks also argued that the commissioner overseeing the enquiry overstepped the law by issuing summons against him and Cheri Marks for further questioning. The summons also requests them to furnish documents already provided to the enquiry a year prior.

“On the one hand, this suggests that, notwithstanding the trouble to which the Final Liquidators are putting us, they have not taken the time to study what we already produced nearly a year ago,” says Marks. This is quite apart from the inconvenience and cost of travelling from Durban to Pretoria for the enquiry, having previously travelled to Cape Town for the first leg of the enquiry.

Deposing for the final liquidators, Riaan van Rooyen argued that the Marks were approaching the court with unclean hands as they encouraged MTI members to boycott the liquidation proceedings by not submitting claims or handing over documents to the liquidators.

Van Rooyen says Clynton and Cheri Marks are winners to the tune of R62.9 million in the MTI scheme. The aim of the enquiry is purely investigative, and “does not envisage a finding determining or detrimentally affecting a person’s rights”.

The idea that the applicants had previously handed over all documents in their possession is false and premature, Van Rooyen continues. Any information gleaned from the enquiry would give the liquidators better insight into the assets and liabilities of MTI, and guide them in deciding whether to commence or continue litigation.

“Merely because no claims have been approved does not translate to the allegation that MTI has no creditors,” says Van Rooyen.

Contingent claims not accounted for include the R100 million statutory penalty levied by the FSCA against the company, the R136 million claim from Clynton Marks and potential claims by the South African Revenue Service (Sars). The R100 million FSCA penalty has been appealed by the Marks camp.

The liquidators have also claimed that an additional roughly 8 000 bitcoin (worth about R5.4 billion at current prices) have been located in an offshore wallet, though no further details of this discovery have been provided.

The latest court victories for MTI beneficiaries suggest the battle for the future of the company and the missing bitcoin is far from over.

Both cases have return dates in March and April when the court will decide whether the orders issued in recent weeks should be made permanent.

Read: MTI profiteers could be asked to pay back the money