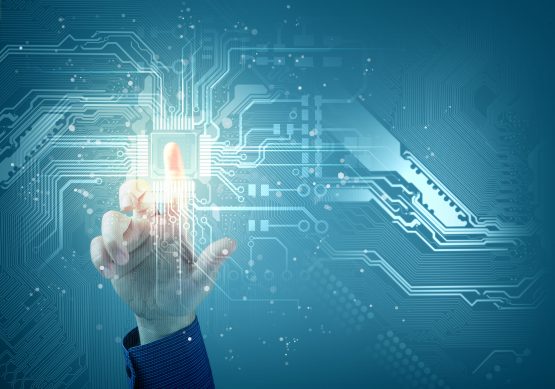 EOH reported a 23% fall in earnings in the first six months of its 2018 financial year. Picture: Shutterstock

It’s not just that IT services group EOH reported a 23% slump in headline earnings in the first six months of its 2018 financial year (this despite a 19% jump in revenue). It’s not that free cash flow is negative. Nor the not insignificant interest-free loans to related parties on the balance sheet. Or even that goodwill comprises a quarter of the group’s assets.

There are two other worrying signs in EOH’s financials.

The group makes its money across four different divisions: IT services, software, industrial technologies and business process outsourcing. The first two, together, are effectively a typical managed services/ICT business and comprise 60% of EOH’s total revenue (it splits out the software unit, which traditionally operates at higher margins).

EOH began disclosing this work-in-progress in its ‘trade and other receivables’ note to its consolidated statement of financial position (balance sheet) in 2015. At that time, it was a relatively negligible R382 million, with total revenue of nearly R10 billion.Services work, by nature, can be lumpy. Projects are often large and, while there are milestone payments, projects can run for years at a time. From a billing perspective, certain project work will be underway (and will therefore be imminently billable). And, although accounting for work-in-progress has traditionally been typical of manufacturing firms (where goods are still in production), increasingly services businesses are using this treatment.

While one would expect work-in-progress recognised to increase as revenue increases, it should not far outstrip top-line growth.

EOH says work-in-progress nearly doubled between the end of January 2017 and end of January 2018 (from R999 million to R1.7 billion). Over that same period, revenue from continuing operations (i.e. excluding the GCT Group of companies sold back to its vendors) increased by 19% to R8.3 billion.

This is a worrying sign. To be fair, this could include one or two larger/exceptional contracts, but the trend of the ratio of work-in-progress to revenue has not been good over the past three years.

Worse is the situation with trade debtors. As at end January 2018, trade debtors totalled R3.8 billion. This increased by R390 million in the six months from year-end (July 2017). EOH has been carrying a balance of trade debtors of over R3 billion for over a year (it only begun disclosing this and work in progress for the half-year in fiscal 2017).

While the trend is far less than ideal, the trade debtors situation is not out of control. In commentary to its H1 2018 results, EOH says “Working capital has increased by R995 million as a result of growth funding; increased work-in-progress associated with ongoing long-term projects; slower cash collections particularly from the public sector. This trend has begun to change following the period under review, and since February 1 2018, the group has received payments totalling over R500 million from outstanding public sector debtors”.

This improvement is significant, meaning that the R3.8 billion will have reduced to a number more in line with the amount at year-end. Bear in mind, however, that there will likely have been a net increase since February 1, despite the public sector payments.

While there’s no direct link between revenue and debtors in the period under review, trade debtors as at the end of the last financial year (July 2017) was nearly a quarter of revenue for the 12 months! Those receivables were – at some point – accounted for as revenue in the income statement.

While acquisitive, EOH has not ‘bought’ a significant amount of work in progress or trade debtors in the past year.

In H1 2018, it accounted for R129 million in trade and other receivables from businesses it acquired. This does not only include trade debtors and work in progress, but other receivables (including VAT) and prepayments.

In the 2017 financial year, trade and other receivables from acquired businesses was R381 million, while in 2016, that figure was R349 million. Of the 2017 figure R84 million was subsequently derecognised after it sold back the GCT group of companies.

The question shareholders need to ask is what percentage of these trade receivables are likely to be paid?

Customers can – and do – dispute invoices in services businesses all the time. This is especially true in software and IT businesses. There are often discrepancies with timesheets, project scope, functionality and/or delivery. Typically, however, these are amicably resolved between the parties (and don’t end up in never-ending arbitration like giant construction projects). But, these resolutions are often at the expense of margin (whether via ‘settlement discounts’ or additional work to get a project to the point where a client signs it off).

At year-end, the group also discloses trade and other receivables that are past due but not impaired. At the end of FY2017, this totaled R909 million (of which R495 million was 120 days and over). This is included in the R3.4 billion trade debtors figure, and is an improvement on the R1.2 billion as at end-FY2016.

EOH’s results for FY2018, due in September, are going to make for mighty interesting reading. The imminent split into two independent businesses will muddy the waters somewhat, but it is hoped that the group will provide both a consolidated view, as well as disclosure for each of these divisions.

The working capital situation as well as trade debtors and work-in-progress as at year-end need to be carefully scrutinised by investors. Still, additional disclosure on these three (as well as other!) items in the financials will go a long way to restoring investor confidence in the group.

He holds shares in EOH, first acquired in March 2011.

I suspect the BPO business is where the problem lies. EOH wants to compete with attorneys, consulting engineers, auditors, conveyancers, etc. All those professional services businesses are notorious for sucking in huge amounts of working capital – “work in progress” – and having dismal margins. Oh, and managing a bunch of clever professionals is like herding cats. Their billable hours are your “stock” and it often vanishes without you even registering that it happened. It is a total mystery why EOH wants to play in that particular sandpit.

Really don’t think there’s much WIP in BPO. Besides, BPO is less than 20% of group revenue…

This is a brilliant article

…”interest-free loans to related parties on the balance sheet”
Oh really? In my > 40 years in financial markets (Treasury) – where we specialised in the ‘’time value of money’’ – I have never seen an ‘’interest free loan ‘’ – and if I did at any reputable Corporate…I would immediately have pulled the credit and dealing lines!
These so-called ‘’interest free loans’’ could be the ‘’eight wonder ‘’ of the world if a company can do that without suffering the consequences. Maybe that is why EOH reported a 23% slump in headline earnings in the first six months of its 2018 financial year (this despite a 19% jump in revenue). , methinks.

It is sad that the numbers of a JSE listed company with a reasonably long history on the market cannot be trusted. Is the integrity of the auditors being doubted here? Would they not pickup on overstatement of debtors or work-in-progress? These numbers would normally be subjected to strict valuation and recoverability audit tests. I think the market is misreading the information and has undue concerns – EOH is probably among the picks of the year and will yield a great return on investment.

There are statements in the articles such as: “The question shareholders need to ask is what percentage of these trade receivables are likely to be paid?” and “There are often discrepancies with timesheets, etc.”
It is precisely these concerns that auditors should and would have addressed!

Once the various Government Departments and Municipalities pay what is outstanding ( and has been for a while). The books will balance and we can get back to business. There is only so long a Debtors Book can be shown as an Asset. I agree with the Moneyweb Subscriber – EOH is still a good punt.

May I borrow your crystal ball? Mine is very cloudy and shows EOH doing nothing for the next 24 months …

Eskom has been forcing public sector (read municipalities) to pay it first, the imminent threat of cutting power has ensured that they are first in line for payments. This has sucked all the money out of the public sector system and is killing thousands of businesses through cash flow crisis….

It utter disregard for the public sector to not pay invoices on time or atleast reliably, now the private sector suffers and you want to blame the players/management, while its the communists in government sucking the system dry with their parasitic, value destroying conduct…

And this will continue for a long time. Sars under-collected badly so all government departments will be practising paymrnt delaying tactics. Already April is proving to be a bad month for those who deal with Government … and that is why EOH will suffer from cashflow problems; simply too much revenue generated from Government contracts.