Investor briefing shows that people are curious about the new bank, but careful about committing finances.
Adriaan Kruger  /  13 June 2019 00:42
16 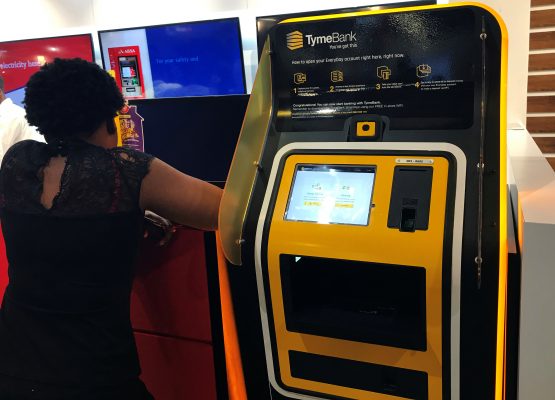 A woman stands next to a TymeBank client onboarding kiosk. Picture: Tiisetso Motsoeneng/Reuters

TymeBank promised to be totally different to the traditional banks everybody is used to. A few months after its launch, a presentation of progress to date at an investment conference in Mauritius showed just how different the bank has turned out to be.

Tyme is unique in that it aims to be a digital bank with little physical infrastructure such as expansive offices, branches in every city and automated teller machines (ATMs) on every street corner. It is also different in the sense that it focuses on the bottom end of the market, working to bring banking services to a segment of the population largely ignored by other banks.

Tyme says it is driven by its conviction that broadening economic participation will unlock human potential in SA, and indicates that access to banking services is the key to the lock. It identifies certain barriers to access, such as a physical one where people find it impossible or inconvenient to visit a bank branch, and a financial barrier in that conventional banking services are too expensive. The third is described as an emotional barrier; people find banking products too complex and do not necessarily trust the institutions.

TymeBank believes that its business model solves these problems. The presentation quotes a list of figures related to addressing the problem of physical access: Tyme has signed a deal with Pick n Pay and Boxer stores, which turns each of the 14 300 tills in these shops into a bank teller through which clients can withdraw cash. It also states that access is available through all ATMs installed by traditional banks.

Read: TymeBank could break even by 2022

However, this hardly gives Tyme a competitive advantage. All the other banks can claim the same access to ATMs, while clients of other banks, notably Capitec, can also withdraw money at pay points of large retailers. The only advantage that Tyme currently has is that clients can also deposit money into their bank account at till points.

Tyme says it has installed kiosks at 500 Pick n Pay and Boxer shops so far, and that it will complete the installation of kiosks at all 730 outlets soon. Once again, other banks have a presence with ATMs in retailers, or nearby, as well. The advantage of the Tyme kiosk is that clients can open a bank account quickly and receive a bank card immediately without Tyme having to open an office in every town, village and city.

Tyme seems to be the winner in the race to offer the cheapest bank account.

There is no monthly fee on its standard account and cash withdrawals at till points, statements and card purchases can be made at no charge.

Tyme says that a comparison of different bank charges shows that it is by far the cheapest bank, with customers paying only R12 for a selection of 12 usual transactions compared to nearly R21 at African Bank and R36 at Capitec. The most expensive bank, according to Tyme’s analysis, is Absa at R46.

But it is the third barrier mentioned in Tyme’s presentation that clients are seemingly still not sure of – trust.

The essence of every bank is its computer system. Most people would not see bank notes for 80% to 90% of their monthly transactions. In addition, a bank note is only a piece of paper that serves as a proxy of value. But it is still important, as are the big buildings with signs, desks, computers and visible employees.

The development of TymeBank will show how important these attributes still are, especially at the lower end of the market. Is cash the currency of choice among TymeBank’s targeted customer base?

Tyme’s presentation indicates that people are taking a cautious view. It shows that some 400 000 people have opened accounts with Tyme, but at the end of May only some 37% of these accounts were considered to be active clients. Tyme reported an average of fewer than five transactions per clients per month.

This leads to the big difference between Tyme and traditional banks – the way in which Tyme aims to earn a profit in a situation where it has few depositors and prospects of attracting deposits seem limited.

Traditional banks operate in a simple yet effective manner. They pay clients 3% on deposits and offer loans to other clients at anything up to 12%, and even more. The difference in interest paid to depositors and interest received from lenders must pay salaries, rent and other costs. Hopefully there is something left to pay a dividend to shareholders, whose investments went into buying computers, desks and carpets.

It has only been a few months, and it remains to be seen whether Tyme will attract significant deposits. The latest figures show that its cash-strapped clients had deposited less than R50 million in total in their transactional accounts. The average balance is less than R500.

TymeBank’s offering to help people save – GoalSave – has attracted less than R115 million to date. This is equal to around R3 200 per client.

The capitalisation of the bank thus falls on the shareholders. African Rainbow Capital Finance Holdings injected R550 million into Tyme in December, and Ethos Artificial Intelligence Fund committed R200 million for an 8% stake recently. It is however interesting to note that this follows a R100 million investment in Ethos’s fund by African Rainbow.

This capital must provide for fixed investment and fund the bank’s operations. It is not a lot of capital, given the stated objective to launch credit products as well, particularly unsecured loans. As to the prospect of success of the bank – only time will tell.

I’ve signed up online. Haven’t gone to the kiosk yet. After reading their complaints on HelloPeter I’ve been second guessing my decision. Their customer service sounds terrible and they don’t respond. Yes, Absa is terrible as well, but they atleast attempt a reply on the HelloPeter platform and they pick up the phone eventually.

Persevere a bit; their designated helpers at the kiosk are quite helpful when you can get hold of one.

Have we become so accustomed to terrible service that we must now cut newcomers slack when their customer service is not up to par? If you can’t bring your A game in the period when you are still wooing customers, it does not bode well. I will steer clear.

I’ve singed up for myself and my girlfriend. We put away a few rand every month into the accounts, mostly because they offer very good rates for small amounts without being a fixed term product. So far the service has been excellent and to date we haven’t paid any fees.

And what happens to your quoted interest rate in instances when the reserve bank lowers the repo-rate? Did you think to ask? The other (commercial) banks, including Capitec, then also lowers interest rates in tandem with the reserve bank….(unless it’s a fixed deposit for a specific term.

i also have an account with them,since last year, solely to exploit the interest rate in the goalsave account , and to date i can say that everything is as promised. Only drawback is that the limit to which you can invest in the goalsave is capped at 100K

And what happens to your quoted interest rate in instances when the reserve bank lowers the repo-rate? Did you think to ask? The other (commercial) banks, including Capitec, then also lowers interest rates in tandem with the reserve bank….(unless it’s a fixed deposit for a specific term.)

I will be free to withdraw my funds immediately and invest elsewhere, or give 10 days notice and receive additional 1% interest. I did test that also, to be sure. In the meantime I’m happy with my roughly R2.50/day/R10000 cash that is generated to me , instead of going to the major banks fees and the fatcat salaries,bonuses and perks.

“Traditional banks operate in a simple yet effective manner…” It’s not quite that simple from a revenue perspective. Lots of revenue comes from wheezes like rejected debit order fees that aren’t always obvious. Other categories include card fees to merchants, forex charges & margins and more. Tyme bank won’t have any of those to fall back on in the short term. Unsurprising they are heading into unsecured lending like hundreds of other entities.

No ordinary comrade; its Mr. Patrice Motsepe’s company, who is also our president’s brother in law.

Certainly a new era in SA for competition in traditional banking and it’s good for customers.
Nedbank CEO made headlines yesterday saying it’s spending massive bucks to stay ahead of the game in smart-product banking and slashing bank fees on new, tailor-made accounts. And of course, unlike the new-age, digital-only new arrivals like Tymebank and others, one still gets the traditional one-on-one personal interaction when you go to your local Nedbank branch; the clerk (a new father of a fist-born) and I ended up having quite a chat about mulberry trees and silk worms, and the need for kids today to take a break from electronic devices and smart phones.

Certainly no bad customer service at local Nedbank branches in the area.

if memory serves, some years back PNP offered an attractive banking product called GloBank? to clients, with minimal charges/good interest rate, etc.For whatever reason it didn’t work out.So Tymebank is (very) cheap and with PNP for now, but for how long?No thanks. 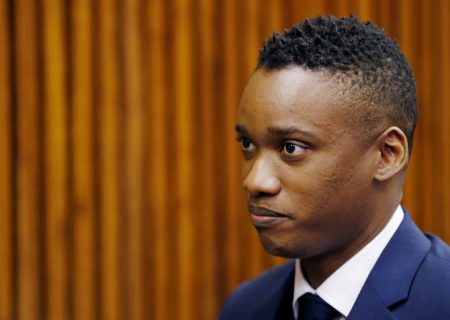