‘The bank is considering alternative credit products which do not carry the same longer-term risk as an unsecured loan,’
By Emma Rumney, Reuters 12 Jun 2020  10:21 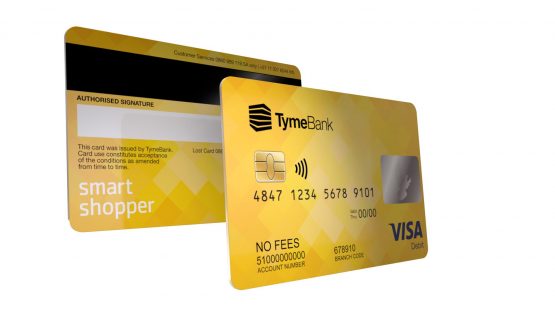 TymeBank is considering ditching an expansion into unsecured loans due to the coronavirus crisis, its owner African Rainbow Capital Investments (ARC) said on Friday.

TymeBank, one of the digital banks launched in South Africa in recent years in a challenge to traditional business models, was already piloting its unsecured term loan product.

“The bank is considering alternative credit products which do not carry the same longer-term risk as an unsecured loan,” ARC said in a stock market update. TymeBank’s low-cost model targets lower-income consumers.

Unsecured lending is not backed by any collateral, making it riskier than loans backed up by an asset such as mortgages.

Two of South Africa’s big four banks have warned that bad debts could surpass the level seen during the global financial crisis as the impact of the coronavirus outbreak takes its toll on already struggling businesses and consumers.

It has also accelerated a shift to online banking, which was expected to benefit lenders like TymeBank. However, its would-be customers open accounts at kiosks, meaning growth in new clients fell by 20% in April, during South Africa’s lockdown.

ARC also said a partnership with Zion Christian Church, which gives TymeBank access to some 6 million members, had been disrupted.

Nevertheless, TymeBank’s customer growth was well above target, ARC said. By the end of May it had acquired 1.8 million customers, and was adding on average 100 000 a month.

This meant it was now likely reach a 2 million customer milestone in August rather than December, ARC said.

ARC added that the bank had secured one partnership that will enable it to offer insurance and was in advanced negotiations on another that would further broaden its products.

Good luck trying to give loans not on merit but to be politically correct to those who cannot afford it in order appease the ANC. Will not invest there.

Frankly, making unsecured loans at the best time is risky; doing it after Covid ensures another previous African Bank scenario.

Congratulations on the 2 million customers. What quality customers are they so by the way?

I closed my Absa Private Bank Account after 38 years with them and have my personal and business account with Tyme bank. I have been banking with them for more than a year now. In the beginning there was some issues with being of line when trying to swipe, but have not had that in a while.

I am very impressed with the simplicity of the product range, yet the fact that they suite all my needs, and bank charges is a fraction of what I used to pay.